Get a free recipe
Subscribe
How Long Does It Really Take to Caramelize Onions?
By: Max Falkowitz 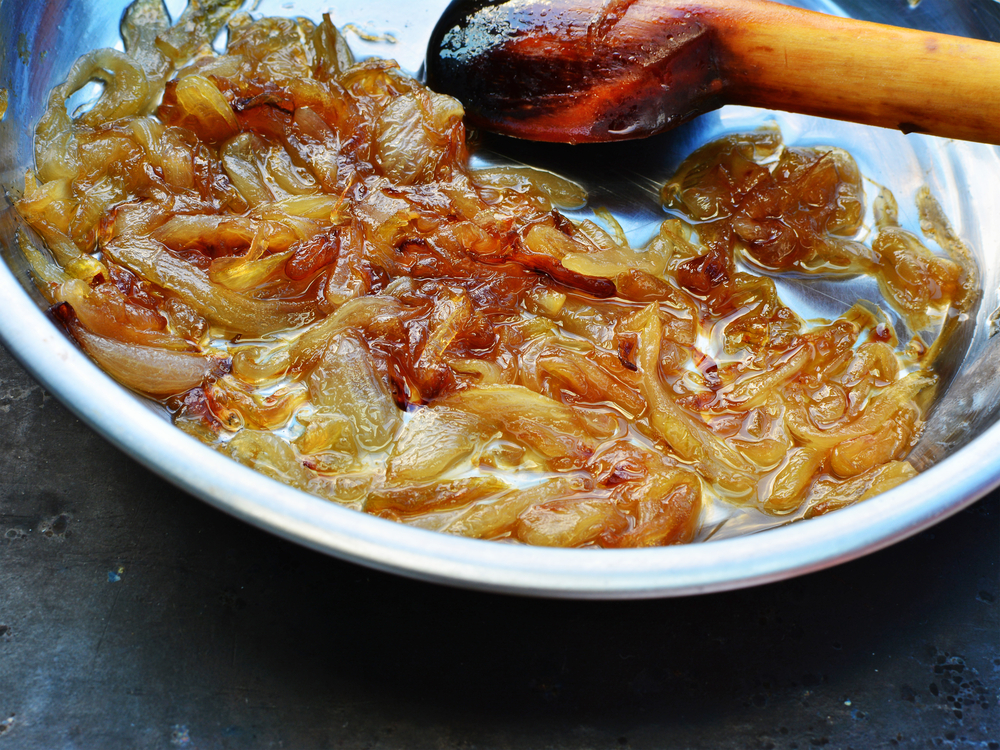 Probably longer than your recipe estimates.

“Soft, dark brown onions in five minutes. That is a lie. There is no other word for it,” writes Tom Scocca in one of the Internet’s greatest cooking screeds, a 2012 article for Slate on a cooking myth that anyone who’s followed a recipe should instantly recognize: Onions always take longer to caramelize than the recipe says. For mahogany brown, jammy-sweet, spreadable-with-a-spoon caramelized onions, plan on 45 minutes to an hour of cooking once the onions hit the pan, which is a lot longer than the 5 to 20 minutes frequently quoted in recipes.

Before onions can caramelize, enough moisture has to evaporate out of the pan for the cooking surface to climb above 212 degrees. That alone takes a while, and once it happens, you’re still committed to stirring and scraping so the onions’ natural sugars break down evenly. If you’re in a hurry, you can speed up the process a little by adding a pinch of sugar, which kick-starts caramelization, or baking soda, which breaks down the onions’ cell walls faster so you can simmer out more moisture.

But as Scocca put it in that timeless story, the best time to caramelize onions is really the day before you need them.