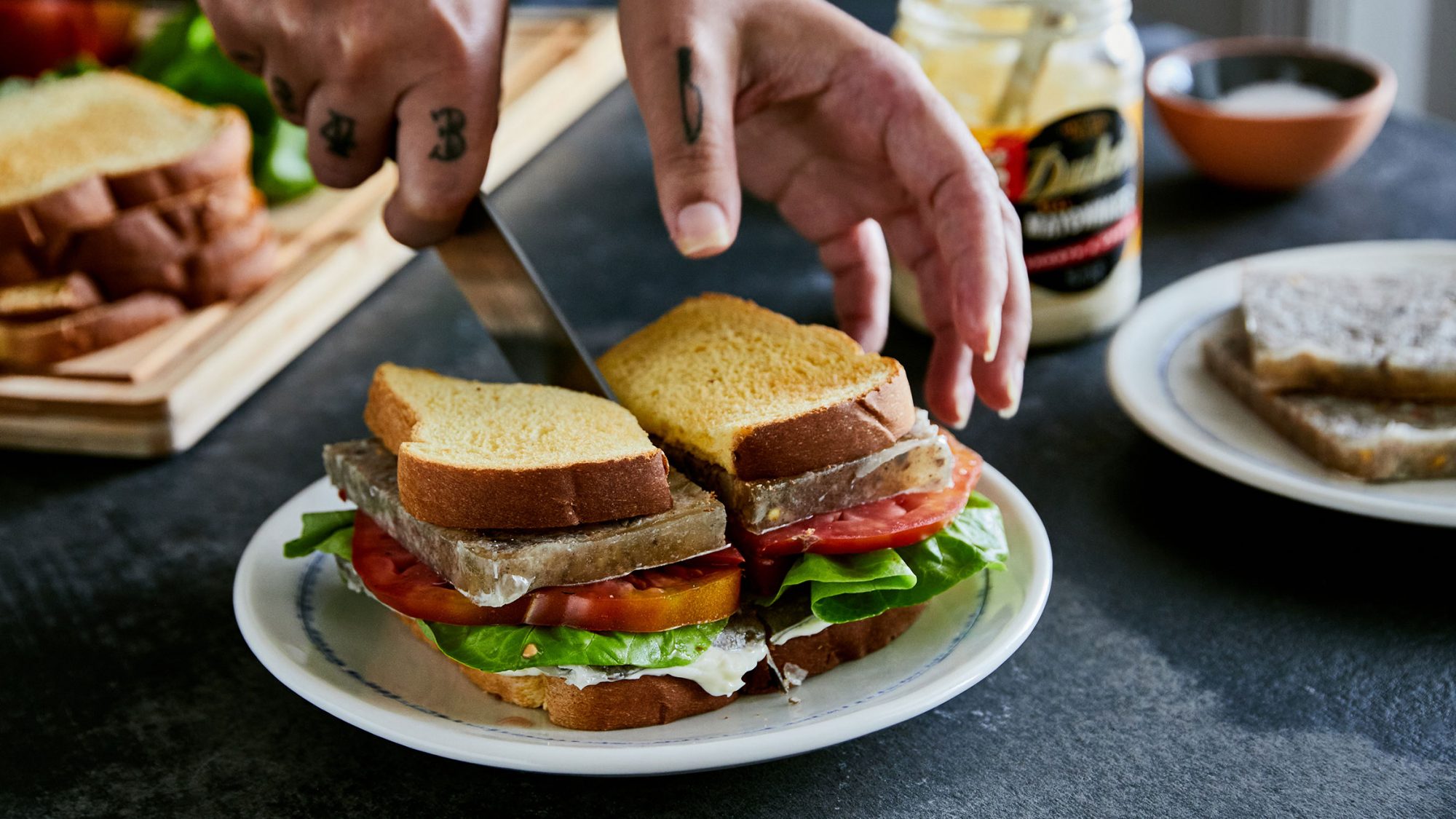 I was probably about ten when I had my first taste of pâté. It was at a small, hole-in-the-wall French bistro and café in Charleston, South Carolina, that I still frequent as an adult. I remember sitting up at the high-top counter and smelling the rich black coffee that was brewing, seeing all the brightly colored murals and pictures of past guests plastered on the walls, and looking out to the left to see horse-drawn carriages clicking and clacking down the street. I’d never been outside my little city (and still haven’t been outside the United States), so for me, that early afternoon lunch was as close as I could imagine France to be. I don’t quite remember which family member I was with, but it was someone who knew how to feed my curiosity and mind with a meal. The plate of pâté arrived in front of me, served with crackers and toasted French bread, a spread of assorted fruits—cantaloupe, watermelon, and strawberries—carrots and cucumber, various circular and square sliced meats, and, laughably, unbelievably tiny pickles. I wasn’t a fan of the small and powerful pickles (they were a big leap from my favorite kosher dills), but the spicy pepperoni and salami-looking slices of cured meat were fantastic and right on par for a kid raised on Lunchables. I took a small bite of the brownish gray pâté without asking what it was (I did smell it, though, a habit I still have when I’m trying something new), and was happy to spread the pasty squares of what I assumed, correctly, to be some sort of meat onto the warm toast points.

These are just a few items in a whole category of Southern pâtés that are beloved, particularly by elders, country folk, and, in my opinion, people who just have good sense and taste about them.

Tasting the slightly herbaceous and overtly livery pâté, the wheels in my tiny brain started turning. The consistency and flavors of the pâté—and really the whole plate of assorted meats and finger foods—were identifiable, despite the fact that I had never had them. The pâté reminded me of the grayish, spreadable meats I’d had many times at home, served along with crackers, a little rice or grits, or just by itself for a snack. Until I was older, I didn’t have a clue what they were called, and only then did I learn I’d been eating livermush, hog’s head cheese, souse, and liver pudding. These are just a few items in a whole category of Southern pâtés that are beloved, particularly by elders, country folk, and, in my opinion, people who just have good sense and taste about them. The rise of the charcuterie craze at restaurants and in all corners of food media over the past decade has been interesting to watch. I enjoy a good board myself—a graze plate of meats, cheeses, breads, and even those weird, tiny pickles that I now know are called cornichons. Charcuterie has a long history, and salty, preserved meats have been found across cultures on almost every continent. The word “charcuterie” loosely means “cooked flesh,” coming from a time when butchers in France couldn’t sell uncooked pork parts due to food regulations, because there wasn’t reliable refrigeration. This has been the impetus for charcuterie traditions around the world: People had pieces of the animal they had to use so as not to waste them, and they wanted to make them taste good.

It’s always a bit funny when I bring up foods like hog’s head cheese (a gelatinous terrine made from every possible part of the head of a pig, checkered with chunks of pork), souse (a pickled version of head cheese), or liver pudding (it’s a pâté!) to people outside of the Deep South, because they’re almost never given the same reception as chicken liver mousse, salami, or duck galantine. But if these same folk were to encounter them laid out on a wooden cheese board with grapes and Marcona almonds, presented without their countrified names, I wonder how their perception would change.