Get a free recipe
Subscribe
Is Live Octopus Really Alive When You Eat It?
By: Max Falkowitz 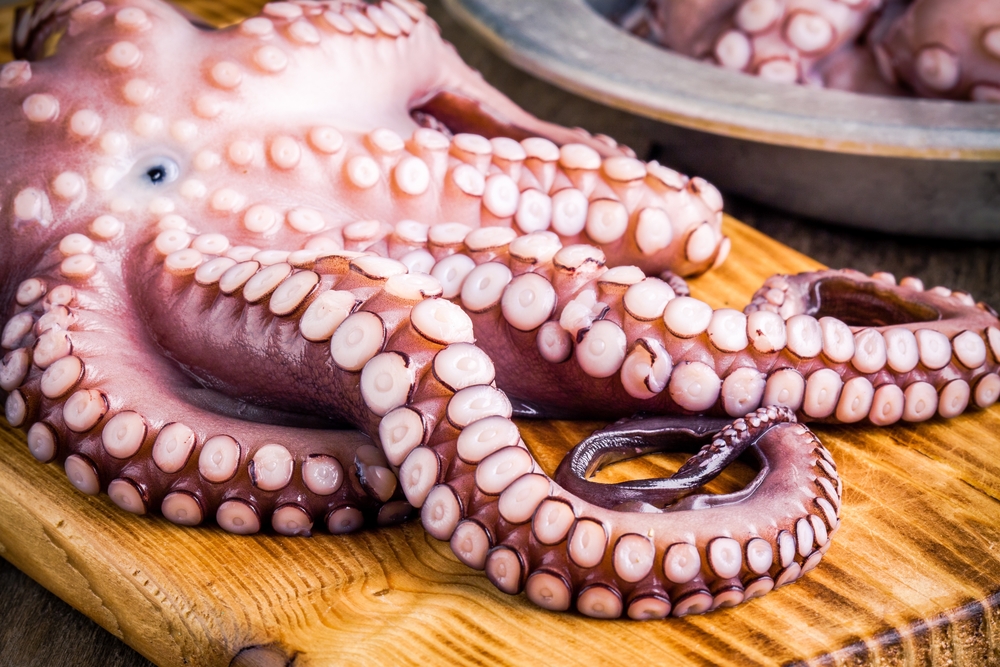 And given its intelligence…should we eat it at all?

There’s a popular Korean dish that involves raw octopus so fresh it’s actually alive, or so the name “live octopus” would suggest. If you order it, you’ll be met with chopped baby octopus tentacles still wriggling on the plate, served with minimal accompaniments like slivers of garlic and a dish of soy sauce.

The tactile wiggle is the appeal: a food not just with refreshing chewy texture, but motion. But is the octopus truly alive at this point? Not really. Octopus limbs can’t sprout new parts like a starfish can, and they decompose quickly. They are, however, full of neurons, which act in concert with the creature’s brain and continue to fire after death. They fire so much that the tentacles wriggle for a long time even after the octopus is dead.

Separate from the live-octopus question is an active debate as to whether we should eat octopus at all, given its impressive intelligence as demonstrated through tool use, problem solving, and ability to escape supposedly secure containers. This is a moral question as much as a scientific one, but considering how different an octopus’s intelligence is from our own—it literally thinks on its feet, for one, in a neural system wildly unlike ours—we may never know what the octopus itself thinks about the issue.