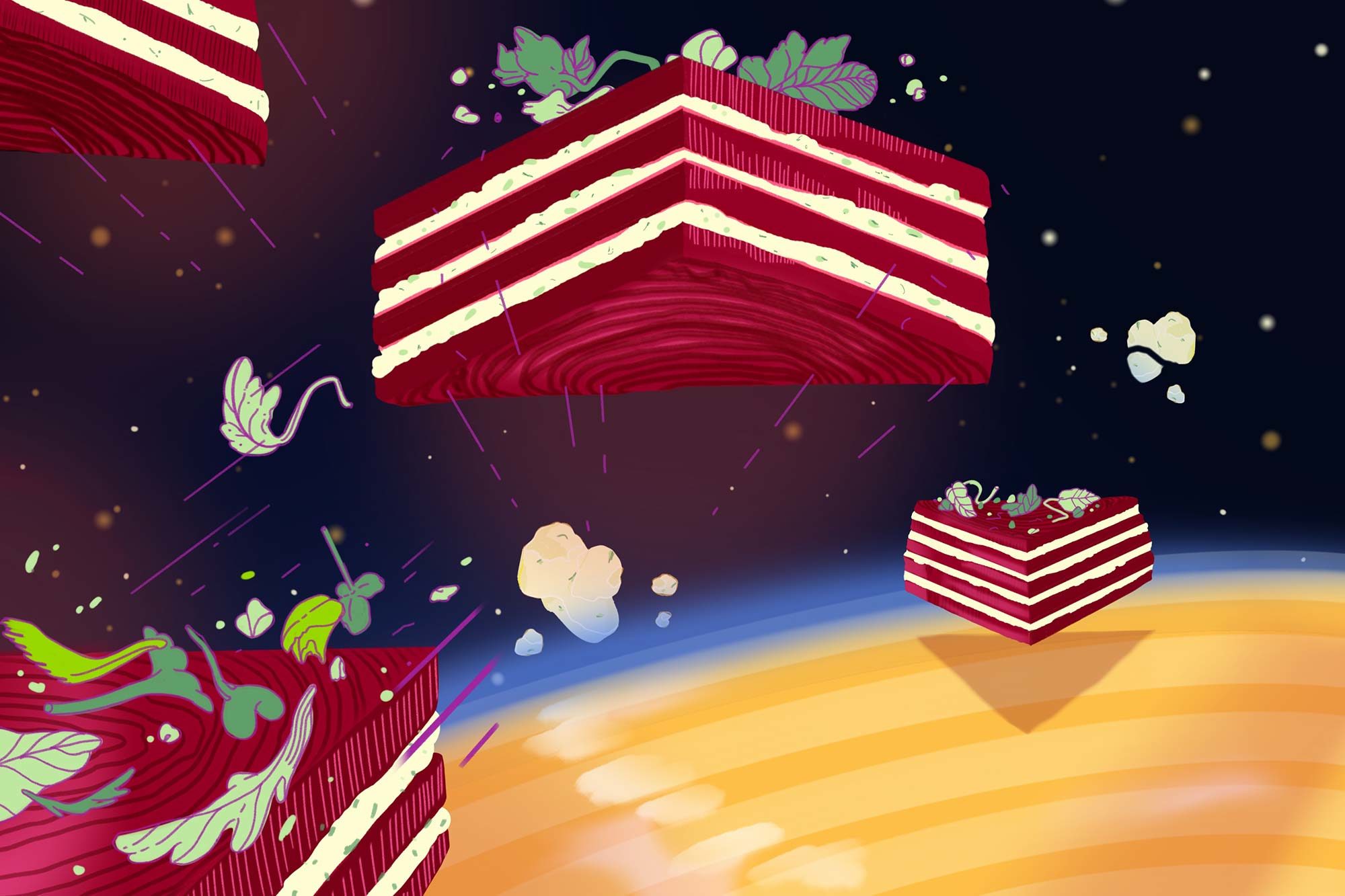 Chefs love to reinvent it. Critics love to hate it. Maybe it’s time to just let it be.

Molten chocolate cake. The Cronut. Beet and goat cheese salad. The cycle is as predictable as the seasons: A dish so brilliant that it captures the very essence of a moment in culinary history. A wave of imitation follows. The dish falls into the realm of cliché, aggravating critics but delighting the masses. And then…what then? At what point does something become canon? When do we relent and admit that the merely ubiquitous has finally become classic?

When it comes to the union of beets and goat cheese, I’m on the fence. Nothing on a menu points to a particular brand of deficit in imagination—sometimes branded as “the easy way out”—as this particular salad. As a professional restaurant critic over the last two decades in Atlanta, Los Angeles, and Australia, I’ve seen every possible imagining of this dish. I’ve slogged through goat cheese foam and golden beet squiggles. One of the meanest paragraphs I’ve ever written in a review was about a beet and goat cheese salad:

A beet salad, accompanied by goat cheese “panna cotta,” was a plate of beets that, as my friend said, “Might turn children off of vegetables forever.” They tasted like they had been cooked last week and refrigerated next to an uncovered vat of liquid aspirin. The goat cheese thing—it certainly was not panna cotta—had the consistency of half-dried caulk. It was like part eraser, park chalk, part Bazooka gum. But goat cheese flavored.

And yet? There is a reason that the combination of beets and goat cheese has staying power on American menus. Is anyone really sick of this salad, except for professional eaters and dedicated malcontents? How is it different, in terms of cliché, than the no-questions-asked Caesar salad? Is it just that one has been around longer than the other, has stood the test of time, and is now worthy of our admiration? Or is it that beets and goat cheese are a reminder of the 1980s, of Los Angeles, of an era and a cultural genre that we’re still not 100 percent sure we want to acknowledge as great, let alone canonize?

While beets and creamy cheese have played in tandem for centuries, particularly in Mediterranean cuisines, goat cheese was rarely eaten in America until a woman named Laura Chenel started producing her now omnipresent logs of chevre in the Bay Area in 1979. One of Chenel’s first customers was Alice Waters at Berkeley’s Chez Panisse, who, beginning in 1981, cut the cheese into rounds, breaded and baked it, and served it on a bed of mesclun greens.

Is it that beets and goat cheese are a reminder of the 1980s, of Los Angeles, of an era and a cultural genre that we’re still not 100 percent sure we want to acknowledge as great, let alone canonize?

But the now ubiquitous combination of beets and goat cheese is likely so pervasive thanks to Wolfgang Puck.

“I grew up in Austria, where there were plenty of beets in the wintertime,” Puck recalls of his childhood. “We would farm them in the summer and then freeze them because they hold up really well. My mother would make different types of beets, like sweet-and-sour beets, mix them into a salad, add some goat cheese. That’s when I fell in love with the taste of these two together.”

When Spago opened in 1982, Puck remembers “playing around a lot with goat cheese, putting it onto pizzas, main dishes, salads. And then we finally added both the beet and goat cheese together, just like how my mother made.” The result, which Puck called a napoleon, has been credited as the dish that started the craze. Thin layers of roasted beets were stacked with smears of goat cheese, forming a luxurious wedge of goodness—like a tiny, sweet, tangy, earthy slice of layer cake.

Spago and the 1980s represent glamour and excess—ideas that we seem happy to celebrate when they are the product of other cities, but that we view as inherently empty and easy to mock when they occur in Hollywood. In the case of beets and goat cheese, the mocking never really ceased, but its inherent deliciousness also made the combination unstoppable.

“Two previously despised flavors, the earthiness of beets and the, well, goatyness of goat cheese, miraculously disappear when married together,” says Evan Kleiman, the host of KCRW’s Good Food. Kleiman owned and operated Angeli Caffe in Los Angeles during the rise of goat cheese as a staple of California cooking. While she never served a beet and goat cheese salad at Angeli, Kleiman did pair goat cheese with another oh-so-’80s ingredient: sun-dried tomatoes. Instead, she used beets to flavor pastas. But, she says, even today, when she’s teaching cooking classes, people object to the use of beets unless it is in the context of a beet and goat cheese salad.

“Two previously despised flavors, the earthiness of beets and the, well, goatyness of goat cheese, miraculously disappear when married together.”

By the mid-1990s, beet and goat cheese salad was everywhere, and it served to inspire chefs beyond the salad plate. One of my formative food experiences was working in a restaurant in Brooklyn in the early aughts where the food changed constantly. The one savory item that never went off the menu was an appetizer of goat cheese ravioli with a sauce of diced beets in a liquid that was basically concentrated borscht. The chef joked that diners would riot if he ever tried to lose the dish.

These days, my quibble with beets and goat cheese is that most versions are fairly terrible. Beets are already sweet, and yet the urge to make the salad sweeter is often humored. Candied nuts are common. The use of raspberry vinaigrette, one of America’s greatest crimes against salad, is rampant. Much like the Caesar salad, the co-opting of beet and goat cheese salad by the chain restaurants and mediocre bistros of America has done the original dish no favors. And, as with the Caesar, I think there is hope for redemption.

A couple of years ago, in a small restaurant in Venice, California, called Chez Tex, I had a beet and goat cheese terrine that was much closer in spirit to Puck’s napoleon than any squiggly, foamy salad I’d had elsewhere. Nigella Lawson has a recipe in her book At My Table that ingeniously uses passionfruit in the dressing for a burst of fruity acidity (minus the saccharine quality found in almost all raspberry dressings) that is downright thrilling.

Serious (and critically beloved) restaurants are taking up the mantle: MeMe’s Diner in Brooklyn serves roasted beets with whipped goat cheese and walnuts as a side.

Meanwhile, restaurants like the Cheesecake Factory, which used to boast beets and goat cheese as one of its most popular dishes, have moved on. Instead, they now serve a salad I’m sure we can all agree to deride without ambivalence: kale and quinoa.