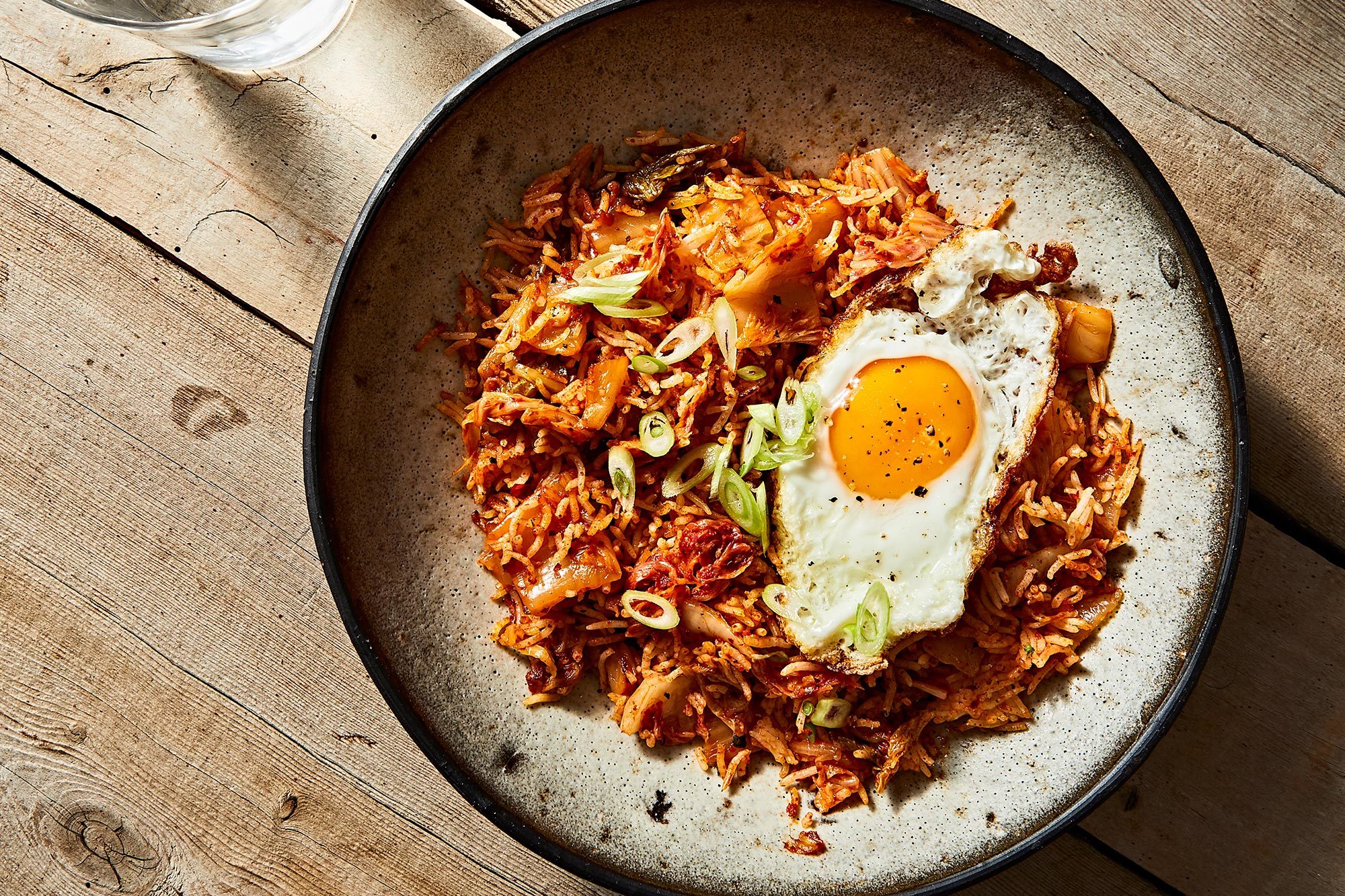 Give day-old rice a second life with kimchi and Heinz.

Drape a traditional fluffy omelet over a heap of ketchup-flavored fried rice, and you have omurice, a simple yet surprising meal derived from Yōshoku—the Japanese style of cooking that interprets Western recipes. But ketchup rice alone (sans egg) can be equally unexpected and satisfying.

While this adaptation adds a distinctly Korean influence to the mash-up with jarred kimchi (I prefer a standard napa cabbage version for this), it’s philosophically inspired by my Filipino-American upbringing. Like many of the 10 million Filipino immigrants scattered across the globe, my parents, who immigrated to California in 1990, improvised using local ingredients.

I grew up eating variations on the same recipes, depending on what we could afford that week. Kaldereta, a meat-and-vegetable stew cooked in tomato sauce, was a staple dish for our family. My parents usually made it with chicken and offal, but they would lean in heavy with potatoes and bell peppers if we had less money or replace the chicken with beef if we had more. Rice, though, was a constant, transformed in infinite ways. We boiled it into porridge, mixed it with chocolate, steamed it with broth, and, yes, fried it with Heinz ketchup when we couldn’t get traditional Filipino banana ketchup.

Like many fried rice dishes, this is a great way to marry day-old rice with the stray veggies from your crisper, adding pungent, umami-rich ketchup and kimchi. With a little mellowing time in a hot skillet and a fried egg on top, it’s a dish whose sum is much greater than its parts.

Vera Blossom is a writer and artist born in the Bay Area and raised in Las Vegas. They are proudly Filipinx-American and passionate about fashion, film, food and many other deeply shallow things. They hope to one day own a small town diner in the countryside.