Get a free recipe
Subscribe
How Did Ketchup Become the Default American Condiment?
By: Max Falkowitz 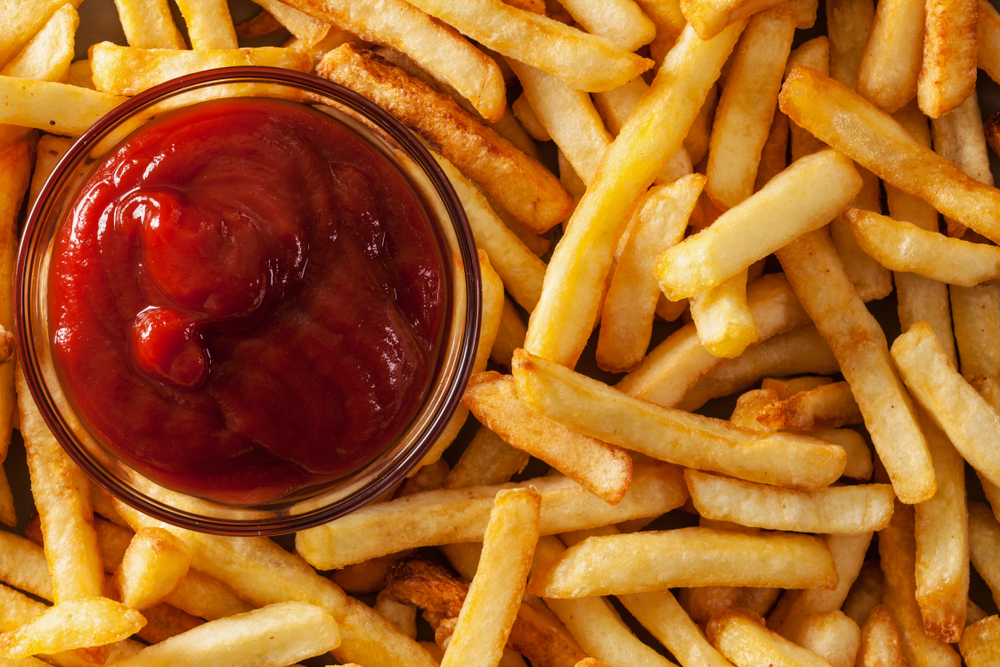 It’s in almost every American kitchen. But it comes from the other side of the world.

Mayo may be the top-selling condiment in the United States, but no sauce is more iconically American than ketchup. Which is a strange thing, considering it’s actually the many-times-removed cousin of the fermented fish sauces used in Southeast Asia and southern China.

In a history of the condiment, National Geographic describes how 17th- and 18th-century British traders became attracted to a dark, intensely savory fish sauce that Hokkien Chinese called ke-tsiap. Early British recipes for a DIY alternative used other umami-rich ingredients, like anchovies, mushrooms, and oysters, to replicate that savory flavor, and it wasn’t until 1812 that scientist John Mease published the first recipe for tomato ketchup, made with tomato pulp, spices, and brandy—but none of the sugar and vinegar that lend modern ketchup its twang.

Several 19th-century cookbooks and recipe supplements went on to share tomato ketchup recipes, which grew in popularity in the U.S. as tomato propagation grew more widespread. (Tomatoes, after all, contain many of the same glutamic acids as anchovies and Parmesan cheese, making them natural alternatives for a rich, savory sauce.) By the time Henry J. Heinz bottled his first batch of ketchup in 1876, the country wasn’t just ketchup-mad—they wanted a store-bought ketchup that was shelf-stable without the dangerous preservatives of the era.

Heinz developed a high-acid, high-sugar recipe that allowed for preservative-free tomato ketchup, and once it took off, recipes for homemade tomato ketchup disappeared fast—because they didn’t taste enough like Heinz.