Get a free recipe
Subscribe
How Do You Keep From Crying When Cutting Onions?
By: Max Falkowitz 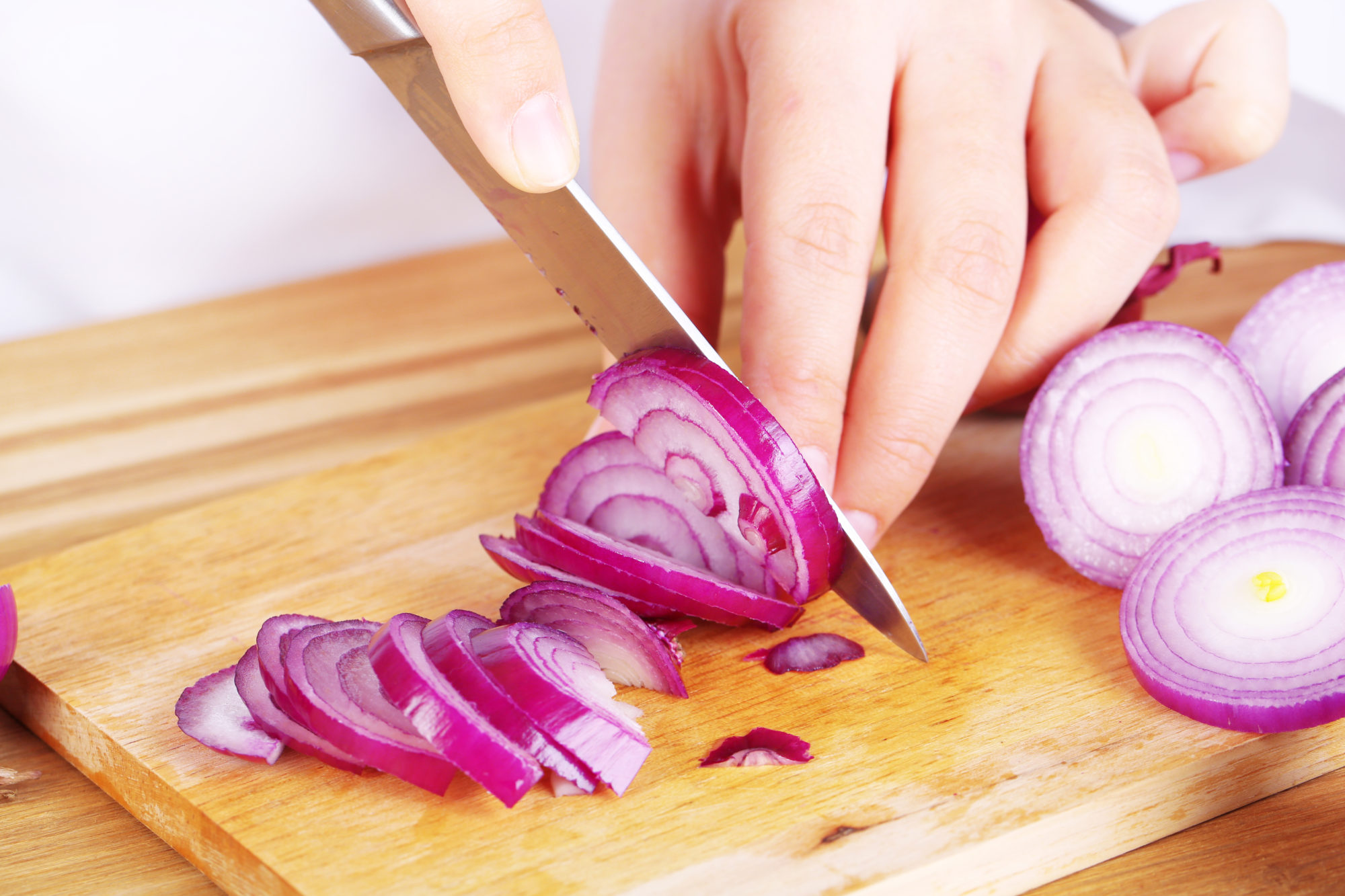 Which hacks work and which ones are just…hack jobs.

The humble onion lies at the heart of countless recipes, but at the heart of the onion itself is a chemical weapon. Specifically, the building blocks of syn-propanethial-S-oxide, an amino acid that forms when you slice into an onion, and the cause of your itchy, watery eyes when you chop. Home cooks have suggested all sorts of methods to keep onion tears at bay, from munching on a slice of bread while you chop (pretty pointless) to freezing your peeled onion for 10 minutes before dicing (somewhat effective, as it makes those volatile compounds less potent).

But the single best way to shut off the waterworks is to keep your knife as sharp as possible. The onion’s obnoxious oxides only release when you breach the vegetable cell walls, and the fewer cells you breach, the less intense the onion stink. A razor-sharp knife cuts clean and precise, which means as few cell walls as possible are damaged with each stroke. So break out the honing steel…and leave the bread in the bread box.