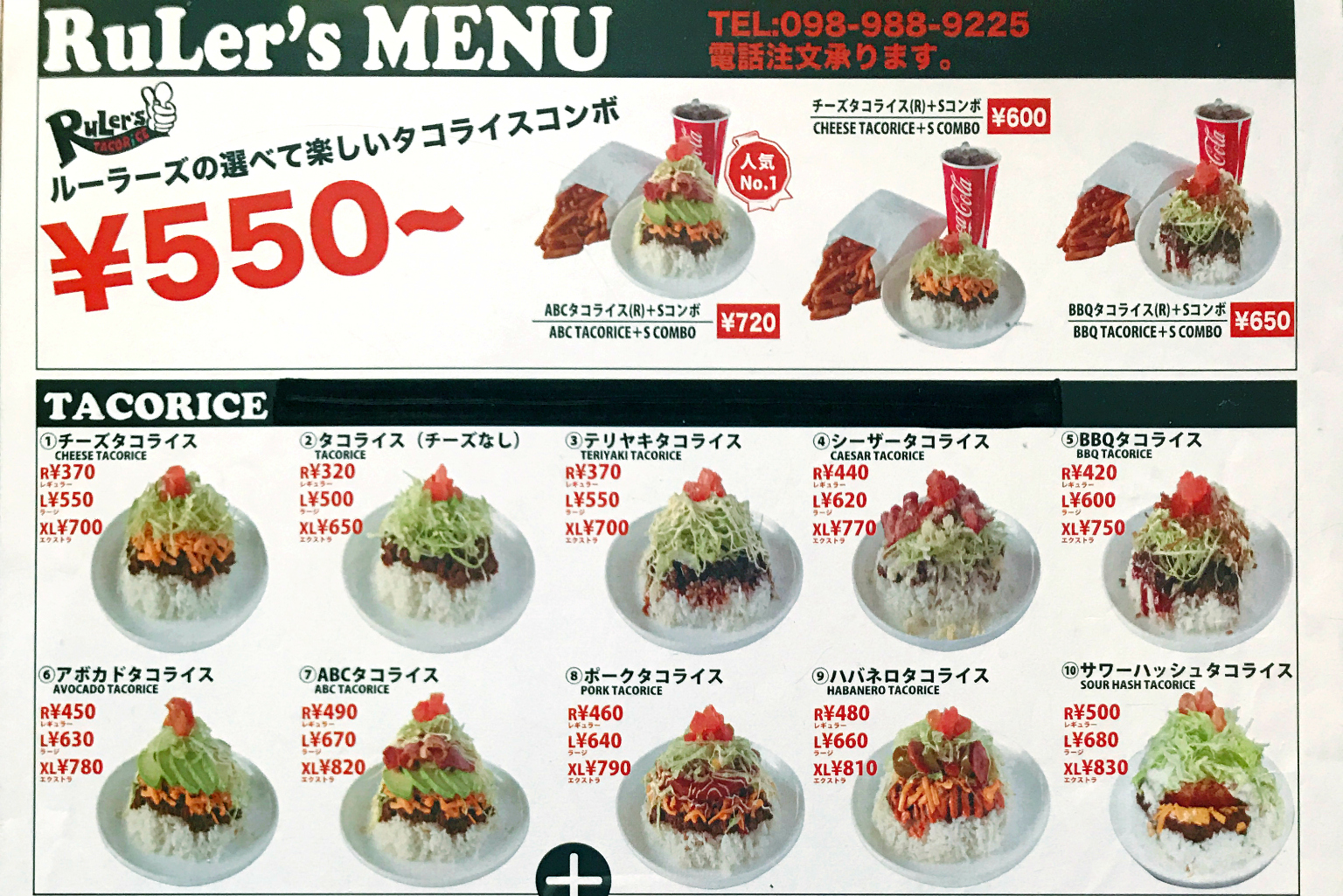 Taco-seasoned ground meat, served over rice, has become incredibly popular in Japanese kitchens. So where did it come from?

A couple years ago, in chef Shinobu Namae’s serene subterranean kitchen at L’Effervescence, a Michelin two-starred restaurant in Tokyo, I found myself celebrating Taco Tuesday with an Okinawan neoclassic dish.

This wasn’t my first staff meal. I had the chance to sit down to many while working double shifts at a chicken wing place in Boston during college—usually featuring teriyaki tenders and a plastic quart container of ice water—and as a photographer at NYC’s Per Se, where we ate a rendition of Thomas Keller’s double-fried Ad Hoc chicken.

No matter what’s on the table, all staff meals have a similar makeup—be it a dishwasher cooking his family’s secret recipe or a sous chef trying to use up excess vegetables to make room in the walk-in. It’s sustenance for before, or after, the long shift ahead. Staff meal at L’Effervescence was no different. That day, the crew was having what they called tacoraisu, or taco rice. Somehow, despite being thousands of miles removed from my hometown of Croton-on-Hudson, the dish evoked weeknight meals I ate growing up outside of New York City. A thick and tangy meat sauce resembled a soul-satisfying tomato-based Bolognese, but this one was redolent of store-bought Tex-Mex taco seasoning packets, a zesty blend of earthy and slightly spicy warming spices.

Upon my return home to Brooklyn, I couldn’t believe taco-seasoned ground meat was found in Japanese kitchens. How did the seasoning even get to Japan? What was its alleged role in the country’s cultural heritage? I reviewed menu archives and articles to find taco rice was invented in Okinawa after World War II, when the island, 400 miles south of the Japanese mainland, first became home to many G.I. inhabitants from the United States. (To this day, 25,000 U.S. military personnel are still stationed at army bases across Okinawa’s 70-mile-long and 7-mile-wide land mass.) And with it, this new population brought a new set of pantry provisions. But somehow taco rice had found its way off the atoll and into the hearts of many Japanese. I get it: We are the sum of our cumulative eating experiences. But to find a Tex-Mex seasoning packet dumped over sushi rice? That seemed a quantum leap, and I had to know more. In 1956, an Okinawan chef named Mr. Charlie opened a shop called Charlie’s Tacos in an effort to cater to the island’s new inhabitants. With taco shells made of rice flour, Charlie’s was the first “taco place” in Okinawa serving “Mexican” food, with a concentration on crispy tacos. A number of spots with a similar menu opened in the years after, but it wasn’t until the mid-1980s that Matsuzo Gibo of King Tacos, the contemporary forerunner of taco rice in Japan, introduced his signature dish. Situated a mile away from the main gate of the Marine Corps base Camp Hansen, King Tacos still serves this dish with the usual taco fixings: shredded lettuce, diced tomato, salsa, and shredded cheese, all atop ground beef and perfumed by the usual powdered chili, garlic, onion, dried oregano, and ground cumin. But this taco meat is cooked with Japanese ingredients: soy sauce, mirin, and sake play a role, too.

Okinawan taco rice went on to become a phenomenon across Japan, with Kentucky Fried Chicken franchises featuring it in the 1990s. Yoshinoya, a countrywide gyudon (beef and rice bowl) chain, offers the dish at its Okinawa locations, and Taco Bell in Tokyo’s Shibuya district continues to sell a taco rice bowl with a side of French fries. Recently, the dish has been reclaiming its roots in Okinawa, as fashionable fast food restaurant RuLer’s just opened in Ginowan with long lines of people waiting to try ten different styles of taco rice, including teriyaki, BBQ, and even a Caesar salad version.

Ever since I had taco rice at L’Effervescence, I’d been keeping an eye out for it at Japanese restaurants in New York. It took a couple of years, but I finally happened upon it at Brooklyn’s House of Small Wonder, a sort of indoor treehouse. The tiny café sits next door to its brother restaurant, Zenkichi, a den of dark wood and partially enclosed rooms where guests are delivered a sophisticated omakase menu that pairs modern cooking with traditional Japanese techniques. House of Small Wonder is a stark contrast. Mami-san, the easygoing manager, calls it a European café, more attuned to daily ruminations than deep navel-gazing. At House of Small Wonder there’s no Wi-Fi and no clock on the wall, and it is cash only—all meant to allow patrons the space to “think about the small things.” In the middle of the room, an old ash tree rises through the greenhouse-like pitched roof, viewable from the sidewalk on the gentrified North 6th Street of Williamsburg, Brooklyn—but only if you know to look for it.

The taco rice here is a taco-donburi (rice bowl) hybrid: A blend of ground pork is cooked into a sauce made from ketchup, Worcestershire, sugar, and a little squirt of Sriracha. Rather than utilizing store-bought taco seasoning packets, the only dry ingredient is black pepper; the meat has noticeable umami depth, rather than a Tex-Mex flavor profile.

The rice is important, too. The short-grained Japanese variety is stickier than typical steamed white rice and resembles what’s used to make onigiri, allowing the meat sauce to stick like a BBQ sauce would to a rib.

An intricate salad of shredded spinach, sliced red peppers, chopped tomatoes, and cubed avocado surrounds a mound of warm rice, which gets topped with grated Gruyère cheese—a nod to the restaurant’s slight European bent—whereas white or yellow cheddar is more typical in Japan. The meat sauce is heated in a microwave and poured over the rice. And then, as if this all weren’t enough, a fried egg crowns the dish, upping the richness in a truly ridiculous way.

Mami-san says taco rice was the first thing she learned how to cook from her family. Still in her 20s, she lives at home, the oldest of three school-aged sisters, and while her parents work late, she’s often responsible for putting dinner together. “It’s actually pretty easy, and everything can be made ahead. The hardest part is really reheating it all when you’re ready to eat,” she says.

Mami-san serves me up a plate, and I sit down for lunch. The cheese melts ever so slightly, and the creamy egg yolk mixes in the glutinous bed of rice below. I’d hate to use a cliché and call this hangover food, but considering I was a bit hungover from an overzealous night before, I can honestly say this taco rice revived me, and even my sense of the world. Mami-san says feeding people is all about ichizu, a term that means “earnest or wholehearted.” I didn’t know if she meant I should feel an unconditional love for taco rice, or humankind in general, but if you think about it, it’s really one and the same.