Get a free recipe
Subscribe
The Japanese Citrus Missing From Your Marinades
By: Linda Schneider

I first encountered yuzu at Pearl Dive Oyster Palace in Washington, D.C. The briny oysters on the half shell that I ordered were accompanied by a fragrant citrusy mignonette that was unlike any fruit I had tasted before. It was like a cross between a mandarin orange, a grapefruit, and a Meyer lemon, and its aromatic, floral quality left a lasting impression on me. I was eager to track some down to experiment with at home.

The yellow fruit, which is about the size of a tangerine, is part of a long tradition in Japanese, Korean, and Chinese cooking. Its roots (literally) can be traced to China, and it is believed to be a hybrid of Ichang papeda (a type of Chinese citrus) and sour mandarin orange. Yuzu is a key ingredient in ponzu sauce,as well as yuzu vinegar. It can be used in sweet preparations, such as marmalades, tarts, lemon curds, or sorbets. It makes a great addition to liqueurs or cocktails like saketinis, sours, margaritas, and palomas. In Japan, its rind is fermented along with green or red chiles and salt to make a spicy condiment called yuzu kosho. You can add yuzu kosho to any dish for a pleasant citrusy, salty kick of heat.

Beyond its culinary uses, yuzu is often lauded for its restorative and medicinal qualities (it’s packed with antioxidants and has three times the vitamin C of a lemon). There is a Japanese tradition of bathing with yuzu, known as yuzuyu, that dates back to the 18th century and is associated with the winter solstice (toji). Whole yuzu fruits are floated in hot water baths, releasing their aroma. The yuzu bath is said to guard against colds, treat rough winter skin, warm the body, and relax the mind.

While yuzu has grown in popularity in recent years, it can still be hard to find in the United States. I commonly find pressed yuzu juice at Japanese markets or online, and it’s become my go-to secret vinaigrette ingredient when I have guests over for dinner. As for the fruit, you can occasionally find it when it’s in season, between September and January. Better yet, if you live in a temperate region, you can buy a yuzu tree and have your own supply. 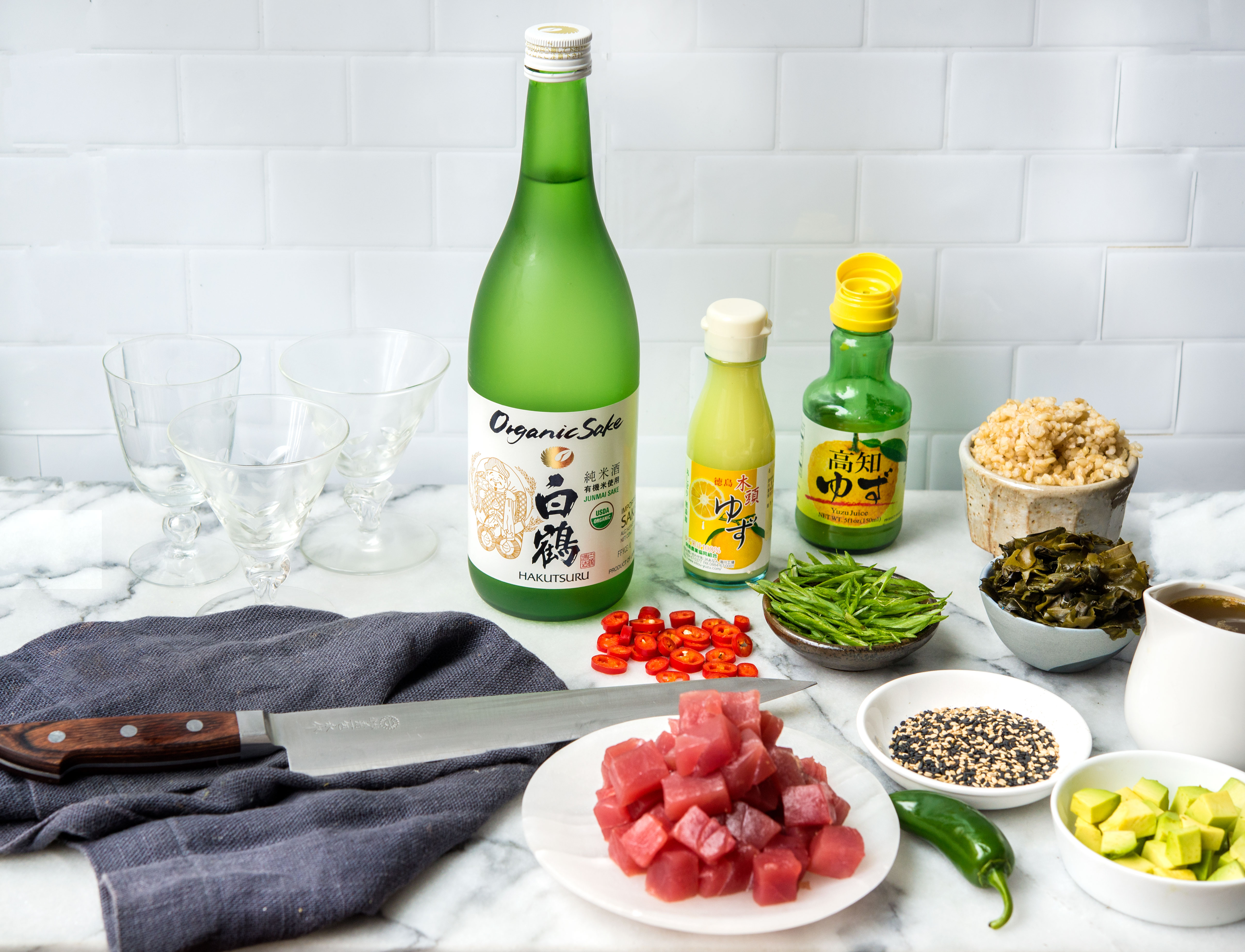 I love the way aromatic, citrusy yuzu complements the mild, fatty flavor of raw tuna. I’ve made renditions of this dish many times. It’s my go-to dish when I have (fish-loving) friends over for dinner. It’s incredibly easy to pull together and invariably well received. Sometimes I pair yuzu dressing with seared tuna, but when you happen to have access to local, sushi-grade tuna, it’s best eaten raw, poke style. Instead of a traditional sesame soy dressing, I tossed the tuna in a yuzu vinaigrette and finished with a drizzle of sesame oil and sesame seeds.