Get a free recipe
Subscribe
Who Invented Spaghetti and Meatballs?
By: Max Falkowitz 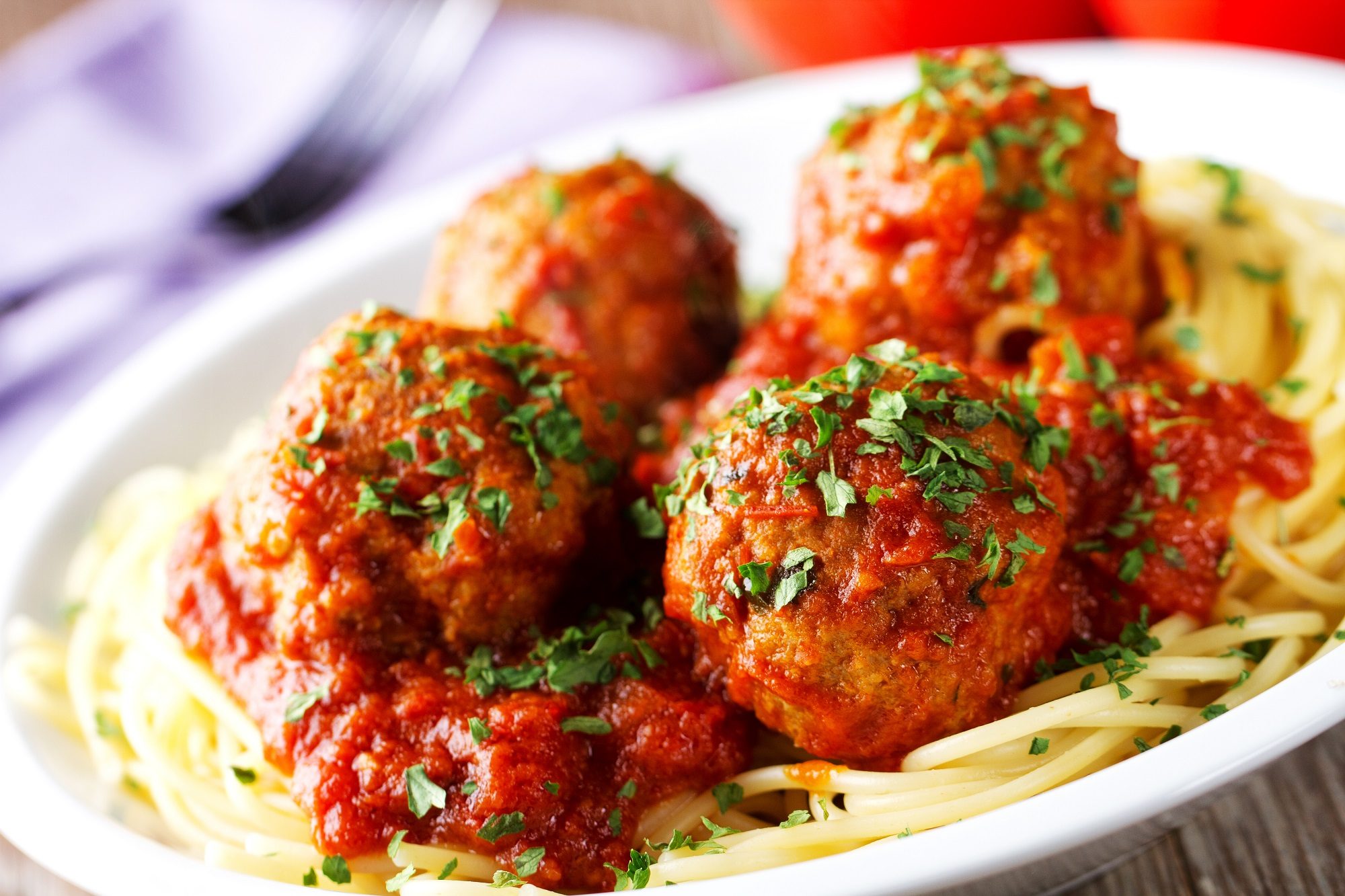 The classic Italian dish you won’t find anywhere in Italy.

Most Italians dig spaghetti. And lots enjoy meatballs, made from a variety of meats, including poultry, and usually served in bowls of soup. But spaghetti and meatballs, together on one plate? Fuhgeddaboudit. That’s because spaghetti and meatballs is as Italian as pepperoni pizza—namely, not at all. The dish as we know it originated across the Atlantic Ocean in New York City, as new Italian immigrants suddenly found themselves neighbors with other Europeans in cramped tenements along Manhattan’s Lower East Side. While classic Neapolitan staples like aged cheeses and Old World produce were hard to find in this brave new world, meat, especially beef sold by German butchers, was abundant.

Once an occasional treat to extend an expensive protein, meatballs could suddenly hit the table once a week. They did, and they grew in size as well, too large for the delicate Italian soups they were made for, but perfect to braise in sauces made with canned tomatoes, which were consistently available in local markets, unlike fresh tomatoes or “exotic” ingredients like garlic. Spaghetti joined the plate by necessity as much as anything else. While traditional Italian wisdom suggests pairing heavy meat sauces with robust pasta shapes that can hold their own, thin, lithe spaghetti was the cheapest and often only noodle available in 1800s New York. So cooks made do—and in turn developed a new classic.