Get a free recipe
Subscribe
Who Invented the Shrimp Cocktail?
By: Max Falkowitz 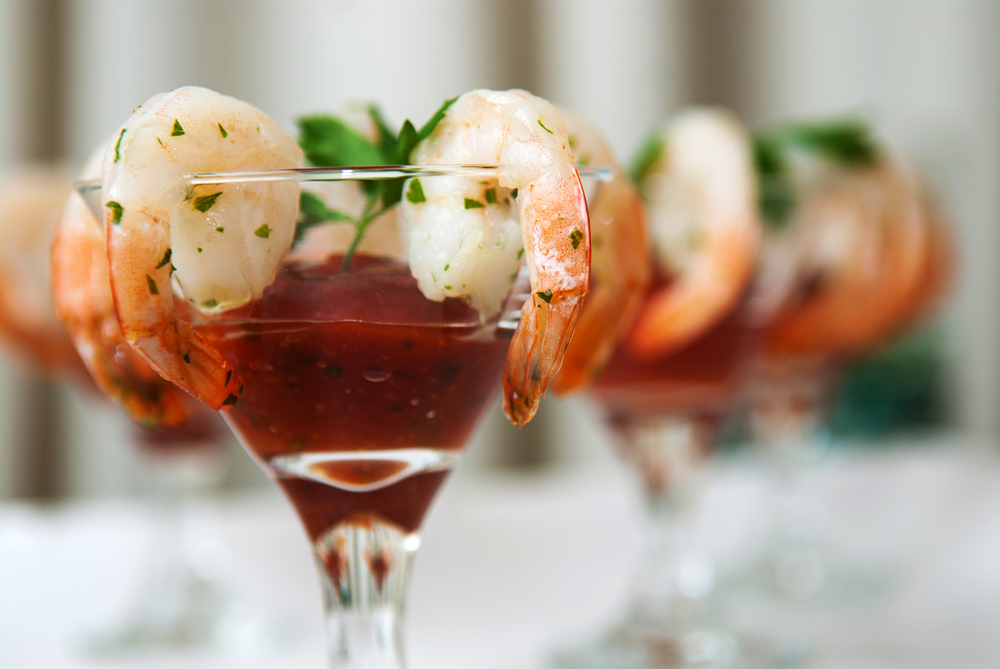 And why it’s called a cocktail at all.

There was a time when seafood cocktail was a literal term. As Nick Kindlesperger explains in the Chicago Tribune, ‘oyster cocktail’ dates back to at least the 1860s on the American West Coast, where a half-dozen oysters might get stirred in a glass with whiskey, Worcestershire, and hot sauce, then swigged like a Bloody Mary crossed with Gaston’s dozen raw egg breakfast. The Industrial Revolution was high time for seafood cocktails of all kinds on a range of formats in both the U.S. and Britain—some literal, with spirits, and others merely stylized by the cocktail’s aura of class.

Shrimp, as an especially perishable ingredient, was one of the rarer seafood cocktails, and wouldn’t become the cocktail creature of choice until advances in refrigeration in the 20th century. By that time, overfishing had devastated American oyster beds, making the bivalves less common, while British eaters moved on to other seafood as options besides oysters became more widely available.

Also read: The Least Stressful Way to Cook a Lot of Shrimp