Get a free recipe
Subscribe
Who Invented Red Velvet Cake?
By: Max Falkowitz 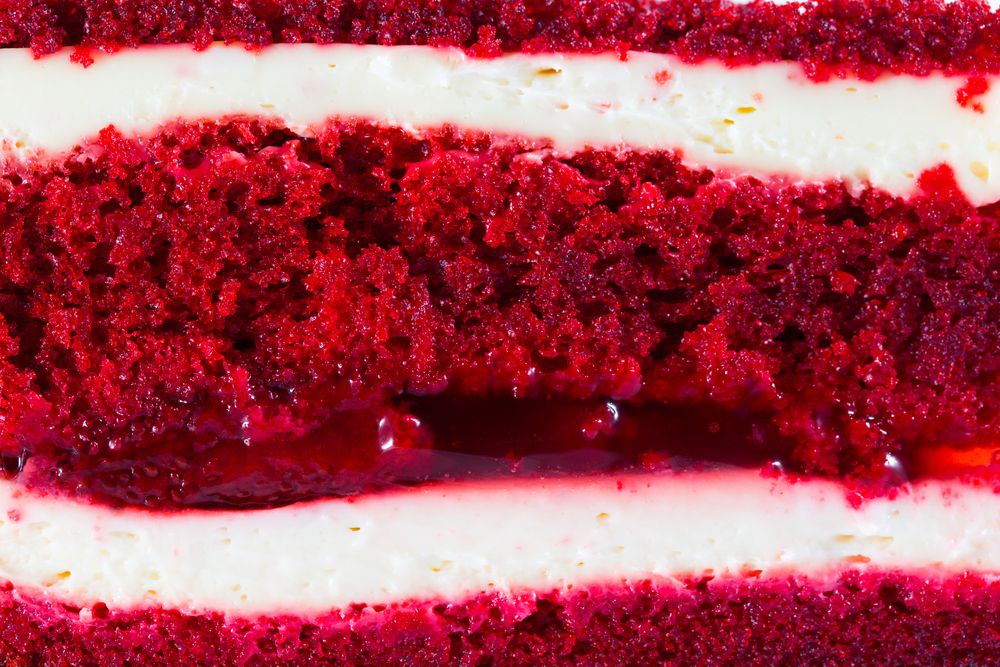 This iconic cake dates back to the 1800s, and the original versions didn’t have a drop of food coloring.

Some American icons, like the Oreo, can be traced back to specific innovative inventors. But red velvet cake is an amalgamation over a hundred years in the making, and it didn’t take the red-dye-cream-cheese-shallacked-sickly-sweet form it has today for decades.

As journalist Kim Severson wrote in The New York Times in 2014, the “velvet” part of the cake came before the red, as “Cooks in the 1800s used almond flour, cocoa or cornstarch to soften the protein in flour and make finer-textured cakes that were then, with a Victorian flair, named velvet.” Cocoa powders in those days were acidic “natural” varieties, as opposed to the darker Dutch process versions used so often today, and the chemical reactions during baking turned those natural cocoa cakes a ruddy brownish-red hue.

Up through the 1930s, that’s what red velvet cake usually meant—a silky soft chocolate-flavored cake. But in 1938, red dye entered the picture thanks to the Adams Extract Company, Severson notes, which started printing recipe cards for velvet cake loaded with the company’s red dye as a way to boost sales. The idea took off, and it changed the meaning of red velvet forever.