Get a free recipe
Subscribe
Who Invented the English Muffin?
By: Max Falkowitz 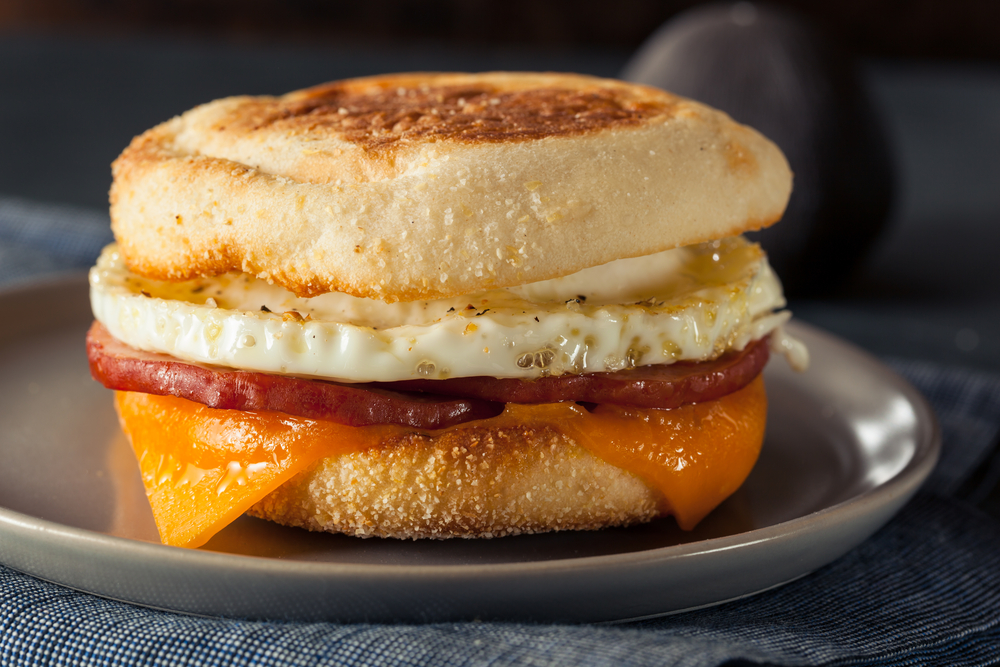 They’re not really muffins, but the term sounded better than “griddle cake.”

Samuel Bath Thomas, an Englishman who migrated to the United States, sold the first Thomas’ English muffin in 1880. But while he’s often credited as the inventor of all things nook-and-cranny, American newspapers were using the term “English muffin” decades earlier to distinguish the breads from American-style muffins baked in ovens. The English muffin, a yeasted bread cooked on a flattop, is one of several kinds of griddle cakes: bread dough or cake batter cooked directly on a griddle, sometimes in ring molds to preserve their round appearance.

Crumpets are also griddle cakes, made with a richer dough and cooked only on one side so expanding bubbles form a honeycomb pattern on the top. The English muffin’s nooks and crannies are pretty much the same thing as that honeycomb, but since English muffin dough is cooked on both sides and is far leaner, the shapes are less distinct and don’t pop through the top of the cake.