Get a free recipe
Subscribe
Who Invented Carrot Cake?
By: Max Falkowitz 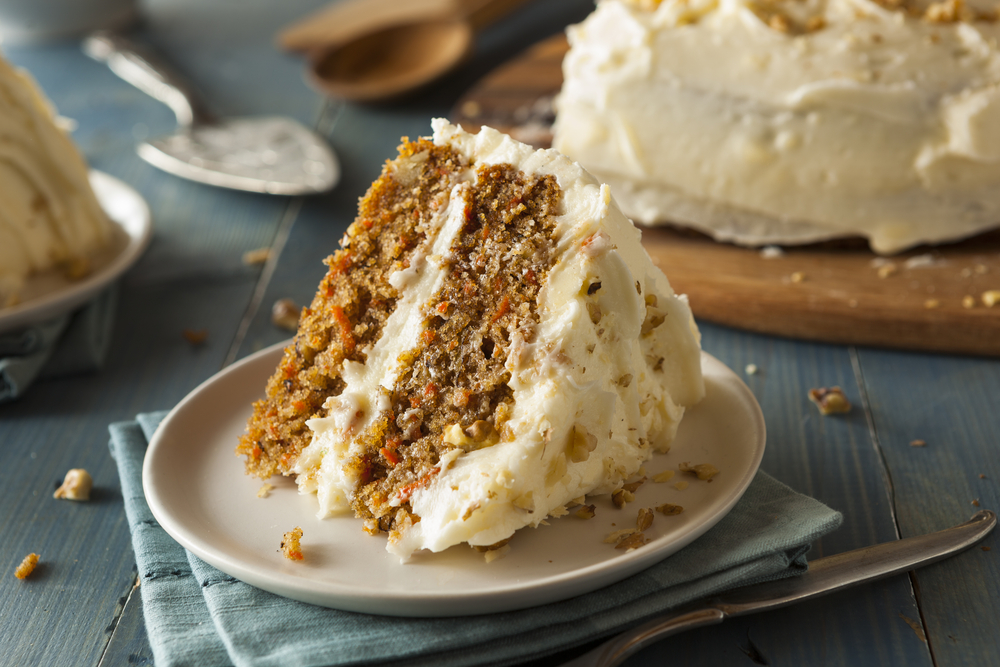 It had nothing to do with cutting back on sugar.

Maybe you’ve been told that carrot cake was a way for beleaguered bakers in times of rationing to keep producing sweet treats for the masses. But that’d be grade A artisanal baloney. Humble foods like carrot cake, cassoulet, and chicken and dumplings often fall victim to what food historian Robert Moss describes as a false poverty narrative, where dishes with a couple luxurious ingredients and a lot of starch are said to be invented as frugal ways to make the most of precious flavors. But in the case of carrot cake, nothing could be further from the truth.

As ovens for baking grew more widespread, the boiling and steaming were replaced by dry heat methods, and the cake developed a lighter consistency with higher quantities of flour and fat. But those Medieval carrot puddings were probably pretty good, and a distant cousin of them lives on in the form of gajar halwah, an Indian confection made of shredded carrots caramelized in ghee with sugar, spices, and sometimes dried fruit and nuts.