Get a free recipe
Subscribe
Who Invented the Buffalo Wing?
By: Max Falkowitz 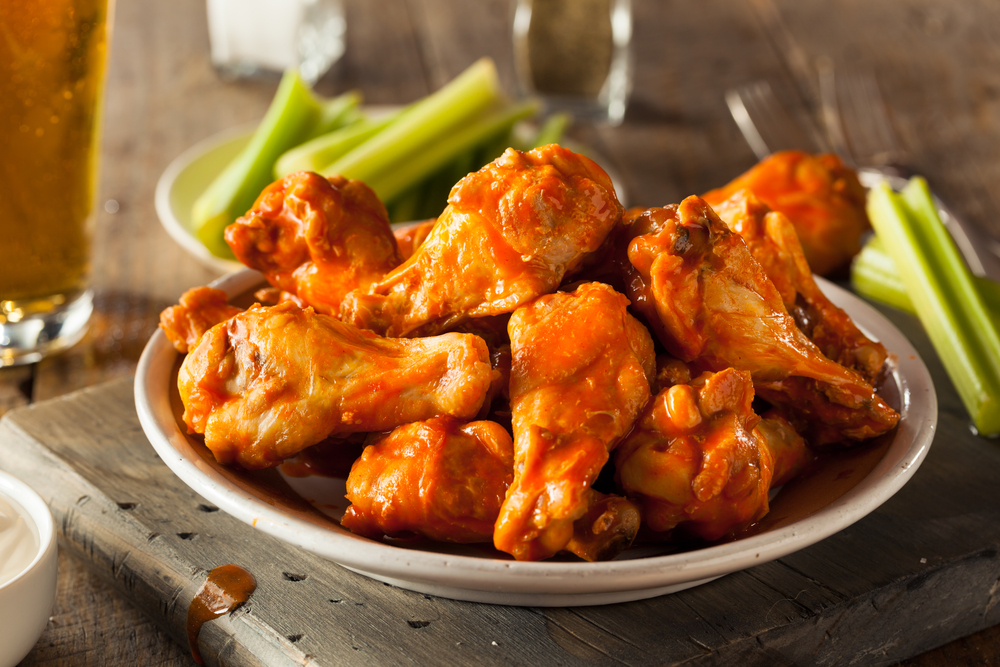 The inside scoop behind a piece of edible Americana.

So the story goes, one night at her family’s Buffalo restaurant, The Anchor Bar, Teressa Bellissimo found herself with an unexpected delivery of chicken wings instead of the chicken necks she used for sauce. Faced with some hungry customers and minimal ingredients, she broke the wings down into flats and drumettes, chucked them in the deep fryer, sauced them with hot sauce and butter, and served them to a surprised and delighted crowd.

The idea spread like wildfire, Calvin Trillin wrote in his 1980 New Yorker article on the dish, and as TASTE senior editor and native Buffalonian Anna Hezel notes, “growing up, I just took them for granted as a necessary and omnipresent accompaniment to pizza. But now that I no longer live in Buffalo, I attach a lot more pride and affection to wings.”

But like any famous regional dish, the story isn’t so simple. In that article, Trillin meets a man named John Young, who claims to have developed the recipe nearly a decade earlier in the 1960s, as a new spin on his African American community’s long history of eating chicken wings. Young’s wings came breaded, un-split, and dressed in what he calls “mambo sauce,” which is a whole lot like Buffalo sauce minus the name. The exact origins of Buffalo wings may be debatable, but they’re still virtually ubiquitous in Buffalo.