Get a free recipe
Subscribe
Yotam’s Grain
By: Lauren Salkeld

Freekeh has a flavor and heft that holds up to rich broths, spicy dressings, and crunchy vegetables.

It hasn’t quite reached the cult status of quinoa, but freekeh is an ingredient on the rise, popping up in cookbooks and on restaurant menus with increasing frequency. Freekeh is wheat that’s harvested when it’s still soft and green, and then roasted and rubbed to remove its husk and chaff. The grain gets its fun-to-say name from the unique way it’s processed—”freekeh” actually means “rubbed” in Arabic. Sometimes called frik or farik, freekeh has an earthy, subtly smoky flavor and a pleasantly chewy texture. The grains themselves resemble bulgur, with just a hint of green.

Freekeh’s origin story is a bit murky, but it may date back as far as 2300 BC. According to one story, an ancient culture in the eastern Mediterranean picked their wheat early because they feared an impending attack. In the ensuing conflict, the crop went up in flames, but when the locals rubbed the burnt parts away, they discovered wheat that was not just edible but rather tasty. According to cookbook author Maria Speck, there’s a similar story in Germany, where grünkern (green seed) is made from spelt, rather than the hard Durum wheat common in the Middle East. In Speck’s version, farmers picked their crop early to avoid the rainy season, but the results were the same—they found a new and compelling food to enjoy.

Regardless of its history, the fact that freekeh is harvested early means it retains more of its nutrients, giving it an edge over other forms of wheat. It’s considered a whole grain and has a low glycemic index, says Speck. It also has three times as much fiber as brown rice and twice that of quinoa.

While it’s long been used in the Middle East, freekeh is just starting to make waves in the West. Its popularity can partly be attributed to our growing interest in Middle Eastern cooking and the influence of Yotam Ottolenghi, who features freekeh in several of his cookbooks. But it’s also part of a growing trend of choosing traditional ingredients over processed or convenience foods. Given that freekeh is a snap to cook, good for you, and incredibly versatile, it’s not difficult to see why chefs and home cooks alike are adding it to their dinnertime repertoires.

The simplest way to enjoy freekeh is as a side dish, but that’s really just the beginning of its many uses. In Dinner at the Long Table, Brooklyn chef Andrew Tarlow combines freekeh with spinach, parsley, mint, dried apricots, and walnuts for an easy, party-ready salad. “We wanted a dish that could be satisfying at room temperature,” explains Tarlow. “This kind of grain salad always benefits from being made in advance, allowing the flavors to develop, or mingle, just like your guests—you’re mingling, so are the grains.”

In A Modern Way to Cook, British author Anna Jones goes a similar route, pairing freekeh with tomatoes, kale, beets, avocado, and seed-crusted halloumi, while at Eve Fremont in Seattle, chef Jon Norgren tosses freekeh with young greens, shaved vegetables, sunflower seeds, and a tahini green goddess dressing. No matter the ingredient mixture, thanks to its knack for absorbing moisture and flavor, as well as its sturdy texture, freekeh works wonders as the base of these multi-ingredient, make-ahead meals that are ideally suited to picnics, potlucks, or tomorrow’s lunch.

Freekeh can also be taken in a heartier direction. In Simply Ancient Grains, Speck uses freekeh to make a soup topped with spicy harissa shrimp and dates, and in Zahav, chef Michael Solomonov turns freekeh into risotto. The slow, gentle cooking process and constant stirring make freekeh so creamy and tender that you can skip the butter and cheese normally required in a traditional risotto recipe.

Prepping freekeh couldn’t be simpler. It’s typically cooked like rice, in salted, boiling water, using a two-to-one ratio of water to freekeh. Chef Tarlow prefers to cook freekeh like pasta, with more water, so the grains can move around freely without clumping. He recommends checking the freekeh after 20 minutes and draining off any excess water. At Eve Freemont, chef Norgren simplifies the process even further by using a rice cooker. However, Speck says cooking freekeh on the stove top is so effortless that there’s really no reason to pull out special equipment.

Freekeh hasn’t hit every supermarket, but it’s quickly becoming easier to find. Bob’s Red Mill offers it, as does a brand called Freekeh Foods. Middle Eastern markets and health foods stores also frequently stock the up-and-coming grain, and there’s no shortage of options for ordering freekeh online. It’s not always labeled as such, but most of the freekeh available in shops will be cracked rather than whole. If you have a choice, opt for cracked, which cooks faster, says Speck. Follow the package instructions—or a recipe—and you’ll be well on your way to falling in love with freekeh.

In A Modern Way to Eat, Anna Jones writes about the changing ways we find ourselves eating, taking a refreshing new look at vegetarian cooking.

This is a bowl filled with a few favorite things, as well as a killer harissa dressing, burnished seed-encrusted halloumi, my new favorite grain (freekeh), and, of course, some avocado. I vary the veggies I use here according to the season. I have given you my summer version in the recipe, but below are some ideas for the rest of the year:

Freekeh is a type of wheat; the word means “rubbed” in Arabic. The story goes that in 2300 BC, a shed containing the harvest’s young green wheat burned down. The locals thought the crop was ruined, but they discovered that rubbing the burnt husk off the wheat left it edible and in fact toasty and delicious. If you can’t get freekeh, any quick-cooking grain, like millet or quinoa, would work, too. 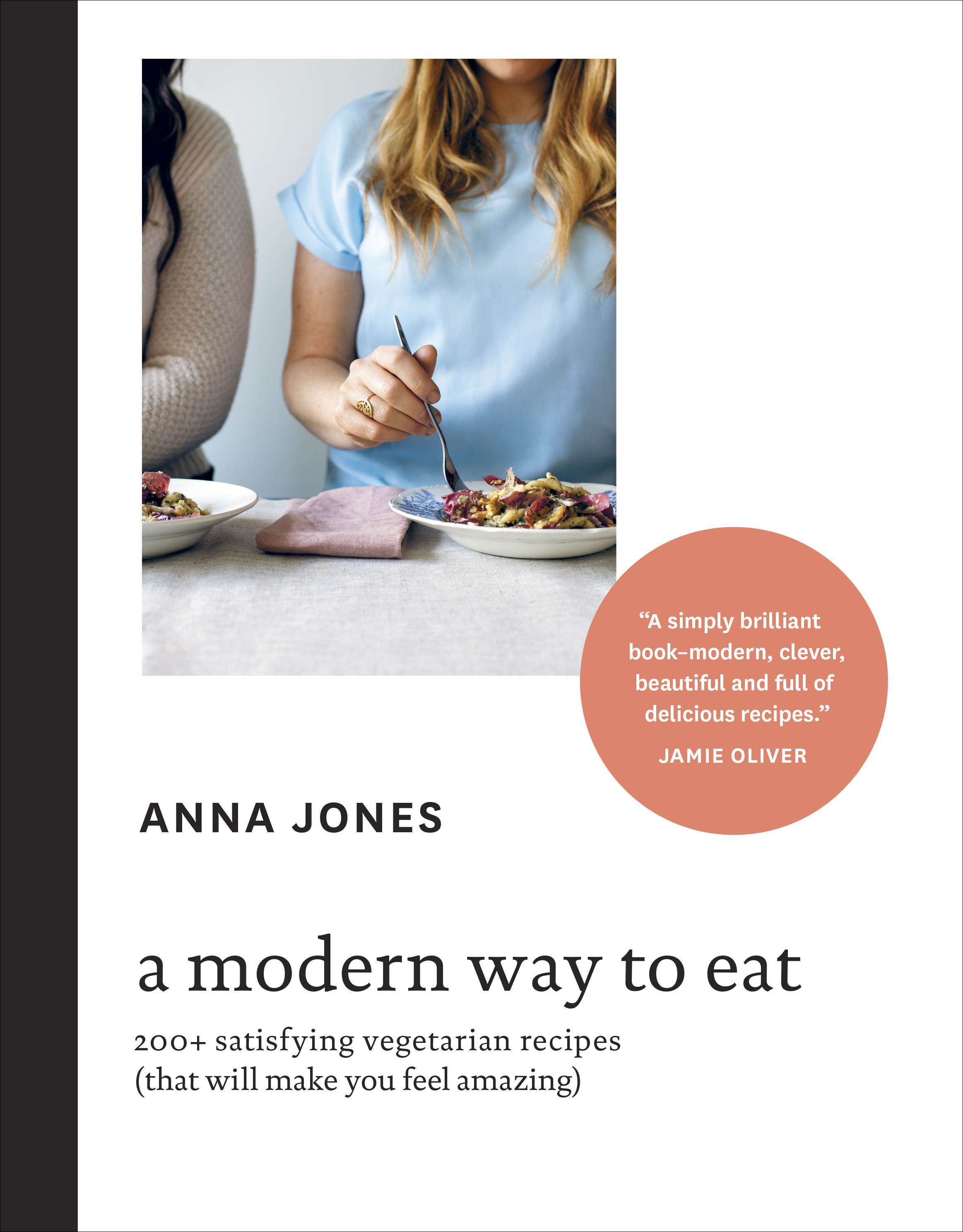 Lauren Salkeld is a writer, editor, and recipe developer. She has worked for Epicurious, Bon Appétit magazine, and on cookbooks including The Yellow Table by Anna Watson Carl, Asian American by Dale Talde, and A Girl and Her Greens by April Bloomfield. She holds a Grand Diploma in Pastry Arts from the French Culinary Institute. Follow her at laurensalkeld.com and on Instagram @laurensalkeld79.