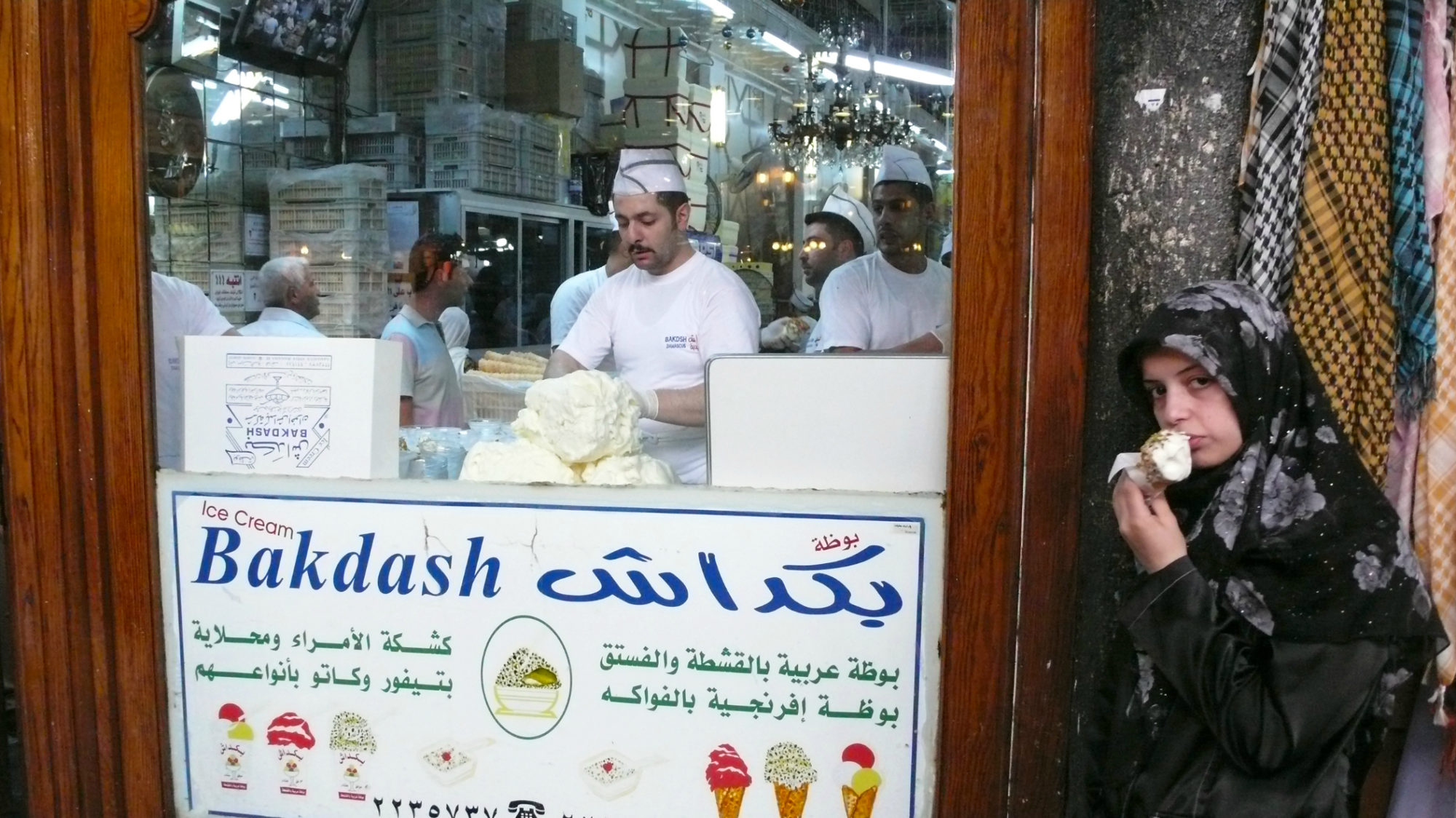 Ice cream as you know it started as a stretchy, dense creation in the eastern Mediterranean—one that’s finally making its way to the United States.

The answer is controversial and somewhat unclear. Many history books peg the origins of the nostalgic sweet to the Medici court in 16th-century Florence, or the legendary Café Procope in Paris in the 17th century. But it’s more likely that ice cream as you know it now—creamy tufts of milk and sugar (frozen desserts in general date as far back as ancient China and Rome)—was first dreamed up sometime around or before the 15th century in the Levant (the coastal eastern Mediterranean region comprising Iraq, Syria, Lebanon, Cyprus, Turkey, Israel, Jordan, and Palestine) as a dense, stretchy, subtly sweet creation.

As the lore goes, according to the food writer Mary Isin in Sherbet and Spice: The Complete History of Turkish Sweets and Desserts, during the Ottoman Empire, a seller of salep (a flour made from orchid bulbs that’s common in the cuisine of the region) fell asleep during the wintertime with a bowl of his product that was mixed with milk, and it froze into ice cream. Soon, vendors started putting ice and snow brought down from the mountains into a bowl (which acted like a freezer). Inside that, they would place another bowl filled with milk, salep, sugar, a natural gum for thickening, and rosewater for flavoring.

The milk mixture would then be pounded using wooden pestles, which removed the ice crystals and air, yielding a solid, creamy product (like the Cold Stone method, but way more intense). Ask anyone in a place like Syria, and they’ll tell you that egg-filled gelato and cornstarch-laden American ice cream that came about much later are just variations on this style of ice cream.

At Brooklyn’s Republic of Booza

There are a few different names and corresponding styles for this ice cream. In Turkey, it is called dondurma. This version is made from goat’s milk, and the thickening gum used is typically mastic, a type of resin from a local tree. It’s slick and heavy, like fudge, with a slightly earthy edge to the cream taste. It is often rolled into a log, filled with pistachios, and sliced into cross-sections, like a cake—think Fudgie the Whale meets bûche de noel. In Syria and other Arabic-speaking countries of the region, the ice cream is called booza and is usually made with cow’s milk, for a sweeter, richer flavor. In Greece, it’s called kaimaki, and it’s similar to the dondurma style. That said, please take all of this with a grain of salt, as many Mediterranean ice cream shop owners say the names are often used interchangeably, or as umbrella words for ice cream in general.

But the through line among all of these varieties is the stretch. This is ice cream that twists and turns. It has texture; you can chew it like saltwater taffy. It doesn’t melt in your mouth—it sits on your tongue, the flavor lingering.

This ice cream is most classically flavored with rose water or orange blossom water (this is called qashta, or candied cream). That’s how they do it at Bakdash, the most famous place in the world to get booza (as it’s called in Syria). The family-run shop is located in Damascus (see photo at the top), the capital of the war-torn country, near one of the oldest mosques in the world. The shop dates back at least 200 years, serves only qashta, draws incredibly long lines, and has hosted customers like Iraq’s former king Faisal I. Bakdash is widely credited with popularizing this form of ice cream throughout the region. Yet this style has only recently made it over to the U.S, in the form of Mediterranean bakeries serving booza (or dondurma, or kaimaki) that stays relatively true to the ages-old process used in the Levant, but with an expanded scope of flavors.

Maher Nakhal, who owns the pastry shop Le Mirage in Los Angeles, worked at Bakdash as a young teenager before moving to the United States and deciding to special-order an ice cream machine from Damascus to make his own treats. The machine, used by many shops in the Levant, has significantly streamlined the process: It consists of stainless steel vats that spin the ice cream, allowing employees to pound it by hand (with those traditional wooden mallets) as it turns.

Nakhal thought American audiences would like this particular style of ice cream because it was a familiar dessert, just done in a slightly different way. “And it takes time” to eat it because of the texture, he says. “You enjoy it when you eat it. No one does this in the United States.”

Kareen AlRefaai, who owns BigDash Ice Cream in Dallas along with his wife, Asmaa Khattab, says part of the appeal of this style is the process. “It is very eye-popping and jaw-dropping to see people throwing ice cream and pounding it with a heavy mallet,” he says. And because his ice cream is pounded so soon before it is served, “it is like eating pizza from a brick oven—as fresh as it gets,” he says, proudly. “The ice cream comes straight from the pounder to your cup.”

BigDash serves traditional flavors, like qashta and pistachio, as well as cotton candy and tiramisu. Republic of Booza, a Mediterranean ice cream shop in Brooklyn that opened this past summer, has gone a step further, taking flavor inspiration from other countries’ frozen and dairy-based treats—like halo halo in the Philippines and horchata in Mexico. They’ve even designed salep-based sorbets, which don’t have quite the elasticity of the booza but do have a pleasant, subtle chew and the kind of creaminess you don’t usually get with frozen fruit. Tamer Rabbani, one of the owners of Republic of Booza, who has lived in Lebanon and the United Arab Emirates, says that in the Levant, many popular booza shops have no desire to expand their flavors or open multiple locations. “I felt like there was a lot of room for improvement in terms of presentation and scale of production,” he says.

He doesn’t see what he and his partners are doing at Republic of Booza as messing with tradition but rather as giving a platform to the sweets of their heritage. “There is this emotional attachment from living in a place and having the ice cream that was localized there,” he says. While booza may not have the global name recognition of gelato or old-fashioned American ice cream, “it’s just as good, if not better,” he asserts.

And, he points out, what better vehicle is there to spread his culture than ice cream?