Get a free recipe
Subscribe
Ice Cream But Easier
By: Linda Schneider 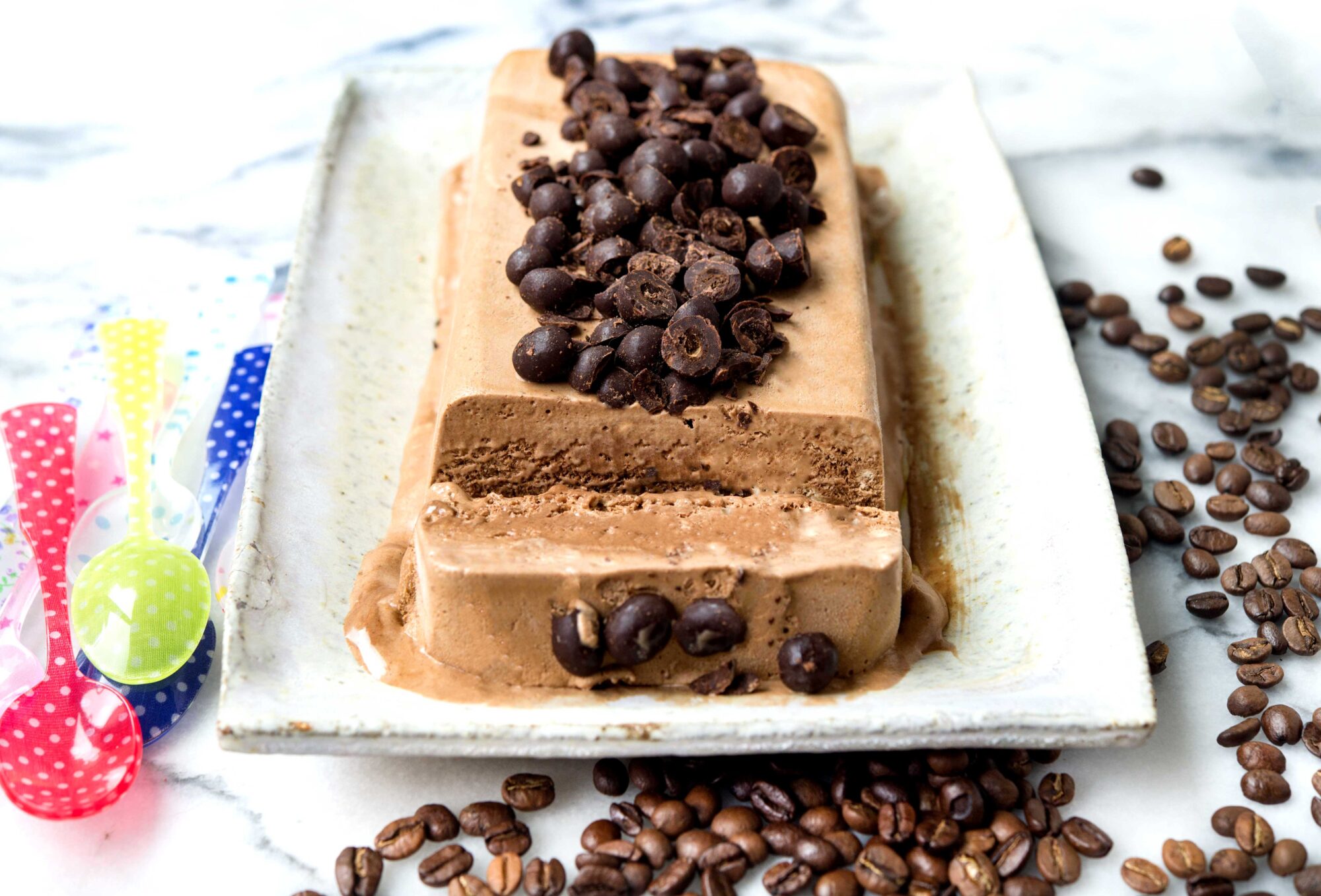 Semifreddo means you can serve ice cream to your guests without all the scooping and fussing—and without any fancy appliances.

Semifreddo means “half-frozen” in Italian, and the texture of the sliceable dessert falls somewhere between a frozen custard and a mousse. The beauty of semifreddo is that it possesses the rich texture of a creamy ice cream or gelato without the need for any special equipment or hard-to-find stabilizers. All you need is a whisk (although a hand mixer is even better), a saucepan, and some bowls.

While semifreddo always contains whipped cream and eggs, some versions call for just the beaten whites, some call for a yolk-based custard, and some call for both. This recipe, in which you fold whipped cream and beaten egg whites into a custard mixture before freezing, makes an incredibly velvety, luxurious semifreddo. It’s not difficult to make, but there are three essential steps to keep in mind.

First, you’ll want to whip the cream until it thickens and forms peaks. You can fold any number of ingredients, such as toasted nuts, chocolate chips, and fruit purees into the whipped cream before folding it into the semifreddo mixture.

The second step is making the zabaglione, an Italian custard dessert made from whipped egg yolks, sugar, and Marsala or other fortified wines. This stage entails whipping the egg yolks and sugar over simmering water until the egg yolks are light in color and fluffy and thick enough so that the mixture forms little mounds when the beaters are turned off and pulled out. If you want to incorporate liqueur (such as Marsala or Grand Marnier), espresso, or other liquid flavorings, this is the moment to add them.

Third, the meringue. This step entails whipping the egg whites and sugar over simmering water until smooth and shiny. At this point, the egg components are lightly cooked, which will add some stability to the texture of the final product. All you need to do is fold the egg whites into the egg yolk mixture, and then fold in the whipped cream. Pour it all into a loaf pan or terrine, and freeze it overnight or until your dinner guests look like they could use some dessert.

Because the egg whites, yolks, and cream are all whipped, a lot of air is incorporated in the process—making the semifreddo incredibly light and airy. As a result, cutting slices from the loaf is loads easier than scooping dense ice cream from a carton. As its name might lead you to believe, it remains half frozen and melts rather quickly. So be sure to keep it in the coldest part of your freezer until you’re ready to serve. When the time comes, unmold, slice, and enjoy!