Get a free recipe
Subscribe
Hygge. The End.
By: Dalia Jurgensen 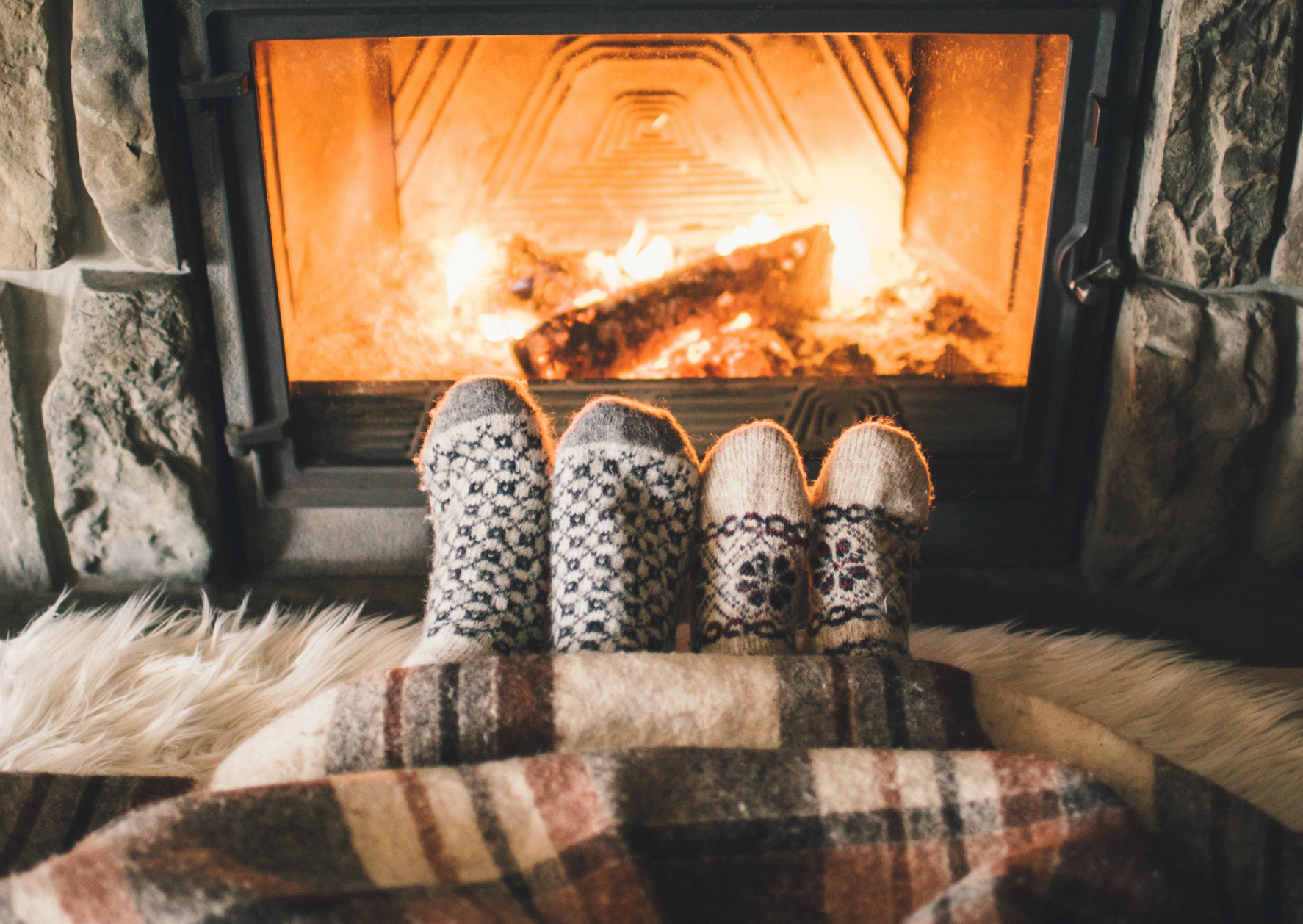 A few years ago I visited Denmark to celebrate my mother’s 25th wedding anniversary. My husband, our four-year-old daughter, and I, along with 20 or so of my parents’ closest friends, were instructed to arrive at my aunt’s house—more specifically to stand and wait in her driveway—at 7 o’clock in the morning. It was January, so it was cold and dark. Black dark. It was raining, and most people (including us) did not have umbrellas, as is typical of Danes. And so my husband, daughter, and I stood huddled like penguins, waiting to be invited into the warm house. As I shivered, leaning further into my husband, I heard an elderly Danish woman behind me say enthusiastically, “Er det ikke hyggelig!” Oh, yes, another agreed in Danish. It is.

Perhaps you have heard this word, “hyggelig,” before, or its root, “hygge,” the Danish concept most often translated as “cozy.” According to breathless media coverage (including multiple books!) devoted to hygge, all you need to do is buy the most comfortable cashmere pajamas, download and binge a season of the Danish television series Borgen, brew the perfect cup of coffee, find a fireplace to snuggle up in front of, and hygge will be yours. Branded in the U.S. as an aspirational lifestyle trend, companies have been quick to capitalize on the trend, pushing the many wares they claim will be stepping stones to the holy grail of full hygge, and consumers seem happy to oblige.

As the child of two Danish parents, I have spent many a vacation in Denmark with relatives. As a child in summer I played outside in my clogs with neighborhood kids until 10 p.m., when the sun finally went down. I baked boller, simple, traditional Danish rolls, with one aunt and picked raspberries from another’s garden, to be served with fresh cream. I have bicycled, as Danes do, without fear in both larger cities and small towns, wandered onto empty beaches to steal a nap, and walked for miles through forests in both rain and shine. I have raised more glasses of aquavit and gammeldansk while reciting skål than I can count, and I am here to tell you that contrary to what you’ve read, hygge cannot be curated or bought. Hygge, as you know it, is bullshit. Hygge is not achieved through art-directing one’s life. And incidentally, the word is pronounced more like “huh-geh,” with the first syllable like a quick breath out, and not the more often seen “hoo-gah,” which sounds to me like a sickly owl. “Hygge” is a noun—a feeling of deep contentment and solace that comes from taking pleasure in the simple things, but it can also be a reflexive verb, as in “Vi hygge os,” or “We are experiencing hygge together.” And then there is the adjective, “hyggelig,” most often applied to the experience that brings hygge: taking a walk in the perfect weather in a beautiful spot, enjoying a book while cozy on a couch (yes, you can hygge alone), spending time with friends.

It’s easy to be intimidated by the ease with which Danes seem to find time for hygge, but it has nothing to do with the country’s abundance of well-designed housewares, cozy knitwear, and omnipresent candles.  At the root of all hygge is people, not things, and more importantly, having the time to spend with them. What the Danes really have over us is a national dedication to work-life balance: Danes work an average of 38 hours per week, many with flexible schedules, and receive five weeks of vacation each year. On top of that, the government provides generous social programs that include free education and health care, retirement benefits, and a full year of paid parental leave.  It’s a lot easier to take time to enjoy the simple pleasures in life when you actually have the time, and your brain is not totally preoccupied with losing your health care or saving enough for retirement or for your child’s education. It’s no wonder Danes make hygge look so easy.

So back to that cold and rainy morning in January—what was so hyggelig about that? It was—and this is what most of those listicles miss—about the occasion. The celebration of two milestone anniversaries (my mother and her twin had been married on the same day 25 years apart) that was news enough to be given a two-page spread in the local newspaper. What was hyggelig was that we’d come together, no matter the shitty weather and lack of light, to celebrate the marriages of the friends and family inside. It was hyggelig to honor tradition—by arranging for a garland to be placed over the doorway, by singing songs that some of us had written personally for the couples inside, by asking to be invited in for coffee and pastries and aquavit. I was told multiple times that it was so hyggelig that we’d flown all the way from New York to be there. So how can you find hygge? Stop reading lists. Try, if even just for a short while, to not think of the train wreck that is our current president, turn off your phone, and meet a friend for a coffee instead. Better yet, invite friends over for dinner and actually cook something. If you want to take a stab at emulating the Danes, light some candles and make this flæskesteg sandwich, which brings all the essentials of a classic Danish meal between the two halves of a soft potato roll. Catch up with friends while taking deep pleasure in biting first through the soft bun smeared heavily with rémoulade, then through the sweet-and-sour red cabbage until finally discovering the crunch of the pork skin still attached to the meat—a crispy, crunchy, salty, and fatty layer not unlike chicharrón.

This is the flæskesteg, roast pork with the skin still on and cooked until crisp. This is the food of my childhood visits to Denmark, the roast that for some ungodly reason seems not to exist in American households, or even Brooklyn Smorgasburgs. Maybe you’ll feel hygge, or maybe you won’t, but you will have a damn good sandwich.

The key to this classic Danish sandwich is roast pork with the skin still on and cooked until crisp. It’s crunchy, salty, and fatty not unlike chicharrón.

Formerly pastry chef for the three-star restaurant Veritas, Dalia Jurgensen has worked in the kitchens of acclaimed restaurant such as Nobu, La Côte Basque, and Dressler. Her work has been widely reviewed and featured in publications including The New York Times, New York, the New York Daily News, and USA Today. Her memoir, Spiced, about life in the kitchen, was published by Putnam in 2009. Dalia currently teaches at the Institute of Culinary Education.