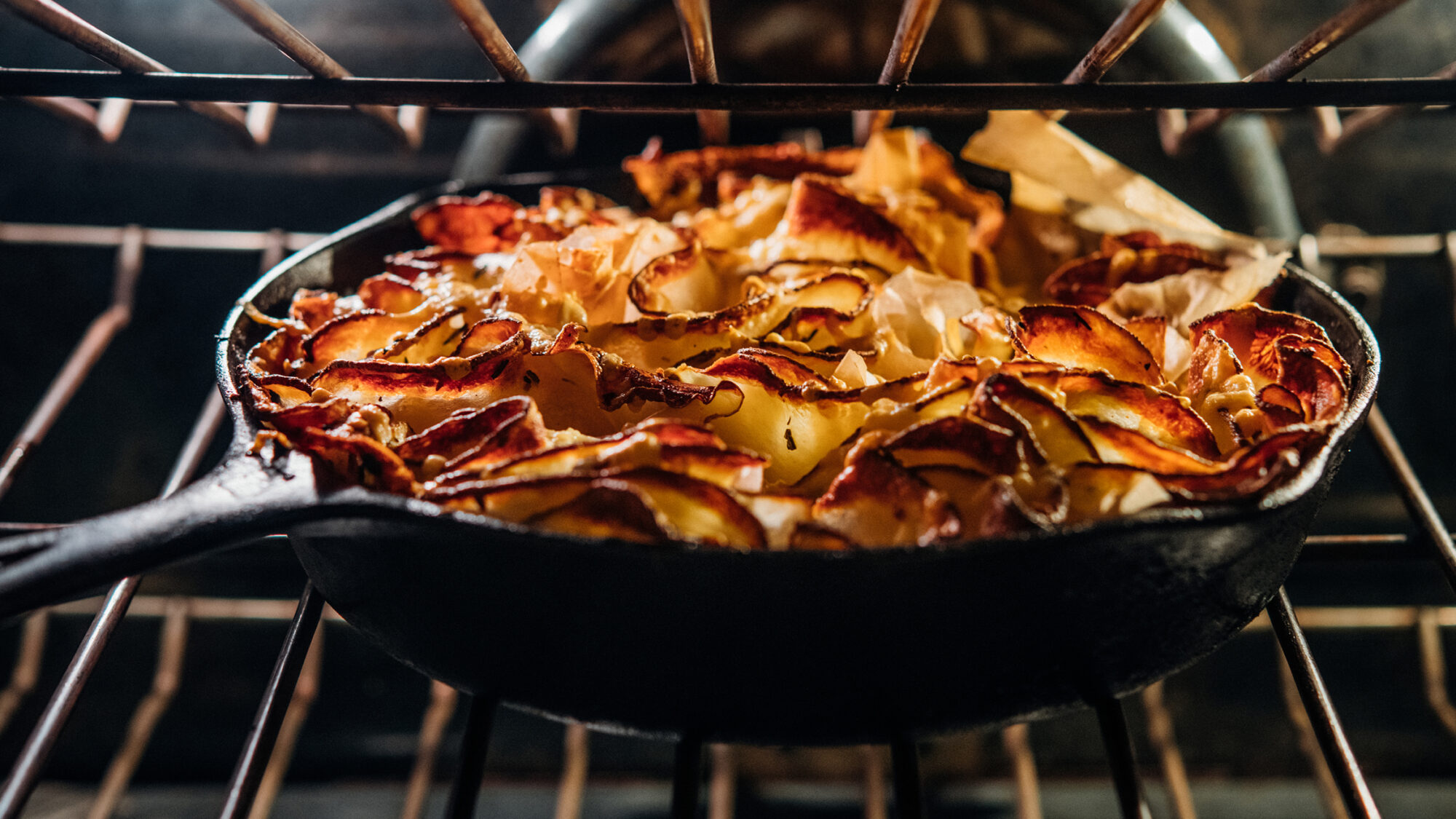 Everything that can be done to the potato has been done to the potato. We’ve grated them into latkes, baked them whole and slathered them with sour cream, shaped them into tater tots, crisped them into cottage fries, gratinéed them, shoestringed them, mashed them, wedged them, and smothered the living hell out of them. But have we ribboned them? To achieve thick, yet pliable, ribbon-like slices, russet potatoes are cut lengthwise by gliding along on a mandoline slicer, then folded accordion style and roasted with a bubbling layer of cheese. Less a reinvention of the wheel than a mash-up between the wafer-thin crispness of the elegant French Pommes Anna with the Slinky-like ripples of Swedish Hasselbacks, potato ribbons are visually stunning, and a comforting echo of the flavors of a Sunday roast chicken. Nestling the thinly sliced potatoes up against one another, before a blast of transformative heat in the oven, allows for a maximum amount of caramelization during the roast, but it also helps to maintain molten creaminess within the interior layers. Before roasting, each slice gets salted and thickly lathered with herbed butter to keep each layer from drying out. Once folded the ribbons get packed together tightly in the pan, like canned sardines, creating simultaneous roasting and steaming action.

Hot foaming butter and sautéing roasted garlic, combined with the aromatics of black pepper, rosemary, and lemon zest, reminds of peeling the crusty bits of potato from the corner of a baking pan on Thanksgiving. The final topping of grated clothbound cheddar evokes In-N-Out’s “animal-style” French fries—an extra bit of indulgence that transforms the same old roasted potato anew.