Get a free recipe
Subscribe
Have Leftover Rice? Pour Some Green Tea on It.
By: Tatiana Bautista Photos: Denny Culbert 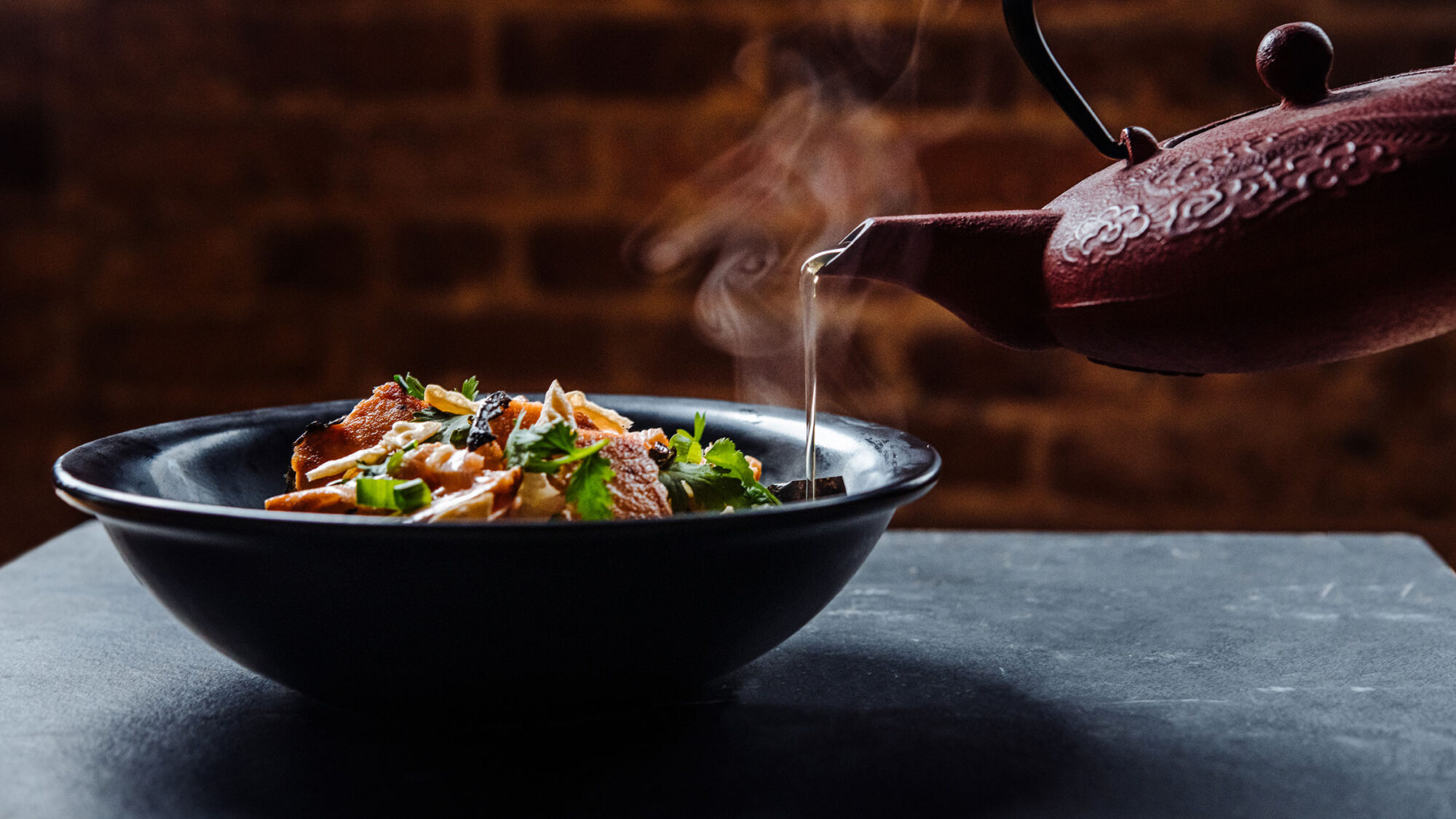 A warming bowl of tea-soaked ochazuke starts with whatever’s in your pantry.

Not all soups require long-simmering stocks and dozen-ingredient broths. Ochazuke, a homey Japanese rice soup that punches well above its weight class, avoids complicated steps and annoying last-minute shopping trips with a mere sachet of green tea and scoopful of cooked grains, seasoned with only a few drops of soy sauce. Neither the tea nor the rice could really count as a meal on its own, but teamed up, they become a warming, nourishing soup that holds its own—fit for a savory breakfast or a nourishing lunch.

Ochazuke—“ocha” referring to the tea, and “zuke” meaning “submerged” in Japanese—embodies the spirit of a pantry-emptying fried rice, but the leftover grains forgo the gentle fry in a skillet for a soak in herbal, lightly bitter green tea. The simple addition of a few drops of soy sauce transforms the grassy steeped beverage into a savory broth fit to sip from a bowl. Like most modest porridges, the toppings are less about seeking out specialty ingredients and more about making use of what’s already lying around the kitchen. That could include half-opened packets of nori, a handful of herbs (like shiso and cilantro) nearly past their prime, that sliver of last night’s salmon squirreled away in a Tupperware, or the ever-present and always dependable carton of eggs, waiting to be soft-boiled and added to the mix. The result is a simple, steamy bowl of soupy rice fortified with protein and accented with bright, crunchy garnishes.

Not into green tea? For a more umami-laden soup base, make your broth with dashi powder or packets instead. The fish-tinged savoriness that comes from the union of bonito flakes and seaweed is the foundation of most Japanese soups—from shabu-shabu bases to ramen. When you have a few dashi packets around, all it takes is a quick five-minute steep in bubbling water to bring the broth to life. Shower the finished dish with your favorite flavor of furikake if you’re out of nori sheets (or use both!). Shreds of shiso might not always be easy to come by, but scallions or cilantro will add some of the same vibrancy.