Get a free recipe
Subscribe
Less Meat, More Kale: It’s How to Cook Without a Book 2.0
By: Anna Hezel

When the best-selling non-cookbook came out nearly 20 years ago, it proposed a new kitchen psyche for the new millennium. But the way we cook has changed a lot since then.

The whole concept might sound absurd on its surface—buying a cookbook that tells you that you don’t need a cookbook. But when Pam Anderson, a former editor from Cook’s Illustrated, published the first edition of How to Cook Without a Book in 2000, it quickly became a runaway hit and a New York Times best-seller.

The premise was simple: a set of techniques and templated recipes that would help you transform whatever you had lying around in your refrigerator into dinner. Leftover spiral ham? Here’s how to turn it into an omelet or a potato soup. Leftover cooked spaghetti? Here’s how to turn it into a pad Thai that will taste very different from the mushroomy pasta you ate last night. Rather than sending readers out on an obsessive hunt for a lengthy list of ingredients, the book was built around working with what you have, adapting, and building confidence around your own instincts in the kitchen. Almost 20 years later, Anderson has released a completely revised edition, channeling the spirit of the original but updated to reflect everything that’s changed in American home cooking—and Anderson’s own home cooking—in the past 18 years. “When I first wrote How to Cook Without a Book,” says Anderson, “it was a moment of change in the way I needed to cook, and that’s always how I’ve known when it’s time to write a book.” Gone from the new edition are the chapters on potatoes, omelets, ravioli, and (cough) lasagna. There’s a little less meat and a little more kale. Also new to the scene are chapters on grain salads and one-roasting-pan meals.

For Anderson, these are changes reflecting not just the overall home-cooking zeitgeist, but the way she cooks in her own day-to-day life. “Occasionally I still do a protein-at-the-center-of-the-plate kind of meal,” she admits. “But now it’s more beans, grains, vegetables, one-pot, one-dish, one-sheet-pan, vegetable-heavy kinds of meals.”

It’s true. The same original sense of resourcefulness and practicality is present in the new book, but you can see a slight shift in the author’s worldview. In the original edition, a can of San Marzano tomatoes in the cupboard could mean a topping for chicken or an olive-filled pasta sauce. But in 2018, American cooking is about more than boneless chicken breasts and Mediterranean flavors. In the new edition, San Marzanos are a jumping-off point for a rich vodka sauce, or a tikka masala, or an African chicken stew with sweet potatoes and collards.

There are certain foods, of course, that American home cooks have been cooking for more than just the past 18 years and that they probably always will cook. From her own personal repertoire, Anderson is pretty sure she’ll never get sick of the Union Square Café bar nuts, spaghetti Bolognese, chicken noodle soup, simple tomato sauce, and bread.

But there are a few holdovers from the 1990s that Anderson is ready to phase out. For one: diets that hinge on animal protein. “That’s not a sustainable way of life, and it’s not good for the planet,” she says. The other one is what Anderson describes as a fear of food. “That’s a trend I’d like to see go away,” she says. “Food should be pleasurable, something that unites us.”

On a busy night, you can take one of the quarts of Simple Tomato Sauce and use it as a base to build an interesting sauce to serve over pasta, a surprising stew to ladle over rice, or a comforting soup made complete with a warm baguette.

Cook up some pasta, gnocchi, or ravioli. Once you’ve drained the cooked pasta, return it to the pot, toss it with one-third of the sauce, and divide among 4 pasta plates. Top each with a portion of the remaining sauce, a sprinkling of Parmesan cheese (preferably Parmigiano-Reggiano), and a little drizzle of extra-virgin olive oil. Each generous quart container of sauce is enough for 12 to 16 ounces of pasta—enough to serve 4 or 5 people.

You can use ground beef or bulk Italian sausage in place of the meatloaf mix.

When you realize that tomato sauce is really just cooked tomatoes, oil, and aromatics, you start to see it can be used as a base for dishes far beyond Italian-inspired. Having a quart of cooked tomato sauce not only gives you a head start on the ingredient prep, but also reduces cooking time since you’re starting with a rich, reduced base. Change the spice profile, add a few different ingredients, and sub in rice for the pasta and you’ve got a completely different meal from the one the night before. Serve with ¾ to 1 cup of cooked rice per person.

The tubed ginger paste that you find in the refrigerated section of many produce departments is a good shortcut here. 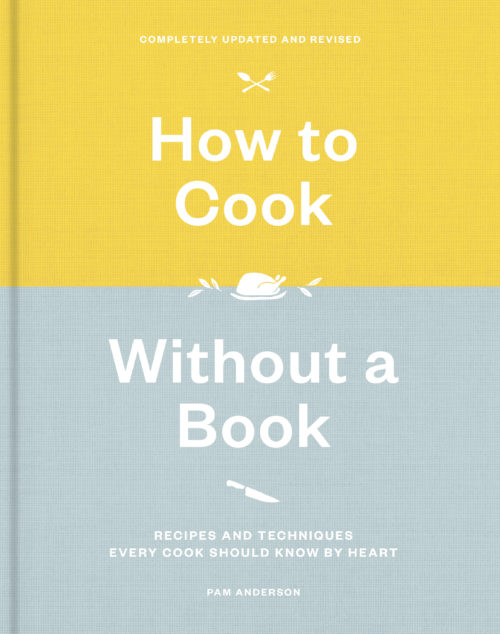