Get a free recipe
Subscribe
How Does Popcorn Pop?
By: Max Falkowitz 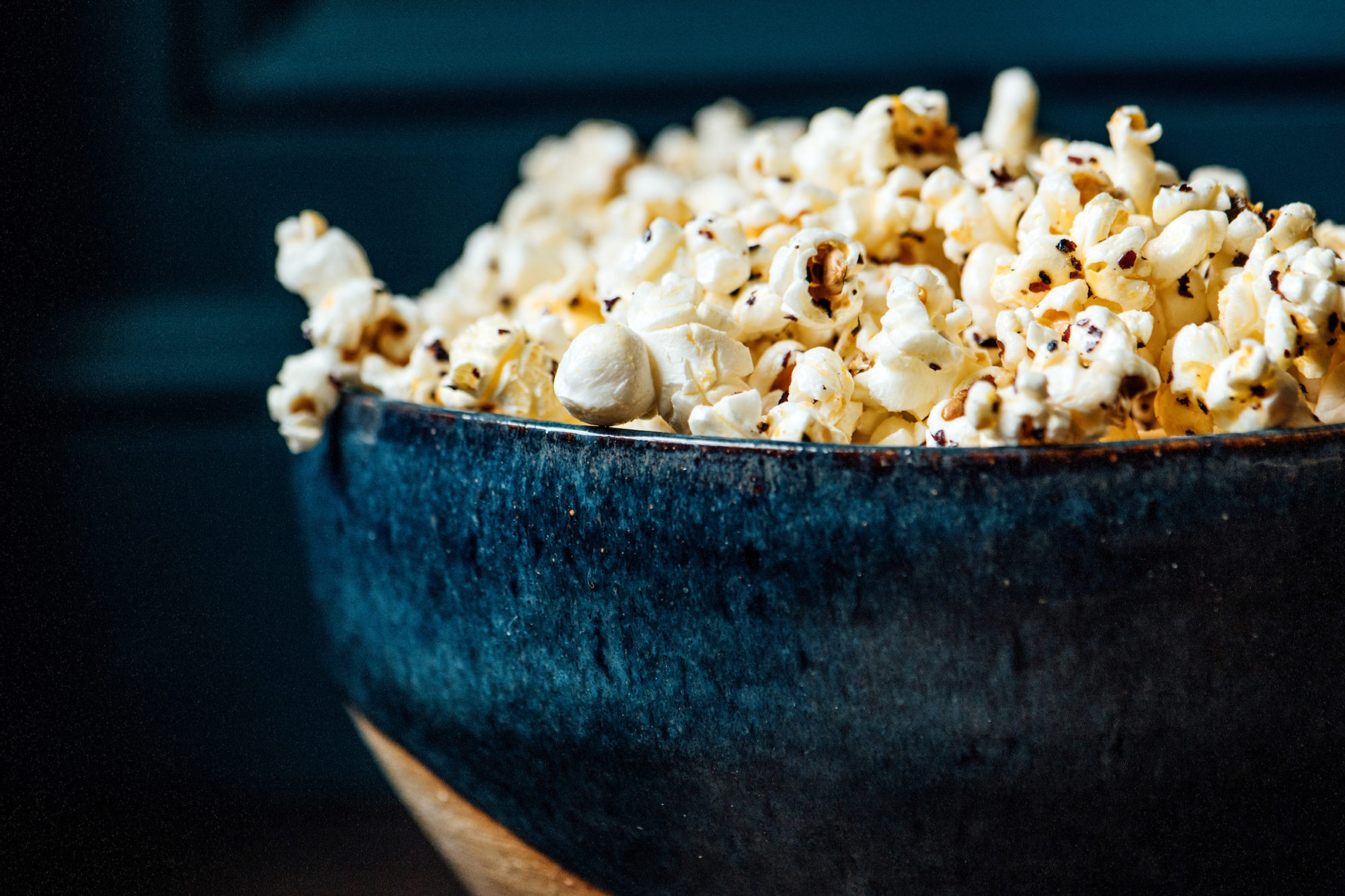 The kitchen science behind your favorite movie snack.

Popcorn is an easy food to take for granted, but beneath the drizzle of melted butter—or butter-flavored palm oil—lies some impressive physics. Popcorn only pops thanks to a confluence of three biological irregularities found together in no other kind of corn. At the core of the kernel is a nugget of moisture surrounding the germ. But the bulk of the kernel’s volume is taken up by a starchy layer called endosperm, which is then sealed in with a hard, impermeable shell. When you heat a kernel of popcorn, the moisture in the endosperm starts converting to steam.

In other types of corn that steam would simply dissipate, but popcorn’s hardy shell keeps that steam locked in, building up pressure as the gas rapidly expands to hundreds of times its liquid volume. Eventually, the pressure is so great that the shell ruptures and splits open. The superheated steam rapidly cools down into moisture, liquefying the kernel’s starchy innards into a kind of paste, which then sets into fluffy white popcorn as the moisture continues to cool and dissipate. This all happens in a fraction of a second, and it’s the same mechanism by which we get puffed rice and Indonesian shrimp chips. But only the popcorn kernel delivers it all with a satisfying explosive pop.