Get a free recipe
Subscribe
How Cuban Is Cuban Bread?
By: Ashley Rodriguez Illustration: Chloe Lewis 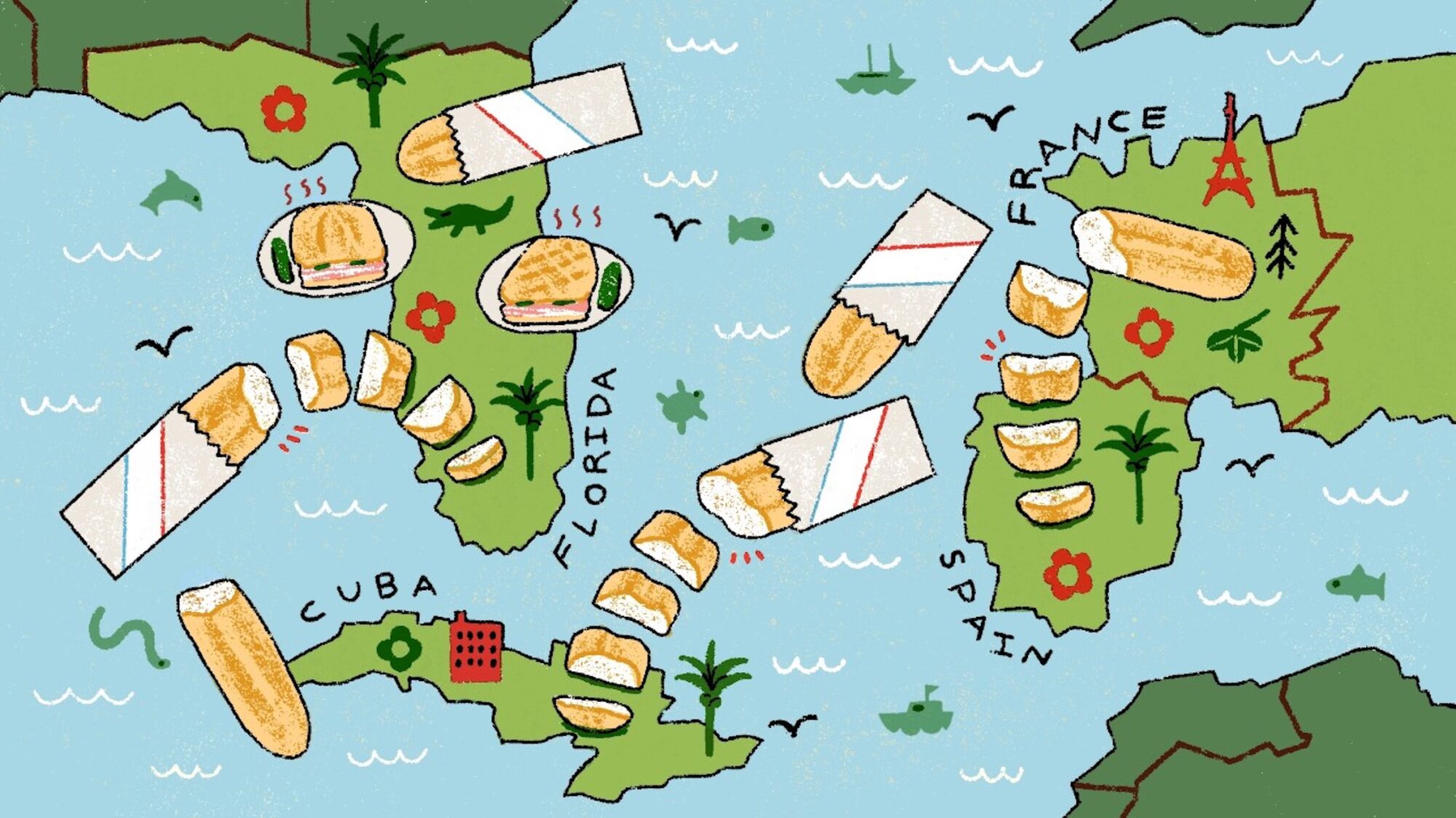 The simple combination of flour, water, salt, and lard tells a complex story much bigger than the island itself.

When my mom came to visit me from Miami last August, she brought with her two loaves of Cuban bread. Every care package I’ve received since leaving home nearly fifteen years ago has involved her meticulously cutting small pieces off a large, fluffy, narrow loaf, measuring sometimes three feet long, to fit into a plastic bag, before pushing out all the air so the bread won’t become stale during its transport back to New York, Chicago, Madison, or wherever I was living without it. My grandparents buy extra bread if they know I’m coming to visit, usually stashing the extra loaf on top of their fridge, a throwback to childhood when they’d have to hide bread to keep me from polishing off the entire loaf in one sitting.

In Miami, Cuban bread is available everywhere: from small, local bakeries to every single outpost of our regional grocery chains, Publix and Winn-Dixie. Made simply of flour, water, lard, and salt, it never occurred to me while growing up that Cuban bread would require explanation—or that it would be virtually impossible to find outside of Florida. Like a New York slice or a Philly cheesesteak, there’s no single ingredient or secret baking technique. But its legacy and importance in the Sunshine State is all but culinary canon. “The ‘Cuban Bread Line’ (the Mason Dixon line of Cuban pastry) stretches across the state just north of Tampa,” jokes Glenn Lindgren on the website Three Guys From Miami. “Stray north of the Cuban Bread Line and you have two chances of getting a decent loaf: slim and none.”

The unique, contrasting, texture and savory yet light flavor of Cuban bread is what provides its distinction from other styles. It’s thin and crunchy on the outside, while remaining soft and airy on the inside, making it the perfect bread to enjoy pressed—it remains soft inside but crispy like a cracker on the outside. A tostada, or Cuban bread pressed and buttered, is one of the most common breakfast foods served in ventanitas, or walk-up windows common in Cuban restaurants in Florida.

“It’s a very Tampa experience to brush the confetti of crumbs off your lap after demolishing a Cuban sandwich,” writes Gabrielle Calise in the Tampa Bay Times, referring to the way the crust cracks when you break off a piece, shattering almost like glass. But when you get inside, pulling apart Cuban bread feels like tearing off a piece of cotton candy. It’s not like a baguette or brioche—nor does it taste like a combination of the two—but it borrows characteristics of each, like the length, shape, and crispness of a baguette and the crumbly yet light interior of brioche. 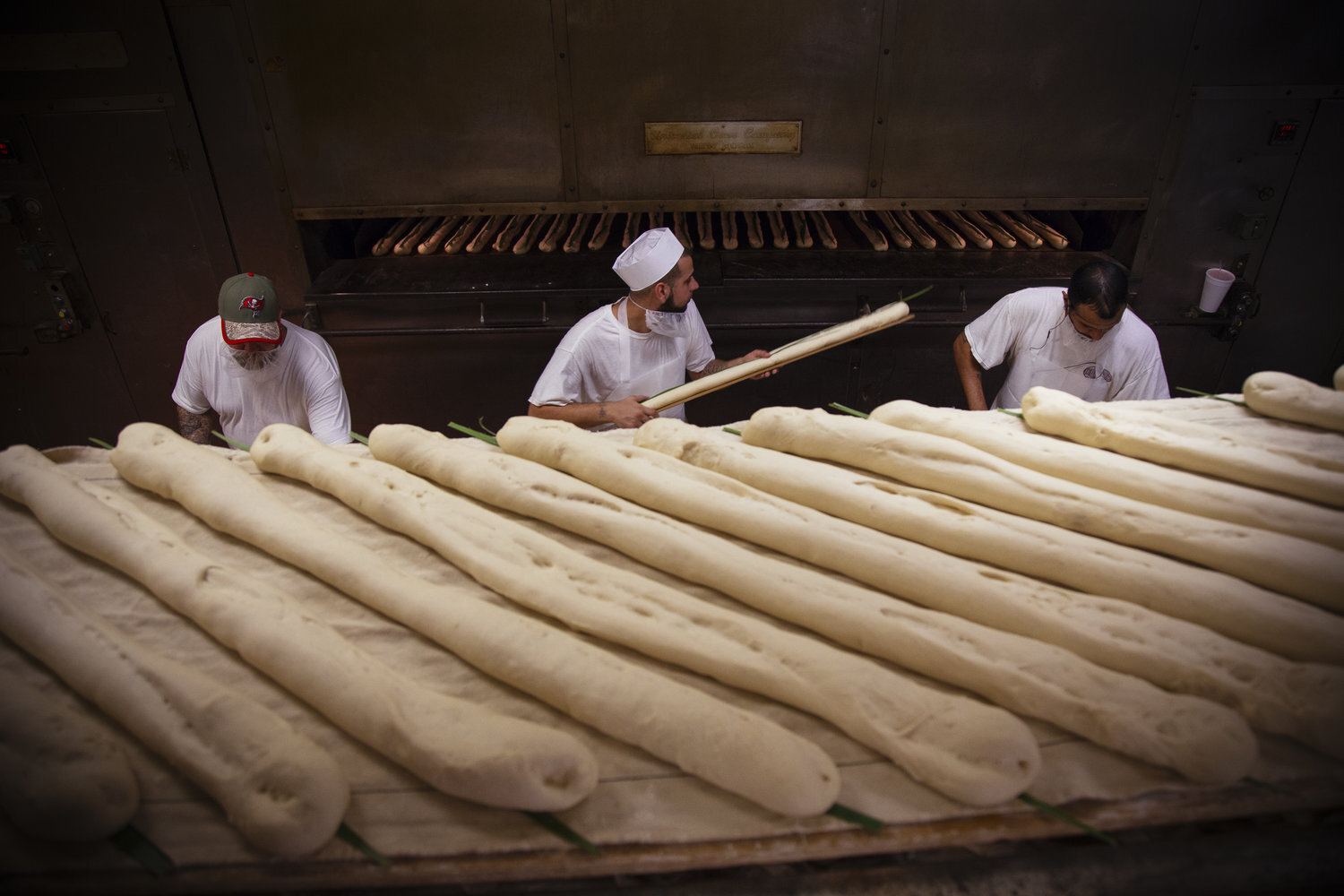 There’s much lore and mythologizing when it comes to the story of Cuban bread, but some things are certain. In Cuba, Cuban bread originally started as a short loaf, but during the end of the 1890s, as Cuba fought for its independence, the loaf began transforming into the long, stretched version we know today. “Cuban bread was changing during this time,” says Andy Huse, an associate librarian in special collections at the University of South Florida. “There’s an accepted wisdom around this: when the war for independence laid waste to the island, hungry Cubans stretched the loaf into a yard-long, thin loaf that could be cut into small slices for rationing. While this is possible, what’s more likely is that Cuba was strongly influenced by outside cultures such as France and Spain, and that’s how we ended up with the longer loaves, known as pan de flauta.”

Many stories credit Juan Moré with bringing Cuban bread to the United States. He was a soldier, originally from Catalonia in Spain, and he was dispatched to Cuba to fight in 1875, eventually landing in Ybor City, a neighborhood just northwest of downtown Tampa in 1895. “In his pocket he carried a piece of paper that would set the source of his future,” Gary R. Mormino and Tony Pizzo detail in their book Tampa: The Treasure City. “Scribbled on that paper was his own recipe for making Cuban bread.”

Moré arrived in Ybor City before him, but sources cite Francisco Ferlita as the first commercial baker of Cuban bread in the area. Ferlita was Sicilian and came to Ybor City in 1896, opening La Joven Francesca Bakery the same year, which closed in 1973 and is now home to Ybor City Museum State Park. Moré purchased La Segunda Central Bakery in 1915 after joining a cooperative of bakers during the start of World War I. So, while many stories reference Moré as the originator of Cuban bread in the United States, it’s likely that it was here long beforehand. “From 1885 to about 1910, Cubans outnumbered every other ethnic group in Ybor City. If you opened a bakery and didn’t make Cuban bread, you were out of luck.” 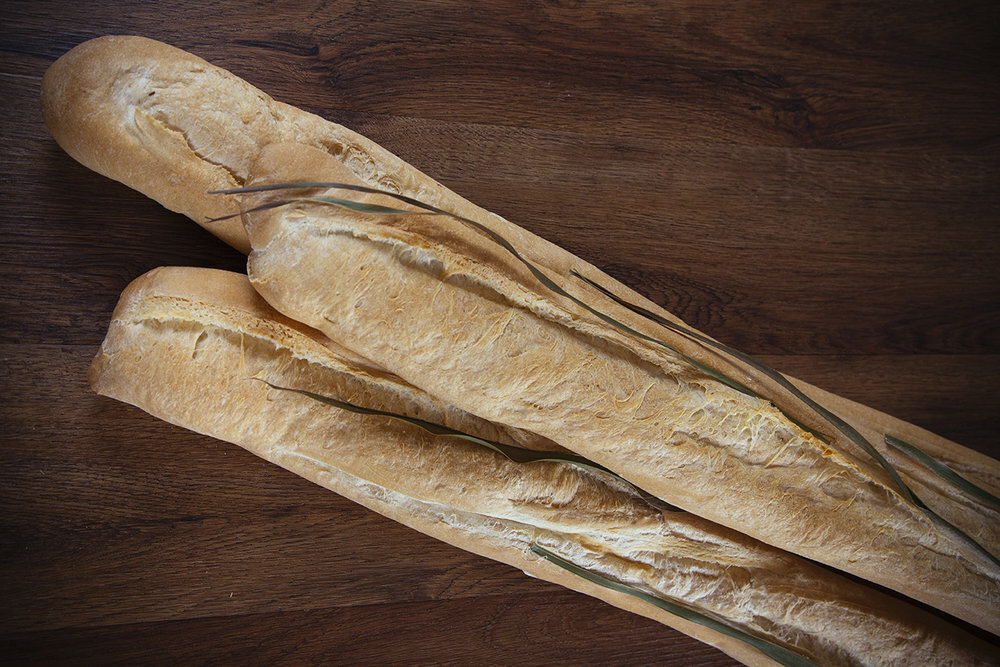 Huse notes that Cubans don’t really have a history of making their own bread at home. Nitza Villapol, author of Cuba’s most iconic cookbook, Cocina al Minuto, even encouraged cooks to buy bread at bakeries. “I talked to a lot of Cubans who used their ovens for storage,” says Huse. “In Ybor City, Italian immigrants made their own bread. But in Cuba, the idea of firing up your oven to make bread in the tropics was repellent, so Cubans never made their own bread.”

If Cuban bread doesn’t sound familiar to you, a Cuban sandwich might. Restaurants across the country have played with the formulation of ham, roasted pork, Swiss cheese, pickles, and mustard (and salami, if you’re in Tampa). Traditionally, Cubanos are pressed on a hot plancha, a preparation that makes the bread choice so integral: the crunch of the bread is as much part of the experience as the ingredients inside. Recipes for Cuban sandwiches pop up on food websites everywhere, some suggesting Cuban bread substitutes like brioche or Italian or French bread; some are savvy enough to provide a recipe for Cuban bread, since they know most readers won’t be able to find it already made. (I’ve included my own below.)

I’ve lived north of the Cuban Bread Line for over a decade, a place where all “Latin American” food tends to be conflated (I googled “Cuban food near Madison,” and the first result was a Venezuelan restaurant). Suffice it to say that Cuban bread is still something I yearn for.

I also hunger for a New York City slice and Mission-style burritos, culinary staples of other cities I’ve lived in and loved. Perhaps they never leave their hometowns because they’re so evocative of place—you can never mimic grabbing a burrito on 16th Street in San Francisco at three in the morning or hopping off the West 4th Street stop and grabbing a slice of pizza at Ben’s Pizzeria before strolling into work. And there’s no feeling like walking up to a ventanita, ordering a coffee and a tostada, and feeling the crackle of the bread as you bite in.