Get a free recipe
Subscribe
Does Hawaiian Pizza Come From Hawaii?
By: Max Falkowitz 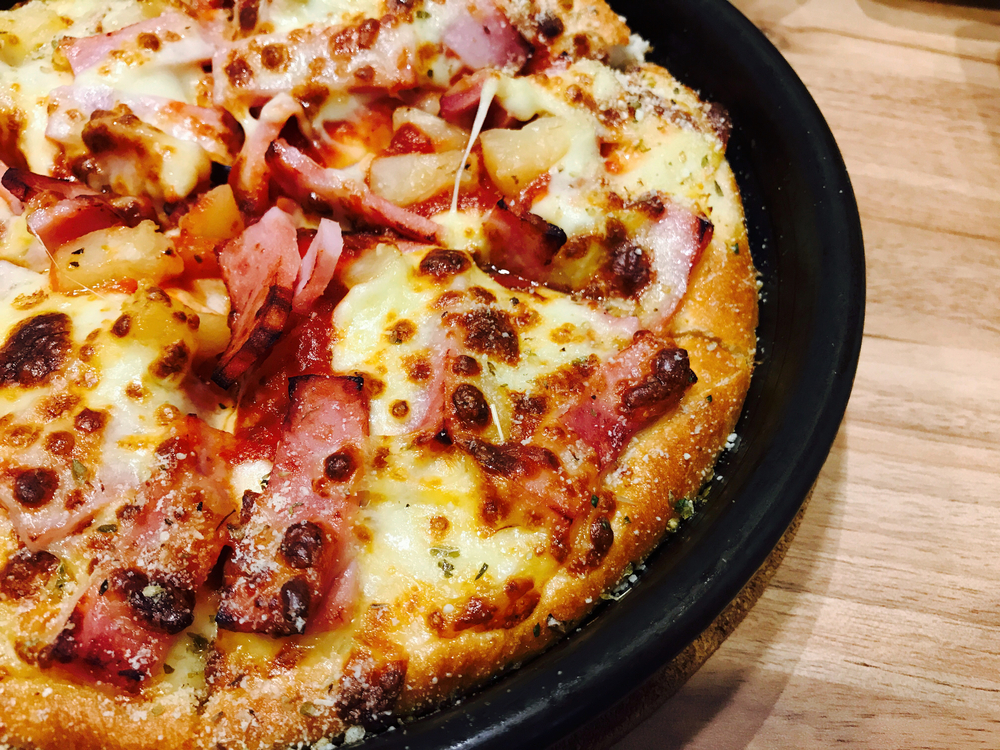 The love-it-or-hate-it pie has more to do with Canada than Polynesia.

Australians, it turns out, can’t get enough of Hawaiian pizza; according to the trade journal Pizza Marketing Quarterly, the sweet-and-salty combo of sliced ham and canned pineapple has accounted for as much as 15 percent of all pizza orders in the country. Meanwhile, Americans can’t stand the stuff, and despite its ubiquity, it consistently ranks near the bottom of topping choices. Whether you love Hawaiian pies or can’t stand them, the thanks (or blame) should really go to one Sam Panopoulos, a Canadian restaurateur who in 1962 tried the topping out at one of his Ontario restaurants. According to the BBC, Panopoulos, who died in 2017, was prone to whimsical experimentation, especially in the early days of his restaurant business, when he tried a number of similar promotions. The name “Hawaiian” was basically arbitrary; Panopoulos took it from the name on a can of pineapple.