Get a free recipe
Subscribe
Gravlax at the Source
By: Nik Sharma 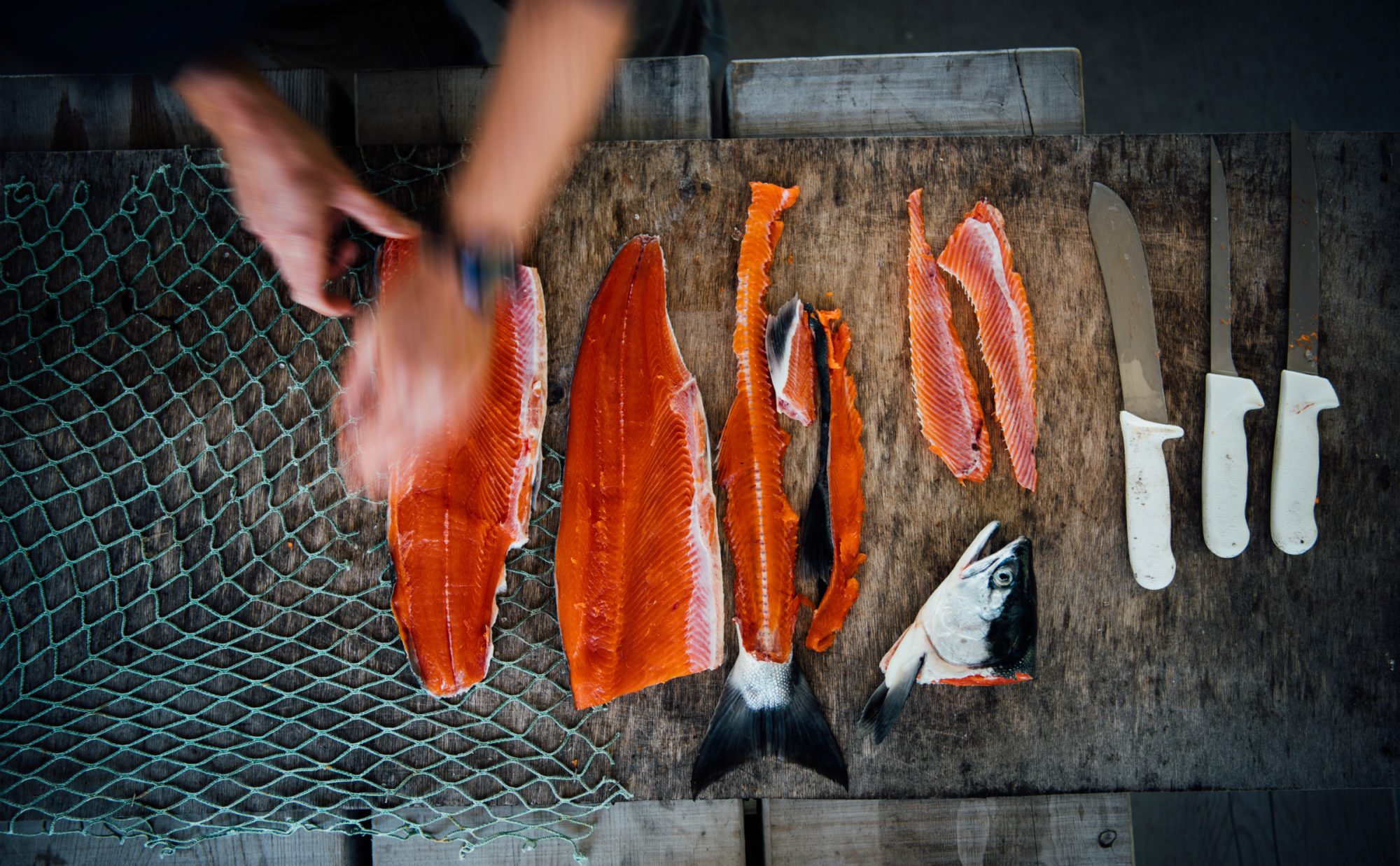 In Alaska, salmon is work, play, life, and what’s on the table for much of the year.

In Cordova—a small fishing town on the Gulf of Alaska with a population of 2,000 on a good day—the salmon fishing season runs from early May until September, after which most fishermen either travel elsewhere to catch crab or halibut, or take the time off to spend with their families, mend their nets, and swap stories of the manic five months of commercial fishing that preceded the break. I recently visited Alaska for the first time, meeting with the fishermen to hear about how they like to cook.

The salmon of the Copper River Delta is a treasured natural resource and represents the identity of this remote town. The locals speak of it with pride and reverence, a fish that not only provides sustenance and livelihoods but is also an important part of the native ecosystem.

So what makes the Pacific salmon so special compared with their counterparts from the Atlantic (as many chefs and food writers have observed over the years)? It turns out, a complex combination of fish biology and harsh environmental conditions transform the fish during their life span. Salmon are born in fresh water and over time make their way to the ocean and then swim their way back to spawn at the same spot where they were born. There are five species of salmon: the King (aka Chinook), the Chum (Dog), the Coho (Silver), the Sockeye (Red), and the Pink (Humpies), with the King being the largest and most prized. Salmon must migrate and make it through the turbulent and turbid gray silt–loaded waters of the nearly 300-miles-long Copper River to the ocean, and must then find their way back to the river to spawn in extremely low temperatures. In addition, the adult fish stop eating on their final journey and build up large quantities of fats to fuel them through the strenuous voyage. It’s these fats that give the fish’s flesh a smooth, buttery texture. In the Copper River, the salmon supply is controlled through tightly regulated fishing permits. In recent years, the state of Alaska has also taken active measures to ensure the survival and sustainability of the wild salmon stocks by releasing hatchery-grown young salmon into the river. The hatchery helps to keep the fish safe in the early stages of their life, when they are most vulnerable.

During my time in Cordova I discovered many ways to cook with salmon, from sausage and savory pies to smoked jerky and even tacos. I also encountered an abundance of gravlax, or gravad laks (translation: buried salmon) that was brought by Danish, Norwegian, and Swedish immigrants many years ago—well before Alaska became a part of the United States. Because of Alaska’s short fishing season, when salmon supplies are bountiful, gravlax was invented out of necessity as a method of food preservation. Back in the day, the fish was cured with salt and buried in the sand, where it would undergo fermentation. These days the technique has changed: The fish doesn’t ferment but is simply cured in a refrigerator with either salt or a mixture of salt and sugar, which draws out the moisture and alters the protein structure and texture of the fish while preventing the growth of any microbes.

For all its reputation as a high-end delicacy, gravlax is surprisingly easy to make at home. All you need is a piece of good-quality salmon and your curing mixture. Select fish that is from a responsible supplier that you trust, and always use commercially frozen or flash-frozen salmon that’s been stored at -4°F or lower for at least 7 days, or -31°F or colder for at least 15 hours. (If you don’t know, ask your friendly fish seller.) This process helps to kill any parasites that have made the journey. And to note, this technique works for fish such as salmon that are less than six inches thick. Thaw your fish overnight in the refrigerator the night before you plan to start preparing the gravlax. With the fish thawed out, you will next need to prepare your dry brine or the curing mixture.