Get a free recipe
Subscribe
Grainier Than Flour, Crispier Than Bread Crumbs
By: Nik Sharma 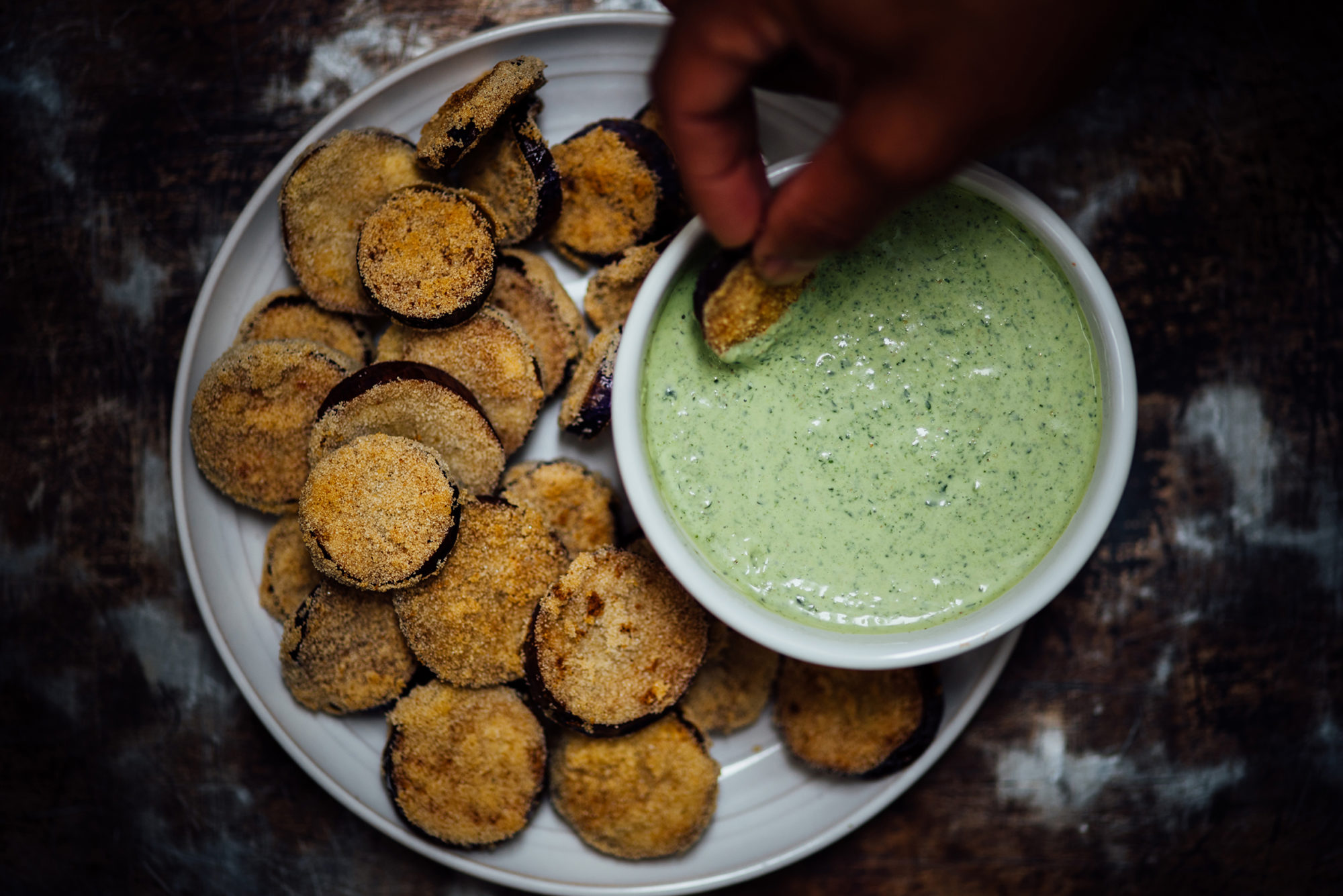 One of semolina’s underrated uses is as a crust for fried vegetables and meats.

Semolina, a sandy-textured grain, is a staple in almost every Indian household’s pantry, right next to the colorful lentils and the jars of spices. It’s used in the sweet halva of the north—seasoned with fried nuts and raisins—while in the south it’s found in spongy rava idlis, dipped into bowls of warm sambhar (a lentil stew with vegetables). Semolina can be treated like rice to make a pilaf-like dish called upma, with fried curry leaves and spices, or it can be baked into aromatic coconut cakes.

But one of the most underappreciated uses is its role in fried foods. There’s the “rava” fry, where oysters, clams, or filets of fish are lightly coated in a batter and then in a thin coat of semolina before hitting the oil in the pan. There are the “cutlets”—circular patties made from ground meat, poultry, or shrimp, that are coated with a little beaten egg and then semolina to create a crispy exterior. The final result is something marvelous—a brittle, delicate crust waiting to reveal the juicy meat inside. Since semolina is wheat-based and usually comes from durum wheat, a type of wheat grown and used in India and the Middle East, it contains a fair amount of starch. It’s created by grinding grains of husked wheat in a mill. As the grain cracks under the applied pressure, it breaks down into a fine powder (flour) and a slightly larger, grainier particle (semolina), which are separated using a fine mesh sieve. The starch absorbs water when it comes into contact with the item it will coat and expands. Once the coated food hits the hot oil, the heat causes the water to escape as steam, which leads to creating a tight, crispy surface on the food.

This is also the reason why many foods like potatoes and plantains don’t need to be coated with starch before frying, as they’re already packed with plenty. But vegetables that have less starch, like eggplant, tomatoes, and zucchini, benefit when coated with an ingredient like semolina, which keeps the final product from getting soggy.

In my family, we use semolina quite generously when it comes to frying, so there’s a large glass jar on the topmost shelf in my pantry at all times (I usually opt for the coarser grades, which have a richer, heftier crunch). The principle and technique are the same as using bread crumbs to coat rounds of zucchini or cutlets for chicken parm. The vegetable or protein is dipped into a liquid (like a beaten egg or buttermilk) that will act like a glue, binding the semolina to create a thin coating before it can be fried. The final result is a thin, crispy layer that creates that unmistakable crunch with every bite.