Get a free recipe
Subscribe
Steak and Eggs, With a Korean Twist, From Brooklyn’s The Good Fork
By: The TASTE Editors Photo: Burcu Avsar and Zach Desart

For chefs, there’s often a large gulf between cooking for paying customers and cooking at home. Not so for Sohui Kim.

When Kim and her husband, carpenter Ben Schneider, opened the Good Fork restaurant in their Brooklyn neighborhood of Red Hook in 2006, they weren’t quite sure what they wanted to serve. “That question was too big for me to answer,” Kim says over the phone. “So I just decided to cook the food that I want to eat, the food that interests me.”

That’s how this Korean-style steak and eggs with kimchi fried rice ended up on their menu. Kim wanted to serve the rice she’d been making for years at home, and she realized that by adding Korean-style steak, she’d have a playful twist on the American diner classic steak and eggs. “I took my mother’s traditional Korean kalbi beef marinade and tweaked it to be a little less sweet and a little more spicy,” she says.

It worked so well that the dish has become a fixture on the menu. “Now it’s considered a signature. It’s the best-selling thing on my menu,” Kim says. “I can’t really take it off!”

The dish, like The Good Fork Cookbook (2016, Abrams) itself, lives outside the confines of any one cuisine. Just as this recipe contains a variety of genre-defying elements Kim loves, the cookbook is a collection of recipes she loves—a collection she almost lost forever.

The Good Fork was nearly destroyed when Hurricane Sandy devastated Red Hook (along with many other neighborhoods of New York) in 2012. While surveying the damage, Kim came upon the basis for what would later become the cookbook.

“I found my recipe book in the basement. It was really damaged—this binder of all of my recipes and recipes that other cooks had contributed. Some of it was handwritten, some typed, some written on paper towels. And I thought, ‘This would make a great book.'”

Thankfully, Kim and Schneider decided to rebuild. And they decided to move forward with The Good Fork Cookbook—a beautiful book of personal essays, unpretentious photographs, and creative recipes that range from lamb ragu with fresh fettuccine to soybean sprout salad.

Many of the recipes overlap with others in The Good Fork Cookbook, and this steak and eggs does, in fact, call for two ingredients—gochujang and kimchi—that Kim makes from scratch and features in the book. However, store-bought will do just fine, as long as you follow a few guidelines:

When purchasing gochujang (Korean chili paste), Kim recommends looking at the label and going with whichever has the lowest number of additives. And while it’s easy to find it in plastic containers, Kim recommends getting one in a glass jar (typically found at Korean supermarkets like H-Mart). For kimchi, she says it’s essential to opt for a glass jar. Beyond that, Kim adds, it’s the simpler the better when it comes to fermented cabbage: “Just look at the label. If it just has Napa cabbage, chili, ginger, garlic, and shrimp paste, that’s all you need,” she says.

DIRECTIONS
1. Make the steak: The day before you want to serve the dish, choose a large zip-top freezer bag or glass baking dish just large enough to hold the steak so the marinade covers it completely. Combine the mirin, apple, soy sauce, scallion, gochujang, garlic, ginger, sesame oil, vinegar, and honey. Cut the steak into even portions, add it to the marinade, then cover or seal and marinate the meat, refrigerated, overnight.

2. Make the sushi rice: For best results, make it a day or two ahead. If you’re not using a rice cooker, as I now do, rinse the rice and place it in a 2-quart (2-liter) saucepan with 1½ cups (360 grams) water and the salt. (If your hand is resting on top of the rice, the water should just cover your fingers. This is my grandmother’s trick, which I have passed on to all of my cooks.)

3. Cover the pot tightly and bring the water to a boil. Turn the heat to as low as you can go without it being off, and cook for 18 minutes without lifting the lid. After 18 minutes, turn the heat to high for 1 minute without lifting the lid, then turn off the heat and let the pot sit, covered, for 5 more minutes. Remove the lid, fluff the rice, and set it aside or refrigerate until you make the steak and eggs. (You should have about 4 cups, or 800 grams.)

4. Make the kimchi rice: In a medium sauté pan over medium heat, warm 2 tablespoons of the canola oil. Add the kimchi, vinegar, and sugar and cook until the kimchi is heated through and softens slightly, about 3 minutes. Fold in the cooked rice and set aside while you cook the steak.

5. Cook the steak: Heat a grill to medium-high heat or preheat the broiler. The cooking time will vary depending on the thickness of the steak and your preference for doneness. My ideal is to cook it for a few minutes on each side, just until the outside of the steak is slightly charred but the inside is still pink. Drain off the marinade and set the steak pieces on the hot grill or on a broiler pan once it’s done to your liking, let the steak rest for 10 minutes, then cut it into thin slices on the diagonal against the grain.

6. Meanwhile, in a large skillet, heat the remaining 1 tablespoon canola oil over medium heat and fry the eggs sunny-side up. When they’re done, place a large scoop of kimchi rice on each plate, then top each mound with an equal number of steak slices per plate and one of the eggs. Garnish with sliced scallions, if using. 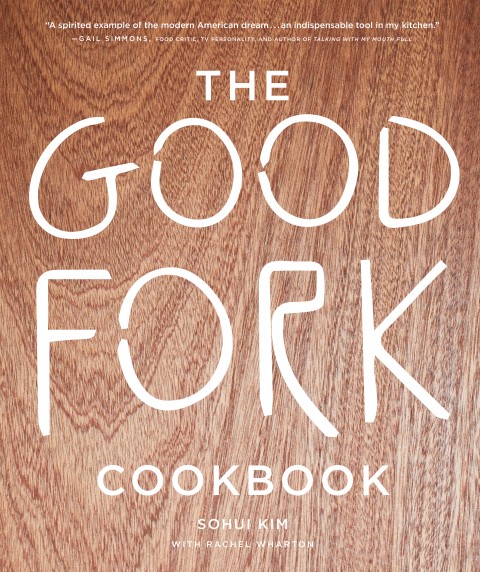