Get a free recipe
Subscribe
Have You Fried a Chicken Liver Lately?
By: Tammie Teclemariam Photos: Antonis Achilleos 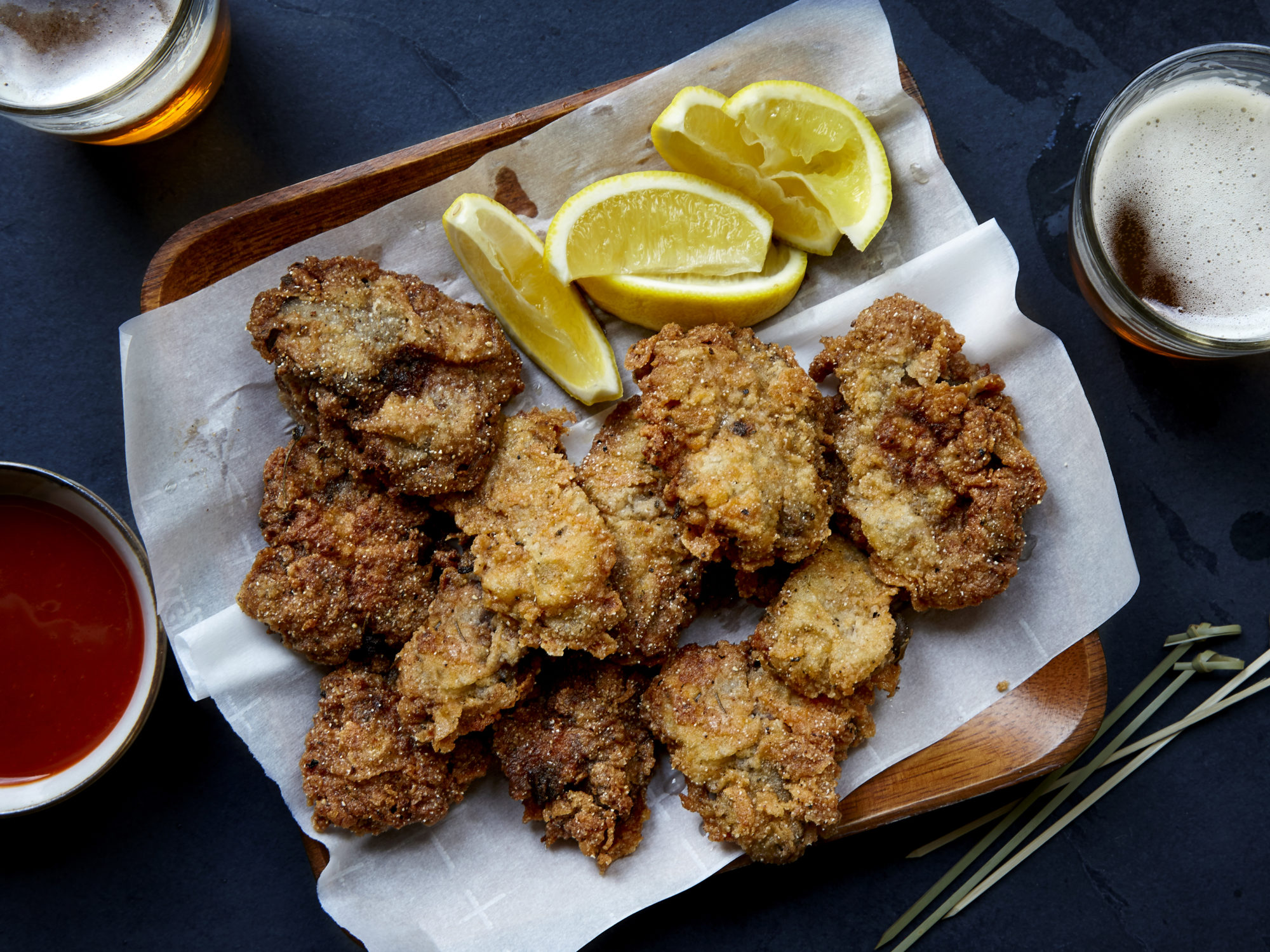 These little oyster-shaped bites are often overlooked at the grocery store, but when you fry them, they become a party snack, a salad topping, or the filling for a sandwich.

A binary of misery and luxury: This is the way most people think about liver. One the one hand, we think of it as punitive organ meat, as undesirable as it is nutritious. Frequently summoned to unleash mild gustatory torture, it brings to mind the kid on 1960s TV wailing, “Not again!” In the other extreme, we think of liver as organ meat pulverized and perfumed into a luxurious pink pâté nestled among cornichons and toast points.

But at the intersection of these two extremes, there is a delicious, practical compromise. Behold, the fried chicken liver. A crunchy exterior protects the densely textured meat from overcooking, allowing it to be fried until firm but not chalky and without losing all of its juice. It’s like a cross between a spicy nugget and pâté en croute. It’s quick enough to whip up a batch of them for dinner on an ordinary night—next to a bright salad or smothered in sautéed mushrooms, though the recipe scales up easily for a crowd.

Most supermarkets and butchers sell chicken livers relatively cheaply, fresh in pints for typically under $3 per pound. Frozen livers are also common and work for this method as long as you thaw them completely in the fridge overnight. To start your fried liver journey, rinse the livers with cold water before examining your container’s selection closely. There will be a combination of larger and smaller lobes, sometimes connected by a fatty-looking string. Separate the lobes and trim the visible bits of white connective tissue, as well as any hint of green discoloration, which results from (harmless but unappetizing) contact with bile during processing. Be thorough, but don’t go crazy trying to dissect every thread crossing through the piece. The goal is to obtain a solid medallion. You will end up with oyster-shaped pieces from half an inch to two inches long. After trimming, the focus is on the flavor. One reason liver has a bad reputation is that it has an overwhelming mineral quality when it is underseasoned. Be aggressive in your attack. Before dredging them in flour, I soak them in an egg wash seasoned heavily with hot sauce and Dijon mustard, along with any other flavors I’m feeling at the moment. This helps neutralize the minerality and penetrate the meat with some salt and acid. You can let the livers hang out in this batter for up to a couple hours if you’re working ahead for a party.

Since they’re packed with moisture, liver is prone to splattering during frying. Letting them sit for a couple minutes in the seasoned flour before coating the other side will allow more flour to be absorbed into the egg, creating a thicker, crunchier barrier around the creamy inside.

In a shallow layer of hot oil, these cook up in around 5 minutes. Don’t be tempted to let them go longer than that—a pink interior is good. This is how you harness the elegant pâté qualities that are waiting to be unlocked, so keep an eye on the smaller pieces. When they are solidly golden brown on both sides, they are done on the inside.

Once the livers are fried, you’d be almost negligent not to consider another layer of flavor for the exterior. Salt is mandatory, and you could stop there, but I prefer a finger-licking coating of Old Bay plus more hot sauce and a squeeze of fresh lemon for lift. Fried chicken livers can be seasoned to almost any taste. You can swap the Old Bay for a combination of roasted sesame seeds and Korean red pepper flakes. Or try sprinkling them with crushed peanuts with a side of fish sauce and lime dressing and shredded cabbage.

Once cooked, fried chicken livers last in the fridge for up to two days, during which time you could simply snack on them cold with a dab of mustard. My favorite way to use leftovers is chopped in a hearty salad of arugula, ranch dressing, and roasted sweet potato, or you can tuck them into a roll with a spicy slaw and sliced pickles.