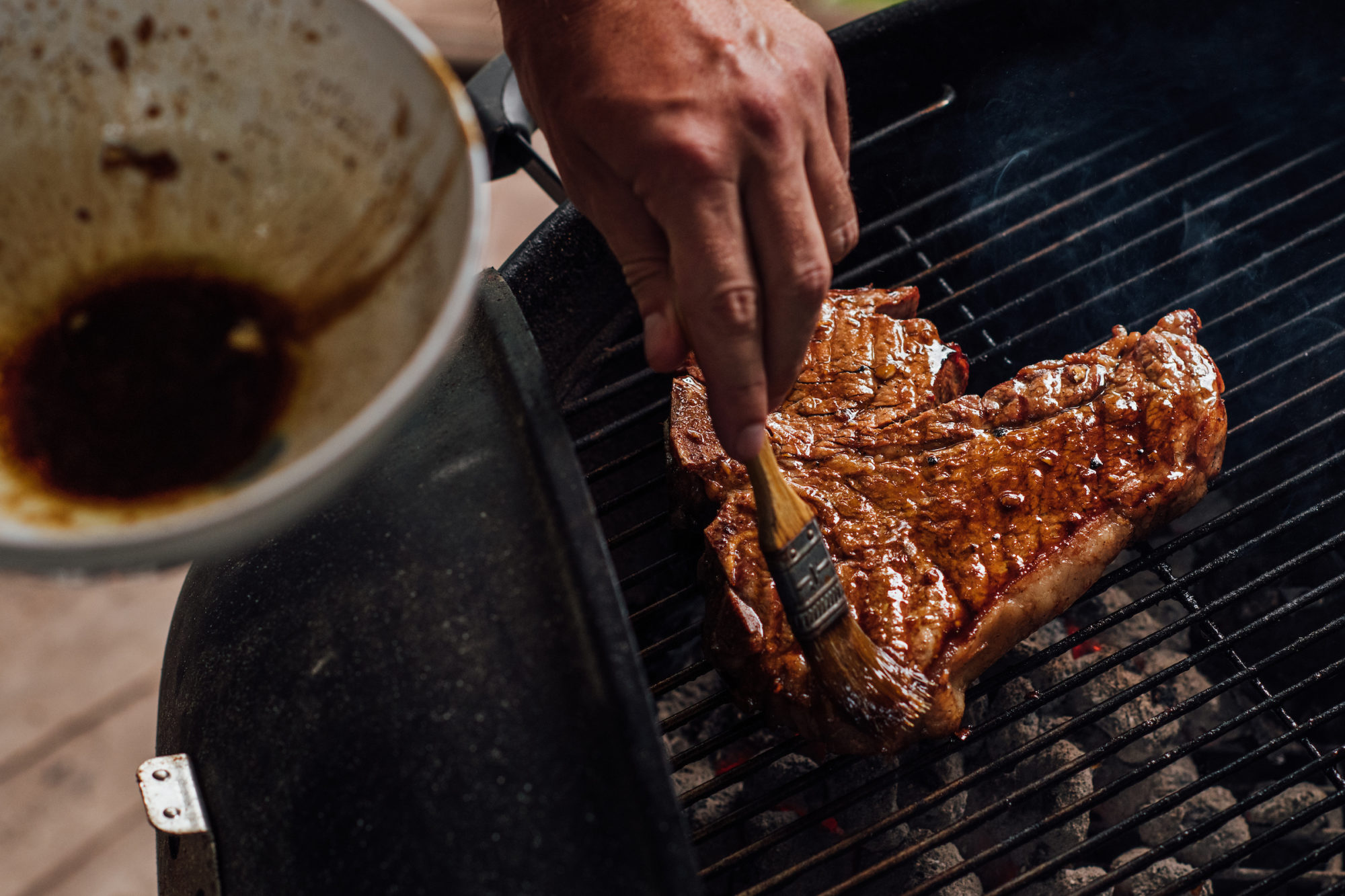 I can stir-fry. I can braise. I can assemble a pasta from a nearly bare cupboard. I have never been adept at directing live fire, though. The finished skewer or patty of meat, whether a kebab or a patty or a link, is regularly the incorrect temperature. The flames flare, and I recoil. I shoot for medium-rare on a porterhouse and land on medium-well. Defeat, pulsating. I have tried tricks. Gauging the protein’s doneness according to the different ridges of the meaty part of my palms, a common steakhouse-cook method. Fail. The direct and indirect fires approach, in which you create a hellfire-hot grill zone and a cooler baby-sin section. Closer. Still a blunder.

I saw my father and his friends grill their way through the 1980s. They laughed and drank, all while grazing their steaks and burgers and hot dogs with a perfect nip of char. I knew their specific confidence and ease was not mine. The blaze sickened. It was fitful; the flames burped and roared. This fire was not navigable by someone like me: a flamer. A flamer in the early 19th century meaning of the word, “glaringly conspicuous.” A flamer in the 20th century morphing of the term to “glaringly homosexual.” A glaringly conspicuous homosexual. I was not man enough to grill. When my boyfriend, Brandon, and I moved to New Orleans nearly four years ago, grilling became standard. Brandon’s grill skills were effortless. Most often, he cooked a grilled-and-smoked chicken. Yes, both: In his proficiency, he could somehow smoke a bird while grilling it over hardwood charcoal. I marveled at his prowess. How his instincts told him when to cover the bird, when to add the chips, how hot the fire should be. I claimed other parts of the meal. Big-flavored green tomato or zucchini or potato dishes. I could breathe in the kitchen. I worried all my masculine bumptiousness would melt in the ambient heat of that Weber kettle grill.

I forced myself toward that Weber when he and I stopped dating a few months ago. It was summer, the year’s grilling locus even in swampy New Orleans, and I was morose. My grilling deficiencies and I needed a reckoning. First, I had to unearth a sound recipe. I found one in The Japanese Grill by Tadashi Ono and Harris Salat.

The book is riddled with smart, simple recipes that complement the showiness of live-fire cooking. Most of the recipes employ fairly common ingredients, like soy sauce, garlic, citrus, sake, and sesame oil. I gravitated toward a breezy marinade of soy sauce, olive oil, garlic, and heaps of fresh black pepper. It read like a streamlined powerhouse. The kind of marinade you could use on most any hefty protein: steak, meaty fishes like salmon and shark, lamb. I bought two T-bones and crossed my fingers. To make the marinade, you grate a handful of garlic cloves and a hillock of black pepper into a bowl with soy sauce and olive oil. Then you whisk until the four are somewhat bound. I dunked a finger and tasted. Sharp, rich, funky, earthy, and spicy. Everything I want in everything, but especially in a marinade. I moved the T-bones through the marinade, coating each of their sides, then left the steaks alone for 10 minutes or so.

Outside in the backyard, the hardwood charcoal I lit in a chimney starter had begun to turn ashy and glimmering. The burning of the charcoal: This I could handle. My palms slavered thinking about the next move.

I dumped the soft charcoal into the Weber’s concave base. I nudged the powder-gray squares into a mound. This would be the grill’s hot side. I placed the grill grate over the charcoal, let it get scorching, and scraped the grate clean with a grill brush, then slicked the grate with an oil-soaked paper towel. On went the steak. Inhale. Exhale. One minute on the hot side, then a few minutes on the cooler side. Flashes of my father. Flip and repeat. My breathing went shallow. Brandon could do this; I cannot. Brush with marinade and flip, then flip again, then again, until the exterior caramelized. I knew I would be battling the irrational, so I brought a precise tool. Into the steak went an instant-read thermometer. It read 120℉ for what is about to be a solid, beefy medium-rare. I pulled the steak off the grate and waited and heaved for 10 minutes.

I sliced the T-bones. Against the grain, as they, including Ono and Salat, say to do. The steak was merely pinkish at the fringe and deep crimson close to the bone. Success! I tasted. Iron and umami and twang. All with that singular carbon lick borne of fire. Brandon, like me, has always seen himself as a flamer. Glaringly, conspicuously homosexual. I was raised surrounded by men, none of whom taught me how to grill. I had to love another man for that to happen. During my recent summer baptism by fire, I was reminded of what is certain. Brandon is more a man than the men I knew, who surmised their performance of manliness would funnel to me by proximity alone. Brandon, by simply being him, glaringly, conspicuously him, made me more a man than I thought possible.