Get a free recipe
Subscribe
Where Was the First Tailgate Party?
By: Max Falkowitz 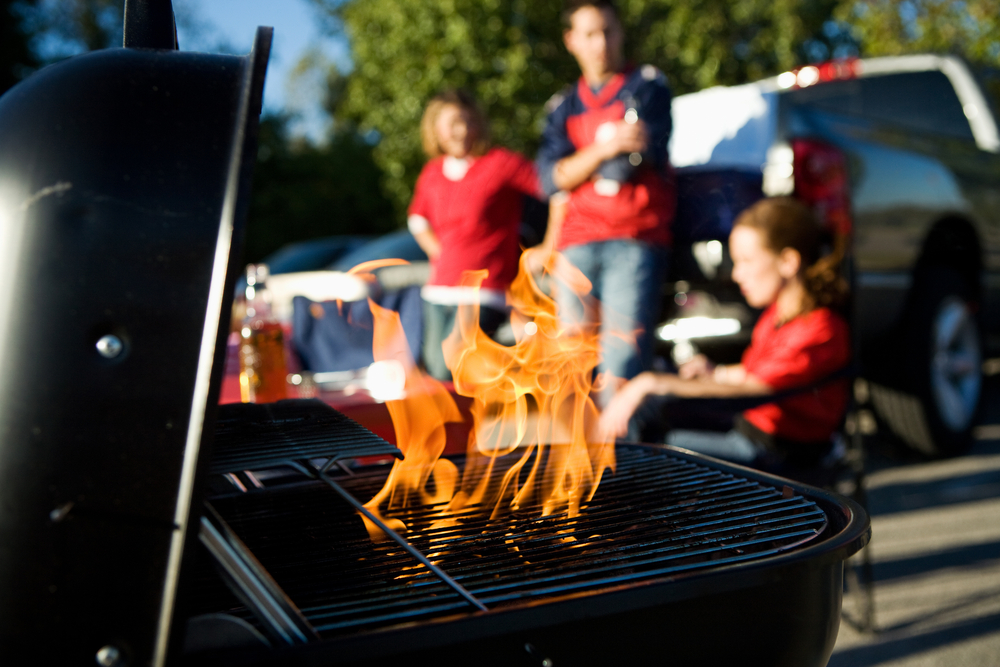 Do you need a car and a parking lot to do it?

Here’s a philosophical question for you: If you don’t watch a football game, you don’t have a car, and you’re not in a parking lot, are you tailgating? Before you answer, consider a few moments that scholars include in tailgating history. In 1861, Manassas, Virginia, locals gathered on a grassy knoll with blankets and picnic baskets to watch the Union and Confederacy fight the battle of Bull Run. In the 18th century, during France’s reign of terror, families brought food and drinks to public executions, staking out spots in advance like Times Square revelers on New Year’s Eve. National Geographic shares a theory from historian John Sherry that tailgate parties are actually artifacts of fall harvest festivals, with football games occupying a convenient temporal excuse to continue the practice in the absence of a community harvesting anything. We’ll leave it to you to decide where harvest/murder parties end and tailgating begins, but in a Vice report on the history of tailgating, the first tailgate party to occur at a football game was in 1869 in New Jersey, where Princeton and Rutgers Universities duked it out on the field.