Get a free recipe
Subscribe
The Fathers of the Coffee Internet
By: Mari Uyehara 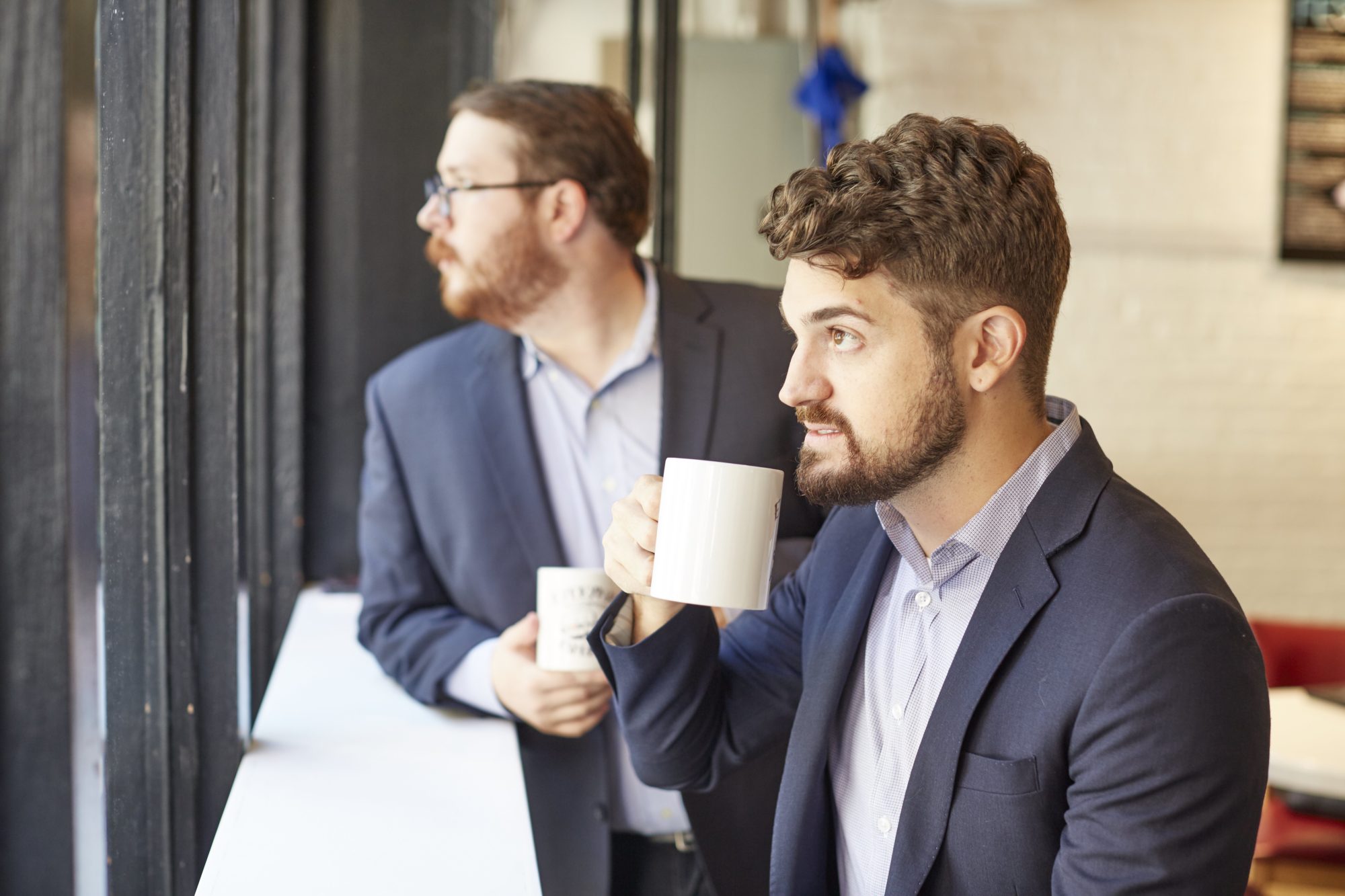 By being serious about the growing third-wave movement but also light and irreverent, the founders of Sprudge helped democratize coffee in a big way.

If you visit Melbourne or New York or Tokyo, you will find plenty of online guides, with overlapping and overconfident recommendations on where to find the absolute best this or that, unfolding over pages of search results. Venture outside popular destinations and the pages of search results shrink to a handful of hits, as I discovered when I showed up in Kumamoto, a laid-back city on Japan’s southern Kyushu island. There was, however, one bright spot in a mostly dark online space of travel guidance for this more obscure Japanese city, and that was, surprisingly enough, the specialty-coffee site Sprudge.

It profiled Kumamoto’s café and roastery And Coffee Roasters, where they serve espresso tonics in the heart of the city. Once I found my footing with a good cappuccino, everything else seemed to fall into place. The coffee world, it would seem, was more connected than the travel world at large.

Zachary Carlsen and Jordan Michelman, childhood friends who grew up in University Place, Washington, launched Sprudge, the world’s premiere coffee blog, as a side project on September 3, 2009. That was almost 10 years ago. But in specialty-coffee years, it seems like the tectonic shift between the Bronze and Iron ages. Now, the pair have just released a new book called The New Rules of Coffee, a trim volume of 55 whimsical tenets, among them a peek into the high-pressure world of barista competitions, nuggets on brewing, and the colonial history of the drink.

Ten thousand years ago, coffee trees were growing in Ethiopia, where people would roast the beans in a pan, grind them, and then pour hot water over them to make the caffeine-laced drink. Dutch traders brought coffee-tree cuttings to Indonesia, and French missionaries spread it to Africa and the Americas; today, coffee is cultivated on four continents and in 70 countries—a legacy of colonialism. For some time, in America, it was, like so many other things in the grocery store, a convenience food. In the 1970s, Americans were buying hundreds of millions of pounds of instant coffee, like Folgers and Maxwell House, each year. But in 1974, Erma Knutsen coined the term “specialty coffee” in the Tea & Coffee Trade Journal to describe the nascent young coffee connoisseurs, like Alfred Peet in Berkeley and George Howell in Boston, who took a more sophisticated approach to sourcing, roasting, and brewing. In 2009, when Sprudge launched, Starbucks, which debuted in Seattle’s Pike Place Market in 1971, was still the best coffee you could find in most parts of the country and had just expanded to 16,635 stores internationally. But a new evolution in the specialty-coffee movement was beginning to rise: third-wave coffee, which focused on regional varietals of coffee, as well as latte art, single-origin, and different brewing methods, such as pour-overs. It was also the dawn of social media and new media: Facebook launched in 2004, Twitter in 2006, and Tumblr in 2007. “It was the era of the personal blog, and coffee was still young,” Michelman recalls. The same young baristas who were interested in cutting-edge coffee-making also took to this new technology. “Coffee folks were Twitter early adopters,” says Sam Lewontin, a barista at New York’s Everyman Espresso and 2015 Northeast Regional Barista Champion, who met Michelman and Carlsen in Seattle. “It was the heady early days of the coffee Internet.”

Sprudge wasn’t the first coffee site. And there were, of course, trade publications, like the Tea & Coffee Trade Journal, and consumer beverage magazines, such as Imbibe, covering new developments in the coffee world, as well as newer Web-based platforms. “There was Coffeed, an invite-only message board where the coffee-nerd people would hang out and get into these deep multi-thread conversations about grind size profiling and refractometry,” says Jesse Kahn, national wholesale manager of Durham, North Carolina, coffee roaster Counter Culture. “You had to write an application to be given a login. Sprudge was a big part of the democratization of coffee culture. They kept it light and fun.”

Today, the site has a wide variety of content, including coffee travel guides, reports on new products like a small-scale Norwegian roaster, and think pieces, such as a recent rant on the practice of calling gesha coffee “geisha” coffee, that fits in with our culturally sensitive zeitgeist. Originally, Sprudge was a caffeine-fueled spoof of the Drudge Report—hence the rhyming name—aggregating links of coffee articles pulled from all over. “[They took] coffee-industry news and wrote these very splashy, sensational Drudge Report–style headlines,” says Lewontin. “It was very funny. And it was the only real place to aggregate all the news in the industry. Pretty quickly it became a thing that everyone had bookmarked.” At the time, Carlsen, who worked at a number of seminal coffee shops, including Starbucks, Murky in Washington, D.C., and New York City’s Ninth Street Espresso, was still working as a barista at Stumptown in Seattle. Michelman, who had come off tour as a musician in a power-pop band called Patience Please, was working as a delivery driver for a corporate food service and putting off applying to law school. He would work on articles in his parked car in between deliveries.

“When we first opened, there was no one else in New York,” says owner Kenneth Nye, who opened Ninth Street Espresso in 2001. “We were the only one for two years. And then Gimme came, and Joe came. It was this slow crawl. Sprudge really created this connected community that went far beyond this regional border.” As the coffee industry grew, so did Sprudge, adding original reporting and doing away with the Drudge-like aggregation design. Third-wave coffee roasters had started opening: Durham’s Counter Culture and Chicago’s Intelligentsia in 1995, Portland’s Stumptown in 1999, and San Francisco’s Blue Bottle in 2002. In 2000, Monaco hosted the first World Barista Championship, which was dominated by Scandinavians for few years; the first American, Michael Phillips of Intelligentsia, won in 2010. Third-wave shops, with espresso machines imported from Italy and dedicated baristas, started expanding beyond Portland, Seattle, and Chicago to New York and Los Angeles, and then to smaller cities all over the country.

Starbucks, which grew from 84 stores in 1990 to 22,519 in 2015, acclimated consumers all over America to buying their coffee at higher prices. “I think about everything generationally. The baby boomers were lugging their kids with them to Starbucks,” says Michelman. “I remember going there and staring at the passport map.” That map helped connect coffee drinkers to the idea that their coffee was grown in places like Guatemala, Ethiopia, and Colombia and prepping them for the farm-to-table movement that had become dominant in the restaurant world.

“Coffee is a piece of fruit—we’re trying to reclaim it as produce,” Michelman adds. As diners increasingly became interested in the provenance of their carrots, their attention also turned to their morning brew. Eventually, Starbucks began copying the trends developed in smaller independent shops, like cold-brew iced coffee, lighter-style “blonde” roasts, and buying the $11,000 Clover espresso machine. As third-wave coffee shops started proliferating more rapidly and a more scholarly approach to coffee took hold, like the publishing of World Atlas of Coffee in 2014, a caricature of the haughty barista also came about. “Initially, [Sprudge was] making fun of that, like ‘look at how ridiculous we all are with our non-real jobs but we take it so seriously,’” says Kahn of the site’s tongue-in-cheek humor. “And then it became ‘Oh, wait, we actually take this really seriously.’ They were really a part of making people who worked in specialty coffee feel like they were part of something that was bigger than themselves, and that was part of a broader culture.”

As baristas professionalized, a tension developed between rude, unappreciative customers and baristas who worked in a profession where pay and respect was low. “The snotty barista was almost a suit of armor,” Michelman says. “That has changed.” Sprudge also started gaining more respect, as mainstream outlets like the Chicago Tribune and The New York Times began quoting Carlsen and Michelman in articles on coffee. This shifted Sprudge’s audience, too, from the baristas behind the counter to the customers waiting in line, particularly as the gig economy started revving up and more and more consumers started treating coffee shops as their offices. For all the eye-rolling about supposed barista snobbery, third-wave coffee shops kept opening, now in smaller towns, like Traverse City, Michigan, where Sprudge had writers ready to report on the best coffee shops. They now have 130 city and neighborhood guides all over the world. Destination coffee is now a must-include on city guides for food magazines, with places like Omotesando Coffee in Tokyo or the Coffee Collective in Copenhagen listed alongside a city’s best tasting-menu restaurant.

The popular success of third-wave coffee drew major corporate interest. In 2015, Peet’s, which is owned by German investment firm JAB Holding Company, bought Stumptown and Intelligentsia. And in 2017, Nestlé bought Blue Bottle. Not everyone is a fan of these seismic shifts in specialty coffee. “The corporatization of coffee has been pretty heinous,” says Nye of Ninth Street Espresso. “Everyone’s being bought, and the amount of money flooding into coffee is a massive concern for me. True innovation always comes from independents—in everything, not just in coffee—so if you rob the level playing field, will there be all the weird, cool things happening?”

Carlsen and Michelman are more measured in their assessment of the direction of coffee. I asked them about the encroachment of Wi-Fi in cafés and of spaces that were once dedicated to human connection becoming de facto offices. “We love cafés with Wi-Fi; we love cafes that don’t,” says Carlsen, adding that they built Sprudge in cafés. “I think that there’s a future where there are cafés that offer different experiences.”

Wherever coffee goes next, it seems that Sprudge will be there to cover it. 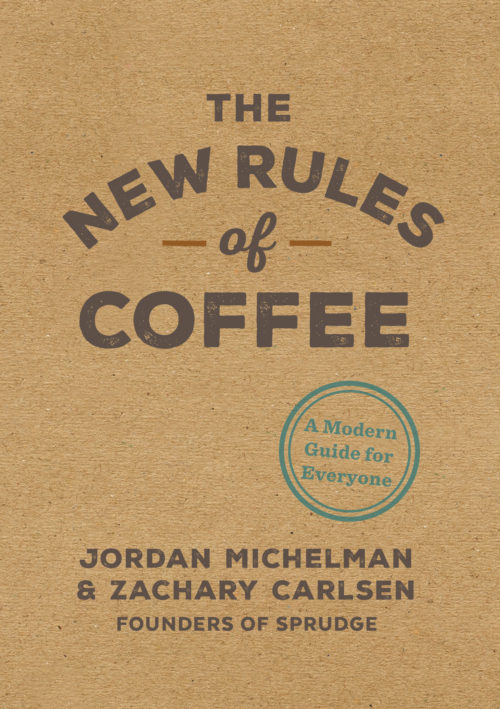