Get a free recipe
Subscribe
Everyone Should Have a Winter Cooking Goal
By: Anna Hezel Illustration: Vance Lump 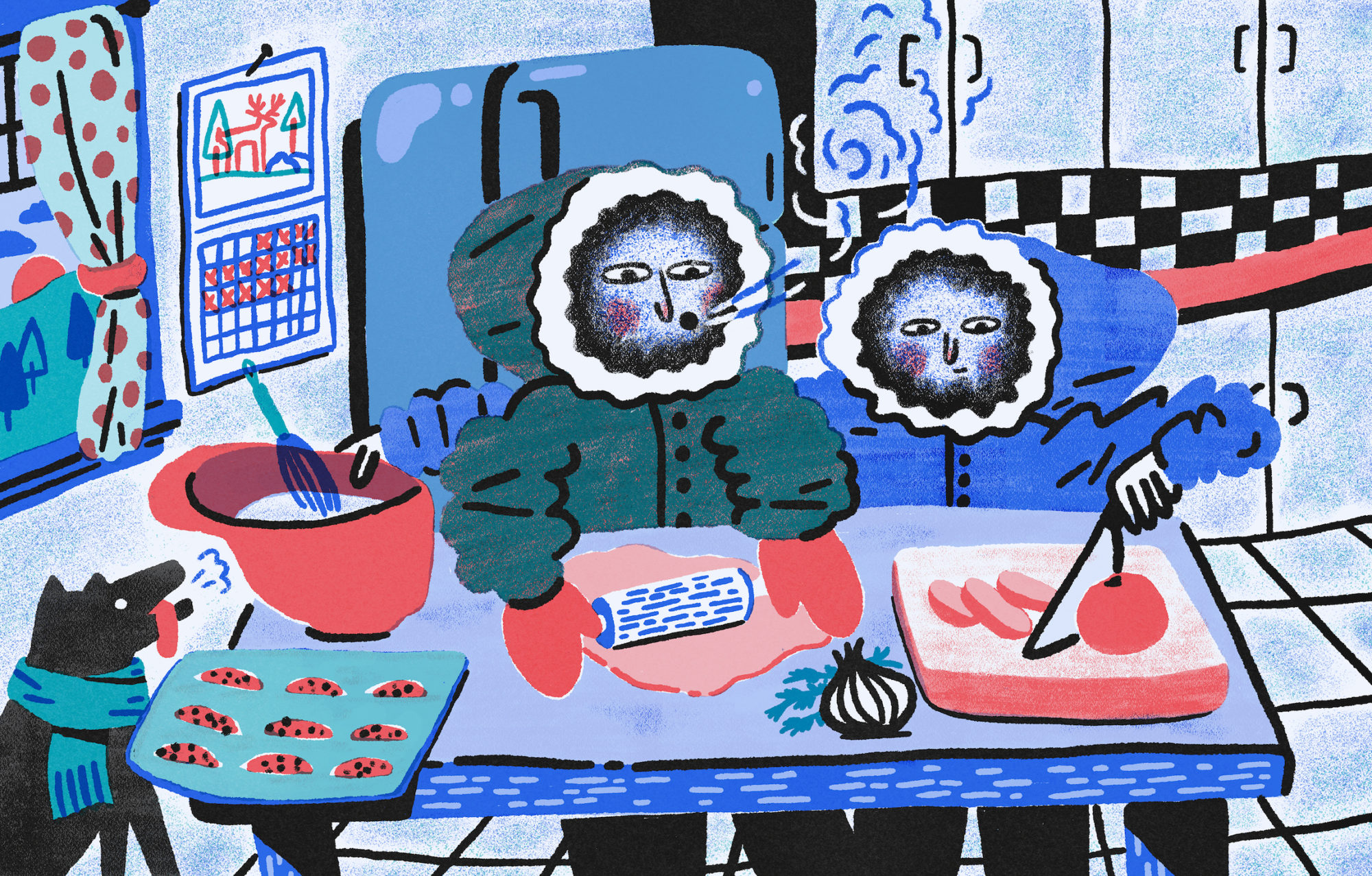 Forget about New Year’s resolutions. Everyone needs a few ambitious (or not-so-ambitious) personal cooking goals to get them through the coldest, darkest months of the year.

Last winter, fighting boredom and cold, and wanting to have something to show for myself at the end of the winter, I made lasagna over and over again until I could comfortably say that I was proficient at it. The lasagna was nice to eat warm out of the oven, cold the next morning, or packed and reheated for lunches, but that wasn’t really the point. The point was to cook something repeatedly until it became basically absurd—to exhaust variations, but also just to be able to say, at the end of it all, as the frost melted, that I was pretty good at making lasagna.

When a friend of mine, Tammie Teclemariam, mentioned recently that salsa mastery was her “winter project,” I realized that she was giving a name to something I’d done plenty of throughout the years but never really thought about. We were creating our own, somewhat arbitrary lesson plans to become experts on our own somewhat arbitrary subjects. I had seen her spend the last month or so toasting sesame seeds, grinding chiles, and blending bright green and orange salsas in her Instagram stories. In previous years she’d dabbled in soufflés, crepes, and donabe, she told me.

“When I commit to a cooking goal, it’s more about strengthening kitchen intuition than adding a particular dish to my repertoire,” she explained. “I usually start with a lot of research and follow recipes to the letter, so I feel successful when I can finally improvise something that tastes authentic.”

You can approach the goal-making with pragmatism—hoping to embark on a project that will keep your family fed or keep your lunchboxes full—but the most gratifying winter cooking goals are a bit impractical and a bit self-serving. Chris Thornton, cohost of the Carbface Podcast, told me that his goal this winter is the same as last year’s: to make a beautiful, elaborate buche de noel and eat it entirely on his own. “The holidays demand so much giving and joy and sharing, and I think a personal log cake is the ultimate self-care dessert,” he said.

Francis Lam, an editor at Clarkson Potter, told me that in spite of having a three-year-old with very little interest in desserts, his winter goal is to break out of his cooking comfort zone and into cookie-baking. “It may be some perverse thing like how, before she was eating solid food, I keep waiting for her to get big enough to eat French fries,” he said. “And now, lo and behold, she won’t eat anything but French fries if there are French fries in the same building as her. So it’s not a good idea.”

When I asked Molly Yeh, the host of Food Network’s Girl Meets Farm, about her plans this winter, her answer was a mix of practicality and hungry ambition—to fill her freezer with good things before her baby is due in March, and to master hand-pulled noodles to rival the ones from Xi’an Famous Foods. Deb Perelman, of Smitten Kitchen, told me she wanted to learn how to make sourdough and try, just once, to make chocolate croissants. “I guess you could say my winter cooking goals are to reach my gluten-full-est potential,” she said.

Some winter cooking goals are about taking an almost insurmountable-seeming kitchen task and bringing it into focus and clarity, and some are just about cooking the same thing 10 times like a maniac until you feel like you’ve got it down. My mom has never shown any particular interest in lamb, but after recently making a lamb curry from Ina Garten’s Cook Like a Pro, she told me that she’d like to spend the winter cooking all of Ina Garten’s lamb recipes—roasts, stews, braises, and all. Sometimes it’s just nice to be an expert on something, even if it’s as small and specific as how Ina Garten likes to cook her lamb.