Get a free recipe
Subscribe
Why Does Every Recipe Have to Be Magic?
By: James Hansen Illustrations: Joanna Neborsky 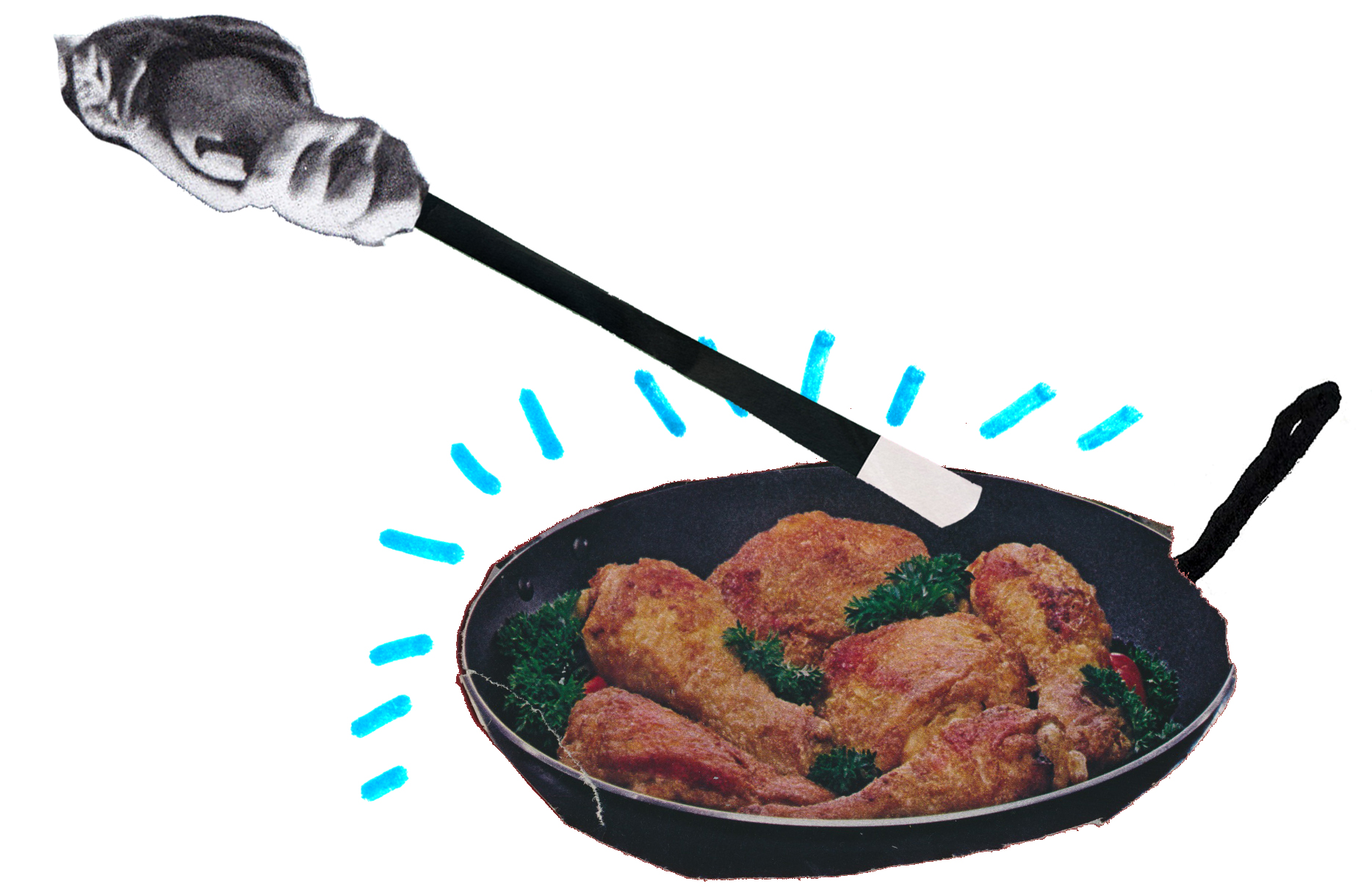 We’ve reached an apex of hyperbolic recipe-labeling. But is there really anything magic about a recipe that just works?

In 2018, beans are not the only magical fruit. Food magazines and recipe databases advertise magic crispy chicken. Magical coffee. The magic of miso soup. Magical poppy seeds that won’t affect the results of a drug test. Japanese beef stew that is “umami-rich and deeply magical.” A cursory search for “magic” on one popular culinary website recently returned 786 results for everything from Japanese konro grills and caramelized leek toast to butterbeer (seems legit). As the poet Tom DeLonge foretold in 2007, everything’s magic.

But how did all of our food come to be so infused with mysticism? Writing in the 1970s, James Beard never claimed that his recipes for jellied pork or ham in tomato cream were magic. He just presented them as they were—combinations of ingredients that worked and could be relied on. But recipe-writing vernacular and style has shifted as digital media has taken over the field. A tried-and-tested recipe isn’t good enough. We need the unexpected, the revelatory, the remarkable. Just this past week, New York Times food editor Sam Sifton wrote that the combination of Chinese five-spice, salt, chicken stock, and star anise was “pretty magic” on some pressure cooker duck legs destined for a grilled cheese. Roasted canard with hot cheese between bread hardly requires a spellbook, and yet here we are

There are some practicalities at work here. Sonia Chopra, Eater’s director of editorial strategy, knows that when you’re writing about recipes and cooking, you have to stand out from your competitors. “Of course you need catchy names and quick, pithy copy,” she says. It makes sense: Calling your crispy chicken “grounded” or “subject to the scientific realities of applying heat to proteins” wouldn’t be the clickiest bait, despite its highly practical approach.

That said, it’s often the comfort of consistency and predictability—not flash or adventure—that appeals at midweek dinnertime: knowing your dish will work in accordance with the central tenets of cooking, with the generous reassurance of books like Samin Nosrat’s Salt, Fat, Acid, Heat, leaves room for invention and customization. Therein lies the magic, not in some innate mystery of breading chicken in panko or infusing a drink with turmeric.

Chopra thinks that embellishing recipe names can come at a cost. “So often, the way writers and editors do that is by othering a cuisine or a dish in some way,” she says, speaking of the way many writers have of explaining another culture only in terms of how “exotic” or “wild” it is compared to their own. An article on The Takeout that I read recently about Japanese beef stew, for instance, reads: “Like a blizzard of cherry blossoms, Japanese stewed beef is simple but deeply magical.” See also: There is, of course, nothing magical about seasonality, nor about slow-cooking meat, but the sense of distance and gesture toward the exotic works to alienate an already unfamiliar culinary tradition.

The term can also be a cheap way of detaching a dish from its origins or its associations with poverty. Soleil Ho, a writer and host of the Racist Sandwich podcast, points out, “‘Magic’ sounds nice, but it erases labor, sweat, and the hard parts of creating or doing,” she says. Korsha Wilson, the host of the radio show “A Hungry Society,” agrees, adding, “When you say something is magic, you’re really erasing the history of why a dish or ingredient is a part of a culture, and you’re making it some mystical thing that you can then coopt and talk about like you own it.”

Khushbu Shah, writing for TASTE, recently found herself bewildered by the gauche trendiness of the turmeric milk she grew up drinking when feeling crappy, bewildered even more by its renaming as “moon milk,” as if lunar mysticism were a conduit to a golden root. (FYI: Actual moon milk is a limestone deposit formed in caves, and I am keenly awaiting its conversion into a latte.) Moon Juice is perhaps the apotheosis: a Californication of naturally derived ingredients transformed into the supernatural; powders and supershrooms and mystified roots turned to dust and sent to another planet, or just a particularly luminescent section of Malibu pavement. Take an ordinary ingredient that people have been cooking with for centuries. Blend it into a drink. Give it some kind of mystical name that pulls it out of reality/history. Now sell it!

Whether it’s fact-checking an ingredient, committing some actual research to a recipe or freeing ancient, long-held remedies from the trappings of faux-mysticism, it’s time to break the spell. Magical…can we not?