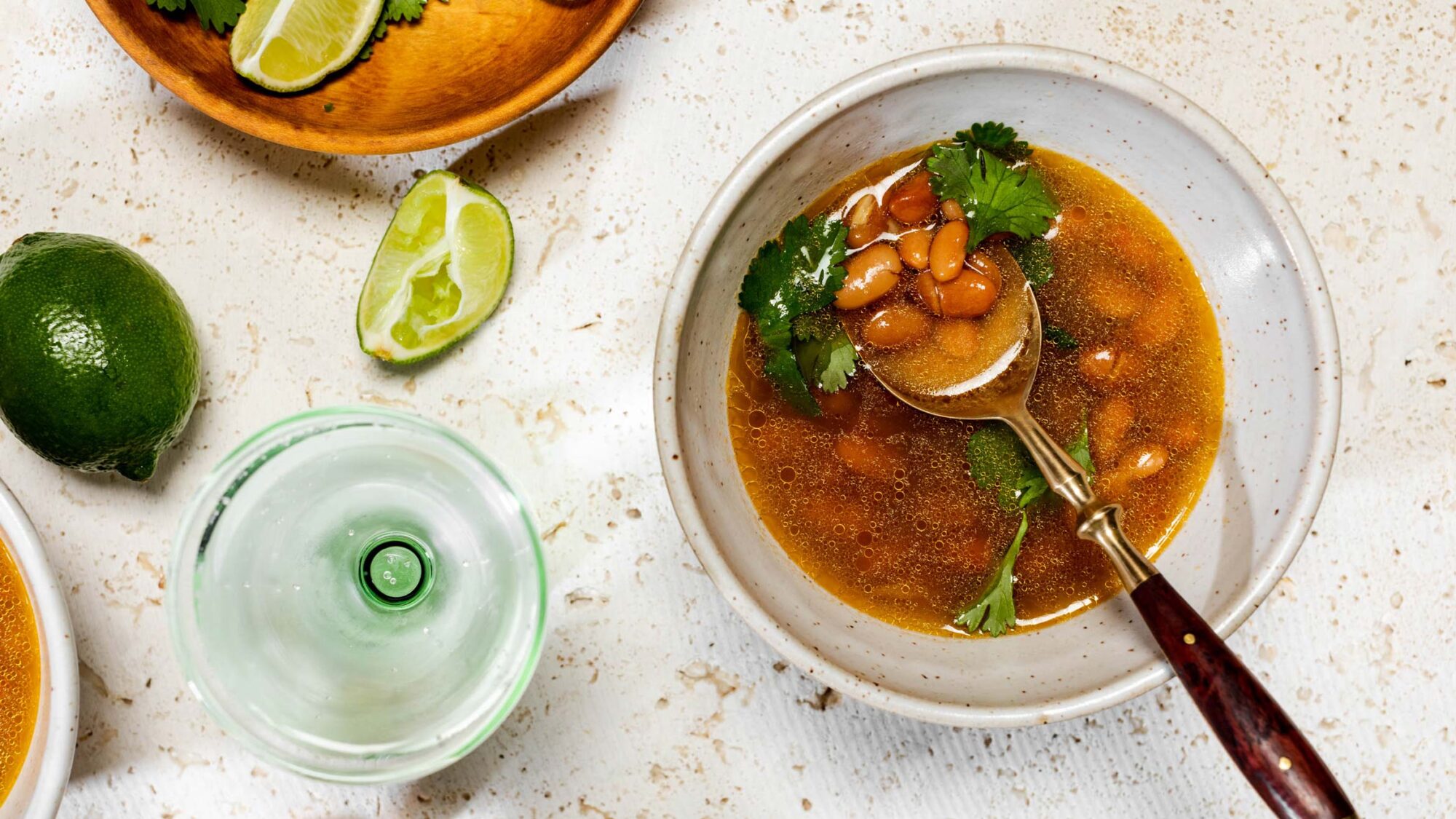 Amid a deluge of coronas and borlottis, the bean boom has left one of the creamiest, most versatile legumes behind.

In a sea of heirloom cranberry beans and pistachio-hued flageolets, it’s easy to overlook the pinto bean. This workhorse of a bean has always been there for us, but it rarely gets the respect it deserves. It’s possible that it’s become a victim of its own success and ubiquity, as so many Americans’ introduction to beans is in the form of the goo spread unevenly across the interior of a microwave favorite. (You can thank the pinto for the warm and squishy filling of the beloved bean burrito, by the way.)

But, as with many popular things, there are good reasons why the pinto is many people’s entry point into the wide world of beans. Pintos naturally cook evenly and are gloriously tender, and their thin skins make for relatively easy digestion. A bag of the dried variety will only set you back about $2 at your neighborhood grocery store. For about $6, you can spring for some Rancho Gordos, which have the added benefit of being fresher than many grocery-store brands.

A little thoughtful attention and time in the kitchen can turn this widely available bean into something truly special. You might try giving pintos a sort of “spa” treatment by slowly simmering them with a collection of aromatics like celery, onion, and garlic. Doing this creates a broth so satisfying you can drink it on its own—an idea that takes inspiration from San Francisco’s Cala, a modern Mexican restaurant that serves cups of bean broth garnished with a few snips of cilantro.

I like to quickly toast the dried pinto beans in olive oil with poblano pepper, onion, garlic, and a sachet of herbs and warm spices (like some sprigs of fresh parsley and oregano and a cinnamon stick) before stewing this all together with fresh tomato for a rich, spiced, full-flavored broth that can be strained for a warming bowl of soup or a muggable drink like tea. To me, that cup and this recipe are a purist’s dream. It showcases the bean’s nuances and the incredible flavor it creates when slowly cooked with a few complimentary ingredients.

The flavorful cooked beans left over from this broth can easily be used for one of the most common ways to prepare pinto beans—one that we have all probably been doing wrong for most of our lives. In her seminal book, The Cuisines of Mexico, author and historian Diana Kennedy explains that “refried beans” is sort of a misnomer. “Mexicans have a habit of qualifying a word to emphasize the meaning by adding the prefix re- . . . the oil will be very hot (requemar), or something very good (retebien), thus refrito means well-fried, which they certainly are, since they are fried until almost dry”—but not actually fried twice, as the name would suggest.

Kennedy’s technique is less like the soupy mash that you’ve had drizzled over nachos, and more like an aggressively cooked omelet that replaces the eggs with beans.

Kennedy’s technique is less like the soupy mash that you’ve had drizzled over nachos, and more like an aggressively cooked omelet that replaces the eggs with beans. Fat (usually lard or olive oil) is heated on high with chopped onions before adding precooked beans. Mash and continue to cook them until you’re left with a highly saturated mound of well-fried beans that sort of look like a cross between a mountain range, an omelet, and a French quenelle. The top has crisp and caramelized skin that covers the superrich bean mash with concentrated, creamy, and nutty flavors. It’s a great weekend breakfast dish that screams for generous amounts of lime juice and a few crumbles of salty cheese.

Perfectly simmered pinto beans are excellent as is on day one, plucked straight from the pot of broth and eaten with a spoon. But the number and variety of dishes that emerge from the leftovers are astounding: pinto beans can be dressed with a bright vinaigrette for a salad, or they can be tossed with tomatoes and salsa verde for an acidic side. You can add a few more layers of salty flavor by stewing them with bacon and anchovies to serve alongside a grilled steak, or you can puree them into a super suave dip. Pintos are here for us, any day of the week.