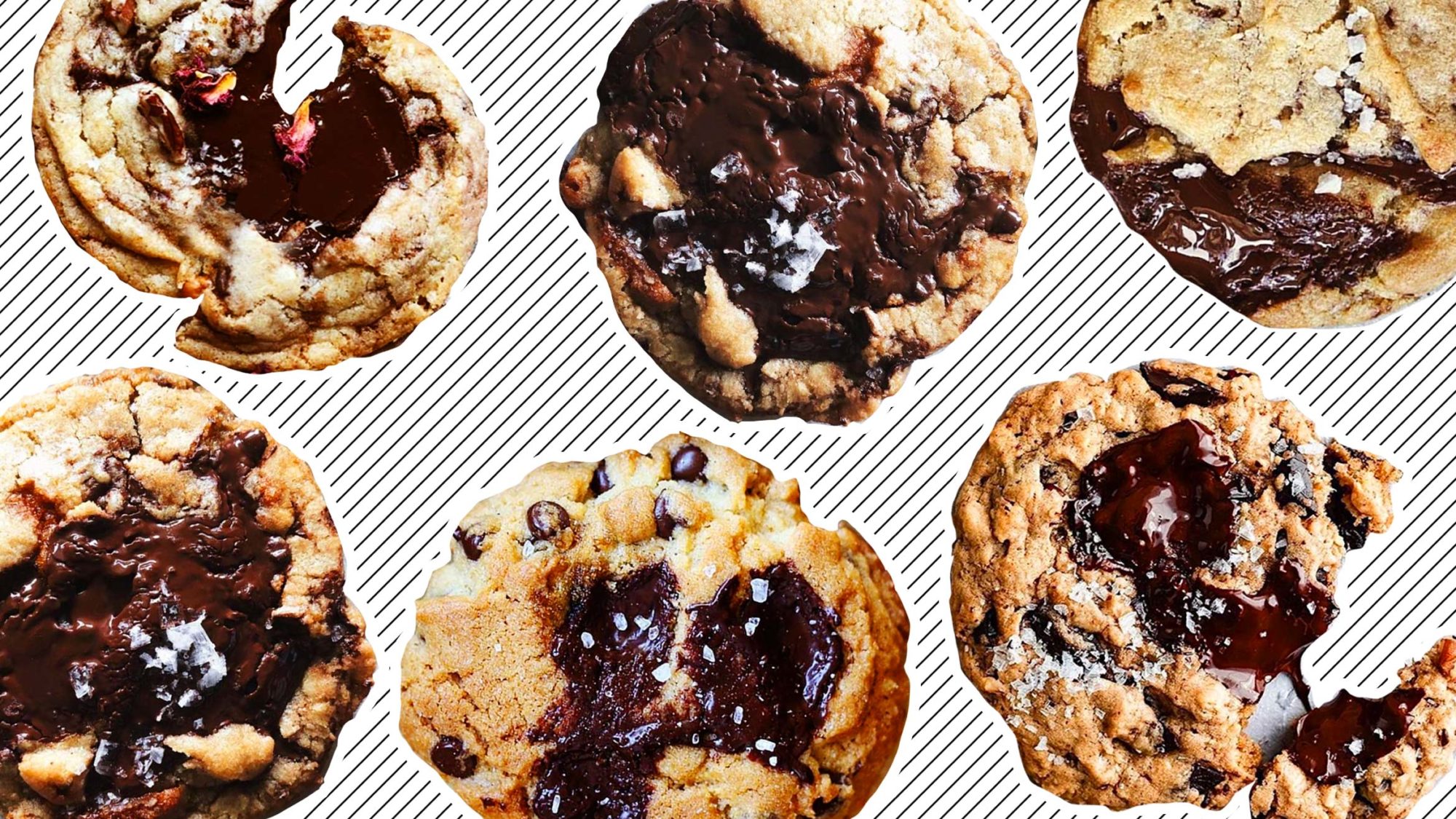 There’s way too much dark chocolate and salt in today’s most-liked cookies.

The chocolate chip—excuse me, chunk—cookie has lost its way. If your Instagram feed is anything like mine, I suspect many of the cookies racking up likes are deeply flawed. These oozing blobs are woefully imbalanced, often too bitter, too salty, and not structurally sound. Over the last decade, the chocolate chip cookie has shed its quaint Toll House roots. Fueled by a thirst for internet fame, spiking SEO rankings, and genuine geeky enthusiasm, recipe writers and baking bloggers alike have relentlessly tweaked America’s most iconic baked good to optimize it for the grid.

Every year, without fail, new articles appear, proclaiming, “We don’t need another chocolate chip cookie recipe, but…” Is it because food writers are on a never-ending quest to create a little buzz? Or perhaps we’re forever chasing the nostalgia of our youth. I fully support eating what you like, and how you like it, but I want to pause for a moment and consider if, collectively, we’ve gone a bit off course with this iconic food. What started as a few chocolate morsels suspended in a Ruth Wakefield’s Butter Drop Do in 1936 has transformed, 80-some-odd years later, into a barely recognizable, salt-flecked chocolate lagoon. Back then, 12 ounces—what was considered the gold standard of chocolate for 60 cookies—is now suitable for 20.

Why am I complaining about too much chocolate? Because in the context of a cookie, a mouthful of bitter, molten cacao is simply not good. That’s what chocolate lava cake is for. The greatness of a chocolate chip cookie lies in the interplay between sweet, salty, and bitter flavors highlighted by many textures, from crisp, caramelized edges to fudgy, craggy centers. Chocolate holds many flavors, from bitter and nutty to fruity and citrusy. In a balanced cookie, notes of toffee, butterscotch, and caramel offer sweet relief in smooth, rich pockets of chocolate. A sprinkle of salt keeps the whole thing in check, but a heavy hand can easily overpower it. Knock any one element out of balance, and you can end up with a one-note cookie. In the case of Instagram, that note is primarily bitter.

But I feel some personal responsibility for where we are. I’d like to blame the state of the chocolate chip cookie on Instagram culture alone, but for more than three years, I oversaw one of the largest food media social accounts. Instagram trends come and go—remember avocado roses? But in 2016, I began noticing that chocolate chunk cookies were on an upswing. In pursuit of growth, I began strategically pumping baking sheet after baking sheet of absurdly chocolaty cookies into millions of feeds on a regular basis. Molten cookie content, or “engagement bait,” as we jokingly called it, became a lever to pull to boost activity during a slump or to prime the audience for a new product release.

Over the last decade, the chocolate chip cookie has shed its quaint Toll House roots.

I began setting the (very chocolaty) bar of what a cookie should look like by rewarding the gooiest, meltiest puddles that tagged us with a regram. I wasn’t consciously pushing this sea change toward chocolate imbalance, but the standards for an Instagram-worthy cookie were evolving, and I was complicit.

A cacao arms race has occurred, with the chocolate-to-dough ratio skyrocketing. In 2008, after a summer spent gathering intel from some of New York’s greatest bakers, including Jacques Torres and Dorie Greenspan, David Leite published a recipe for the “consummate chocolate chip cookie” in the New York Times. His recipe departed from the iconic one on the back of the bag in a few notable ways: It called for two types of flour, 1.25 pounds of bittersweet chocolate disks (or feves), and dough that is chilled before baking. It was the first mainstream cookie recipe to glorify couverture chocolate (fewer stabilizers, superior melting), spotlight cacao percentage, and articulate the benefits of an overnight rest.

When the oversize, chocolate-laden cookies arrived in print, they were picked up early by bloggers like Deb Perelman of Smitten Kitchen, but their influence didn’t manifest until a few years later, when a consensus from food blogs and high-profile Instagram accounts like Tasty began commanding serious attention. The Times recipe was widely considered to be too fussy, expensive, and time-consuming to be made regularly, but the lessons at the core of the cookie were instilled. There was a real appetite for new takes on the classic, and recipes from Ashley Rodriguez, J. Kenji López-Alt, Joy Wilson, Tara O’Brady, and Sarah Kieffer began making the rounds, incorporating their own spins, like brown butter, demerara sugar, and pan-banging. This new crop of Internet-famous recipes continued to sing the praises of hand-chopped bittersweet chocolate, encourage chilling, and instate the importance of salt. Compared to the Toll House standards of our youth, the chocolate pools, rivulets, and wrinkles were exciting.

A cacao arms race has occurred, with the chocolate-to-dough ratio skyrocketing.

Around the same time, dark chocolate was gaining popularity, thanks to a growing number of scientific studies linking cacao to positive health outcomes. Americans finally had permission to embrace chocolate—as long as it was 70 percent cacao—and embrace it we did. Despite their butter and sugar, chocolate-studded cookies managed to align with the growing conversation on wellness. The increase in consumer knowledge led national grocers like Whole Foods to begin stocking high-quality bars, feves, and wafers, and even Trader Joe’s and Nestlé began producing bittersweet chunks that used to be limited to baking supply stores.

Since then, the cookie innovations haven’t stopped. With home and professional bakers vying for attention in a crowded space, many have resorted to piling on more chocolate and salt—and it’s worked. A quick scroll through Instagram will reveal an abundance of artfully oozing, salt-flecked cookies. It’s not surprising that our algorithm-driven culture—which rewards absurd, extreme, and entertaining content above all—would distort our culinary proclivities. In a race to grab attention and likes, people are continuing to push the limits on how much chocolate a cookie can physically hold. A recent Martha Stewart recipe calls for a staggering four and a half cups.

It’s almost hard to remember that in the early aughts, salted desserts were considered avant-garde, chocolate chips were often the only grocery store option available for cookie baking, and we ate dinner without documenting it. While I have no doubt that we will forever be reinventing the chocolate chip cookie, for pleasure and for goosing social media engagement reports, I hope we begin to reprioritize taste and balance.

There’s a place for many different chocolate chip cookies at the table. Just be sure you’re making them the way you actually like them, and not for the sake of the ’gram. There are now a staggering number of resources dedicated to helping people devise their own perfect chocolate chip cookie. So go forth and manifest the cookie of your dreams—below, you’ll find mine.