Get a free recipe
Subscribe
What Is Cream Cheese Exactly?
By: Max Falkowitz 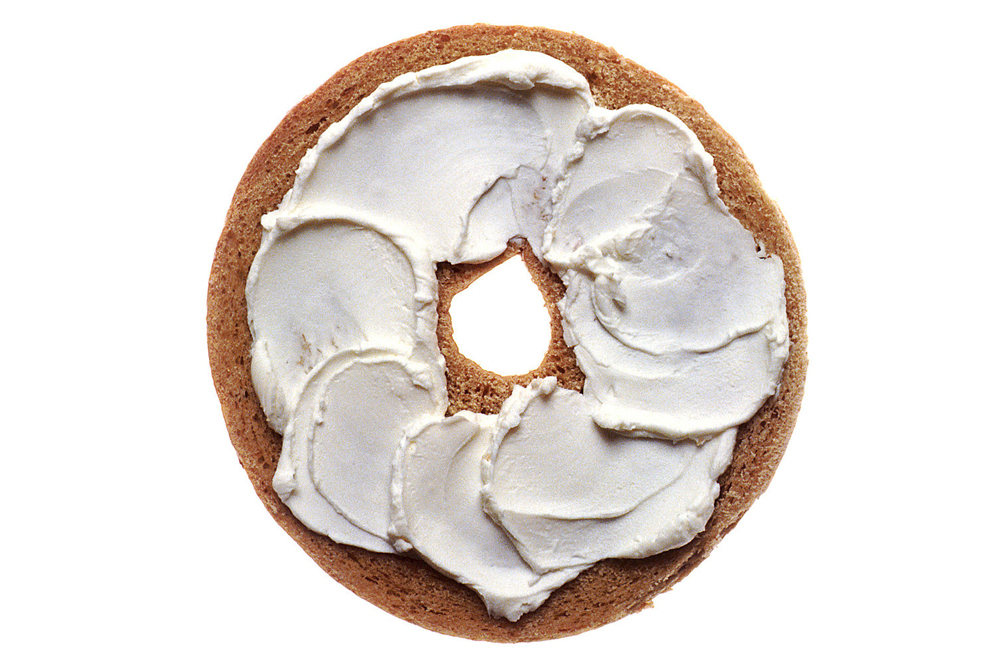 Here’s how to make a batch of the bagel’s best friend.

There are many basic truths that we know are scientifically provable, but that we probably don’t have the knowledge to personally demonstrate. Why the sky is blue. How gravity works. What the hell cream cheese is, because despite its supermarket ubiquity, no one ever talks about how it’s made. To get technical, cream cheese is a true cheese, at least so long as it meets FDA standards of a minimum 33% butterfat content and no more than 55% moisture.

To make it, manufacturers introduce lactic acid bacteria into a pool of slowly heating cream and milk. As the bacteria go to work, a semi-solid curd layer forms that separates out from the whey, which is strained away. By the time the high-fat cheese curd reaches its maximum solidity (around a pH of 4.5, the rough acidity of buttermilk), the heat has risen high enough to halt the bacteria and set the cheese. The spreadable sour dairy is cut into blocks, wrapped, and eaten within a few weeks.