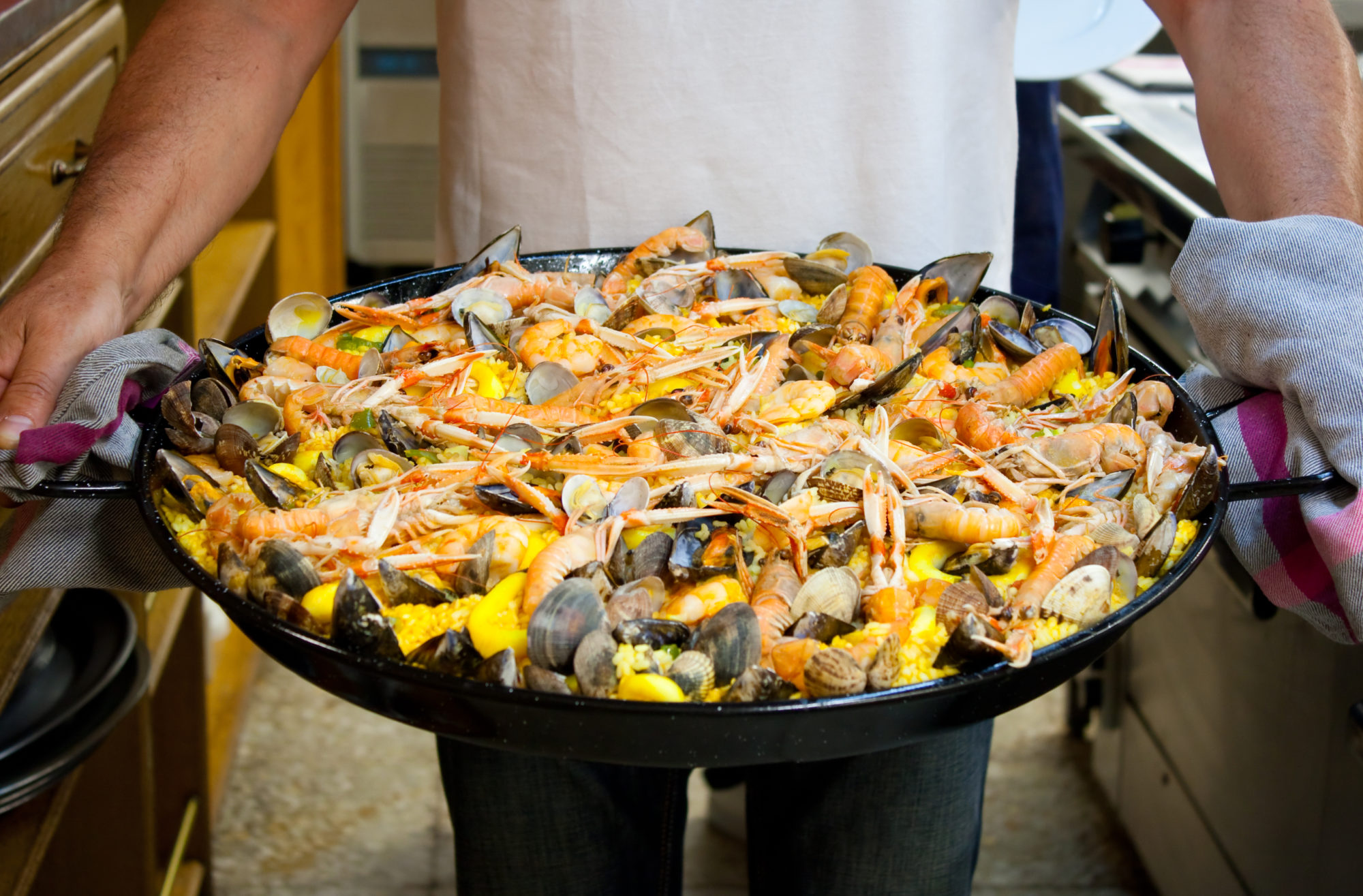 Why, in a land where unadulterated culinary traditions run deep, are cooks turning to an artificial imitation?

As a curious American cook, I had high and hungry expectations for my new gastronomic life in Spain’s southern town of Seville when I moved here two years ago. Though I found the fruitiest olive oils and the boldest sheep’s-milk cheeses, my fantastical dreams of saffron-stained rices came screeching to a halt within a few short months. I thought saffron was a pantry staple here—the tiny box every Spanish abuela reaches for during her Sunday rice ritual. Instead, in the kitchens of most home cooks I encountered, I found succulent salt cod swimming in a food-coloring-infused broth. A dash or two of this colorante appeared again at a paella cookout. And in a rigorous cooking class I took that focused on Spanish rice dishes, a pot of rice received a couple quarts of vivid orange liquid containing only a pinch of saffron, supplemented, once again, with food coloring.

So why were cooks using chemical dyes? I had to find answers before taking one more bite of fluorescent seafood stew.

The ruby threads of saffron are stigmas that come from the purple saffron flower. Each stigma is meticulously hand-harvested and dried, making it the most expensive spice in the world. (Spanish prices range from the equivalent of about $7.50 to $10.50 a gram, and up to $18 for the organic stuff.) The flower grows primarily in Iran, Afghanistan, and the Castilla-La Mancha region of Spain and is most commonly used in Indian, Middle Eastern, and North African cooking. In Spain, the “red gold” is a whisper of Moorish occupancy in the peninsula and leaves soft yellow streaks across the country’s stews, soups, sauces, and quintessential rice dishes. Strands of saffron are often steeped in warm water to extract their vivid yellow color.

But at the end of the 19th century, the belated wave of industrialization washed over Spain’s white beaches and eventually flooded into its cuisine. Fraudulent versions of saffron, often fabricated with other flowers or dyes, made their way across Spain’s borders. Chinese saffron, said to be inferior in taste and color, also had its debut, and with the accompanying industrialization and globalization of edible goods, many Spanish cooks turned to a neon traffic-cone-orange powder as an economical way to at least keep the beloved golden hue in their cuisine.

Fifty miles outside of Seville, in Jerez de la Fronterra, home cook and great-grandmother Carmina Fuertes shares that she used to cook with saffron, but the prices rose, so she switched to food coloring. Seville resident Salome Machín assures me they usually used saffron while preparing meals in her southeastern coastal hometown of Almería, but always had food coloring around. Now she, like many millennials, uses turmeric as a natural alternative. Alberto Sánchez, a cooking instructor at Seville’s Mimo Cooking School, tells me that because of saffron’s price, a pale rice could be seen as a sign of hard times. “A golden paella is a way to appear to be on the same level as everyone else, even if you’re not.”

The slow, steady adulteration of saffron over the years may have shifted the nation’s perspective on the spice. The fact that absence of real saffron has gone largely unnoticed by both travelers and locals makes one wonder which is more important—the color or the flavor. But ask a few seasoned home and professional Spanish cooks, and they’ll tell you pure saffron is a powerful force.

To one it tastes of cooked apples and honey; to another it’s an earthy, smoky flavor that can’t be replaced. But these subtleties can be easily lost amongst the sweet sofrito and browned rice bits of a bubbling paella. I find retired Valencian chef Tamarit, the same rice master I saw mix a colorante-saffron potion, working the room at this year’s rice seminar in Seville. Like any supporting ingredient on the stage of a perfectly crafted dish, he says, “saffron doesn’t have to be the protagonist.” He does admit that even in Valencia, the birthplace of paella, many people use food coloring.

Yet he recounts his grandmother layering strands of fresh saffron on a small piece of paper next to the stove to dry and grinding it into a powder. Tamarit feeds my perplexity once again by pointing to the bright liquid sitting at the prep table and confesses, “We’re prostituting our food…but you can’t afford to use saffron at an industrialized level like this. So we use half.”

Like much of Spain’s best dishes, this is poor man’s food—made to stick to your bones with layers of starchy potatoes and fried bread. It hails from Salome Machín’s family in Almería, an agricultural city on the southeastern Mediterranean coast known for its black volcanic sand and proximity to northern Africa. Though the recipe calls for chicken, many residents opt for fish or calamari instead.

Megan Lloyd is a freelance writer, cook, and recipe developer. Though originally from Houston, she currently resides in Sevilla, Spain.