Get a free recipe
Subscribe
Where Do Corn Dogs Come From?
By: Max Falkowitz 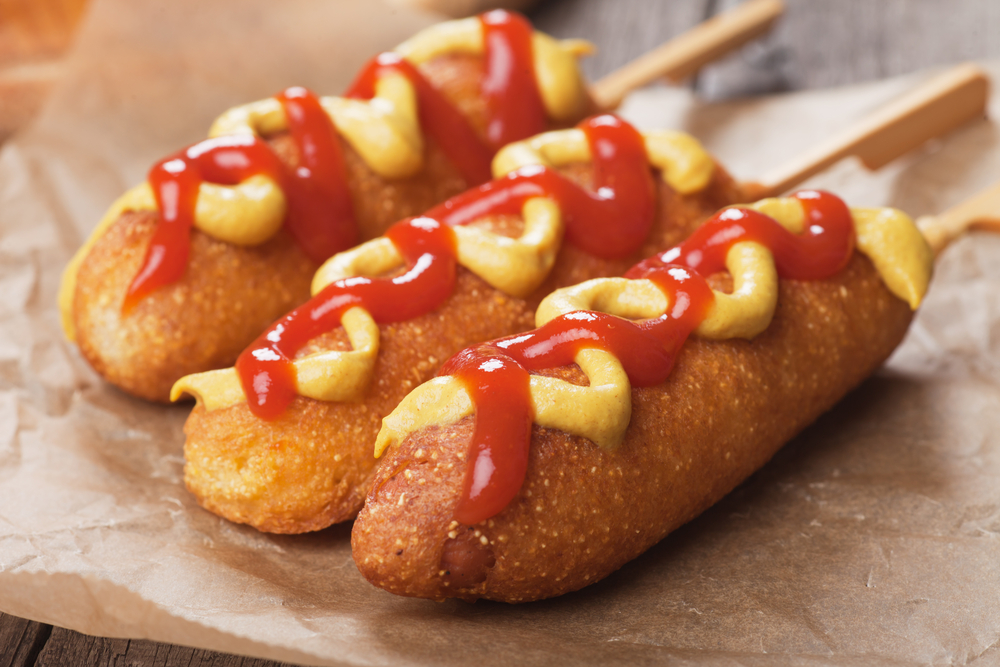 How cooking convenience became a product of accidental necessity.

Perhaps the earliest printed mention of the corn dog comes from the patent of an inventor who never sold a single stick. In 1927, Stanley Jenkins of Buffalo, New York filed a patent for a method of dipping foods impaled on sticks, including “weiners,” in batters that included self-rising flour, then deep frying them. This is not to say Jenkins was the first to ever put stick to dog to cornbread, though, as cornbread batters and food on sticks were widely enjoyed across the American South and Midwest at the time. But it would take until the 1940s for corn dogs to be discussed by that name, as the started appearing across State Fairs. At that point, several food stand operators claimed ownership over the concept. Poor Mr. Jenkins never saw a dime from the snack’s success.

Also read: Sliders Slide Back In