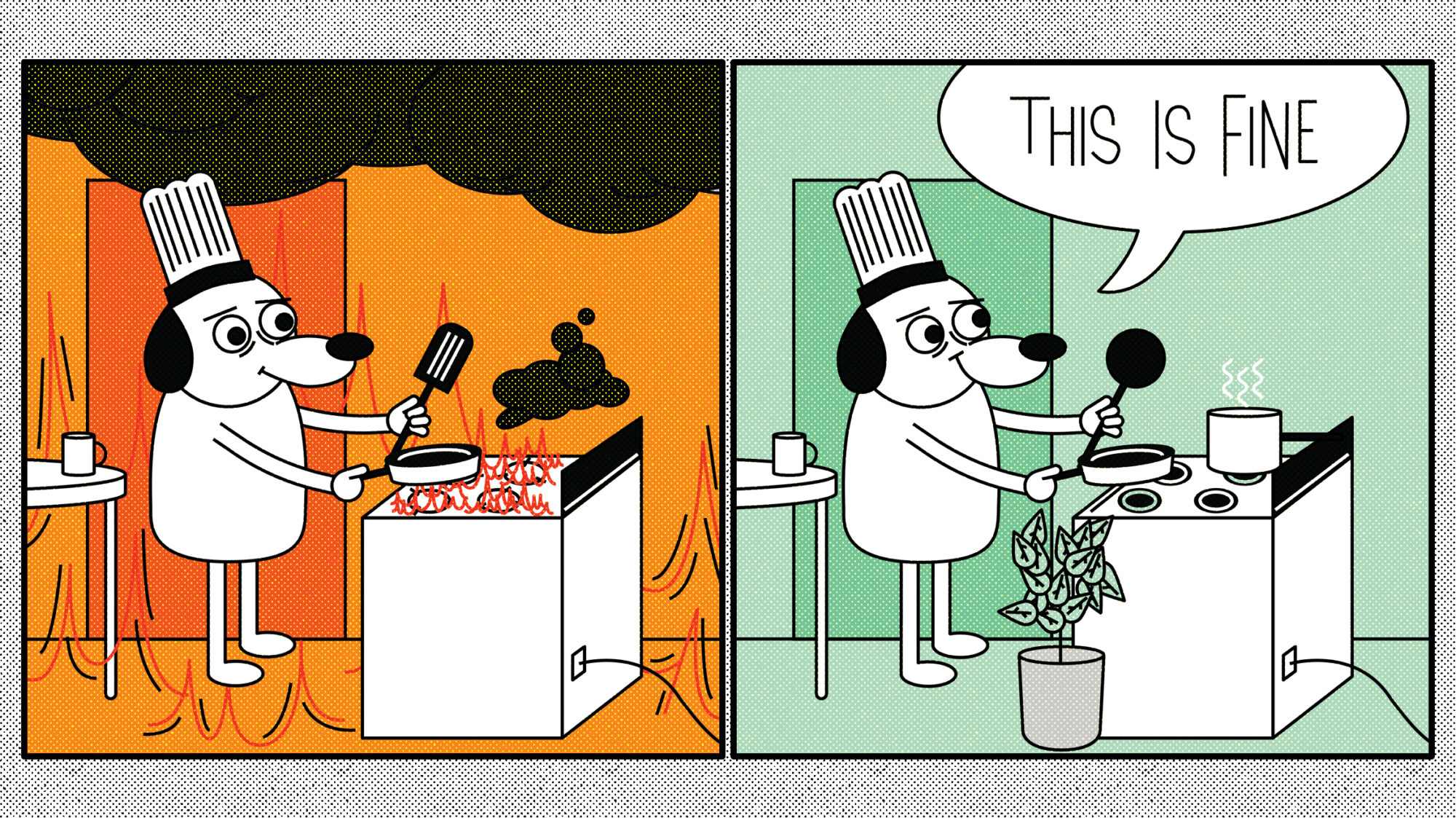 Regulations and environmental benefits have placed electric ranges into focus. Here’s what you need to know.

The primal appeal of leaping flames. The illusion of control. The character-building (and knuckle-hair-singeing) heat! Despite all the ways gas cooking has been valorized as the preferred choice of decorated top chefs and passionate home cooks—largely thanks to efforts by the fossil fuel industry itself—electric cooking has never been hotter.

These days, with environmental factors top of mind, more and more are converting to electric cooktops and ranges. According to data from the Environmental Protection Agency (EPA), residential and commercial buildings contribute 13 percent of all greenhouse gas emissions. In comparison, agriculture contributes 11 percent. Heat and hot water make up most of the gas emissions in these buildings, followed by gas stoves.

The majority of American households are already equipped with electric ranges, but in certain regions, like the Northeast and the West Coast, gas is the predominant fuel source for cooking. As states like California and New York pass legislation stipulating that future construction projects are to be powered by electric energy, the conversion to electric will likely only grow over time. Whether you’re considering switching to electric or just want to make peace with your induction burner, here are some facts.

Cooking With Electric Is Better for the Planet, Hands Down
Gas stoves use combustion technology to ignite natural gas, mainly planet-warming methane, into a flame. One by-product of this is carbon dioxide, the same bad stuff cars release into the air and a major contributor to global warming. Meanwhile, electric ranges rely on the local power grid, which is an increasingly cleaner form of energy. Granted, the electric grid is still largely powered by fossil fuels, but with a strategy known as “electrify everything,” the more plugged in to electric we are, the easier it will be to cut down on greenhouse gases as the grid is decarbonized over time. And while cleaning up the electrical grid might seem like an uphill climb right now, there is simply no way to similarly clean up gas-powered combustion technology.

New research from environmental scientists at Stanford has found that gas stoves leak methane not only during cooking but also when a stove is off. Over a 20-year period, emissions from all household gas stoves in the United States would equal the carbon dioxide output of 500,000 cars.

Electric Cooking Is Better for People, Too
Cooking with electric affects the environment inside your home, too. A 2017 report published by the Indoor Environment Group at Lawrence Berkeley National Laboratory revealed that, without proper ventilation, cooking with gas can lead to elevated indoor levels of nitrogen dioxide, among other things, that would otherwise exceed the EPA’s regulations in an outdoor space. Excessive exposure to these pollutants has been linked to respiratory problems like asthma, especially among children, and chronic lung inflammation. “The EPA only regulates things that Congress tells the EPA to regulate,” says Brett Singer, PhD, coauthor of the report. For now, that doesn’t include our homes.

It’s also worth mentioning that the act of cooking puts a host of pollutants into the air. For this reason, ventilation is key to maintaining healthy indoor air quality, whether you’re pan searing chicken thighs on electric or gas. And for ventilation, Singer makes it clear that a fan or hood that merely recirculates the air won’t cut it. “The best thing is to pull the pollutants out of the kitchen and send them outside,” he says. If your range hood doesn’t do that, cracking the windows is another option.

Electric Cooking Appliances Are Getting Way Better
There are two types of electric cooktop cooking, and they are not created equal. Cooking on metal coils, exposed or hidden under a ceramic glass surface, is the predominant form of electric cooking in America, but induction technology is emerging as the superior method. (Electric ovens, on the other hand, all rely on a similar heated element technology, though higher-end brands might work better and faster.)

Induction cooktops use magnetic currents to generate heat, building friction between the burner and the pan so that the pan itself becomes the heat source. This is what makes induction cooking so efficient (induction is reportedly three times more energy efficient than gas) and safe (the cooktop itself doesn’t heat up, which means fewer burns and accidents). Electric coils, on the other hand, rely on conduction (as in, the coil has to heat up first, then transfer heat to the pan), which requires an inordinate amount of time.

Induction currently makes up just 3 percent of the electric cooktop market, but that number is likely to grow as the technology gets better and cheaper. Even the most entry-level induction cooktop works fast and reasonably well at lower temperatures, making scrambled eggs and chocolate tempering a burn-free breeze. They can get flaming hot, too—just without the flame. “The responsiveness is incredible,” says Bridget Bueche, a professional chef and electric appliance consultant with over 30 years of experience.

With induction, you can char, blister, boil, and sear just as well as you can with gas—and in some cases, even better. (Bringing a pot of water to boil takes around a quarter of the time with induction.) Equally impressive is how induction uniformly and consistently heats pans (assuming the pan is properly sized for the burner), which means less scorching at low temperatures and an even sear at high ones. “I have not had one limitation,” says Bueche. In fact, any pan will work on a coil burner. Meanwhile, pans made from ferrous material containing iron work on induction. This includes cast iron, carbon steel, and stainless steel cookware, but not copper, aluminum, or glass. Just pop a magnet on the bottom to see if it passes the test.

Despite what you might think, a ripping-hot cast iron pan can, in fact, do pretty much anything a gas-lit flame can do, from charring peppers to toasting up a puffy flatbread. And even if some starchy bean water or sticky sauce bubbles over, the induction burner’s surface is cool to the touch, which means your spill won’t bake into that crusted mess we can all imagine. “There is nothing on the market that’s easier to clean,” Bueche adds.

There are two types of electric cooktop cooking, and they are not created equal.

Learning Curve? More Like a Mild Incline.
Switching from gas to electric, induction or not, will take some getting used to—but not much more than acclimating to a new car. “One of the big adjustments is that it takes so much longer for a pan to heat up,” says Aaron Hutcherson, a recipe developer at the Washington Post who recently switched to a non-induction electric range after moving into a new apartment. Admittedly, it wasn’t his immediate preference.

“I wanted a gas stove because that’s what I was used to,” he says, noting that cooking on electric coils has made him much more cognizant of a recipe’s timing. “Initially, it was a little frustrating, but it’s an easy enough adjustment to make,” he says. Hutcherson rearranged his workflow and uses his newfound waiting time to attend to other kitchen tasks. “Also, know that it’ll take longer for the temperature to adjust when you turn the knob,” he adds. (With induction, however, the modification trends in the other direction—it’s incredibly fast.)

Once you master the differences, particularly with induction’s various control settings, like incremental temperature changes and the digital display, the upside is considerable. Bueche compares the switch to leveling up your technology, like getting a new iPhone. “Everyone does adapt; that’s just life when you’re upgrading,” she says. (Considering that there are wok-ready induction burners, it’s safe to say that induction really can do it all).

You’re Probably Already Doing It
If you own an electric rice cooker, a water kettle, an air fryer, or an Instant Pot, then you already know the value of electric cooking. These appliances are so popular because they are efficient, precise, and reliable. And over time, they’ve become cheaper, too.

Interest in electric cooktops, particularly induction, is only going to grow, especially if efforts to reverse global warming focus on reducing greenhouse gases. “Sometimes, the news makes it seem like it’s happening today,” says Bueche. “But this is a 20-year span.” Which is all to say: electric is just heating up.

3 Ways to Switch to Electric Cooking