Get a free recipe
Subscribe
Cooking Advice for the Ambitious and Confused
By: Eliza Dumais Illustration: Nick Hensley 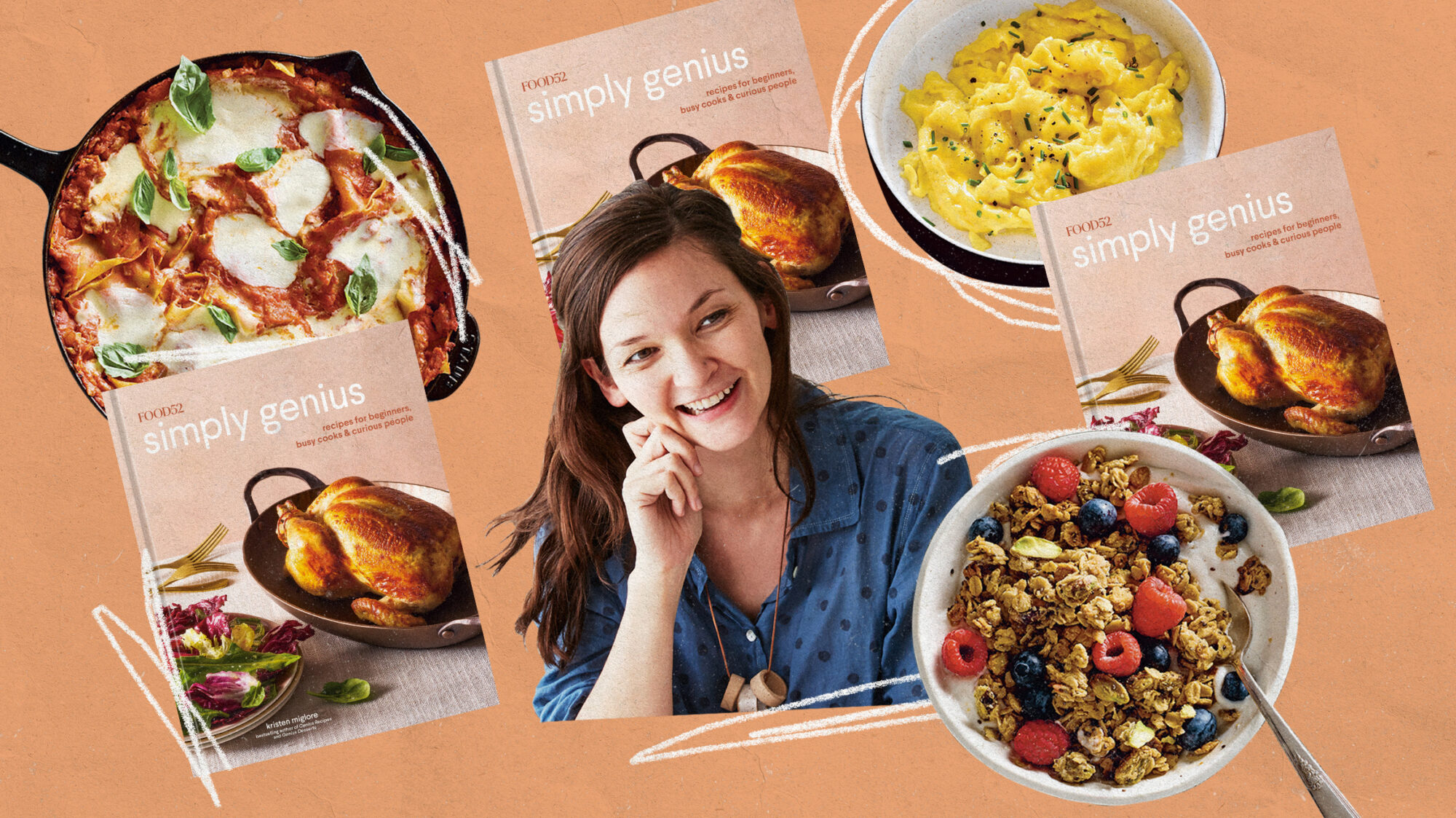 After 13 years at Food52, cookbook author Kristen Miglore has seen it all. Now it’s sharing time.

Kristen Miglore knows what your scrambled eggs are missing. It’s not butter or cream. It’s not some specialty cast iron pan forged by Swedish monks. The secret is cornstarch. “I promise you, in 15 seconds, you’ll have a decadent, magic, silky soft scramble. No need to make time for the low-and-slow method,” she says on a recent Zoom call.

This is precisely the sort of practical cooking advice for which Miglore is famous. As a founding editor at Food52 and creative director at the brand’s spin-off project Genius—a concept born of Miglore’s editorial column of the same name—she’s been tracking down and sharing recipes that contain legitimately memorable bites of kitchen wisdom since 2010. Recipes that are, well, genius. Think tahini granola that bakes in just 15 minutes, so it will be ready before you’re done cleaning up; spinach sautéed with honey for next-level texture and flavor; a tremendous focaccia that requires no kneading or specialty tools.

“These are the recipes you share with your mom or a friend. At a dinner party, you’re like, ‘Hey, here’s this super cool trick I learned from this recipe,’” says Miglore, who often finds herself faced with the impossible task of plating creative meals designed to suit her and her husband, as well as their four-year-old daughter—all within the confines of a modest apartment kitchen. “I remember the first time I encountered Marcella Hazan’s tomato sauce recipe with butter in the early aughts,” she says of the famous recipe that, at the time, seemed to break many a traditional culinary rule. “That was the first time I was like, ‘Oh, butter in tomato sauce.’ That’s the kind of brilliant little hack that will stay with you forever. That’s what I’m looking for: recipes that change the way you cook.” 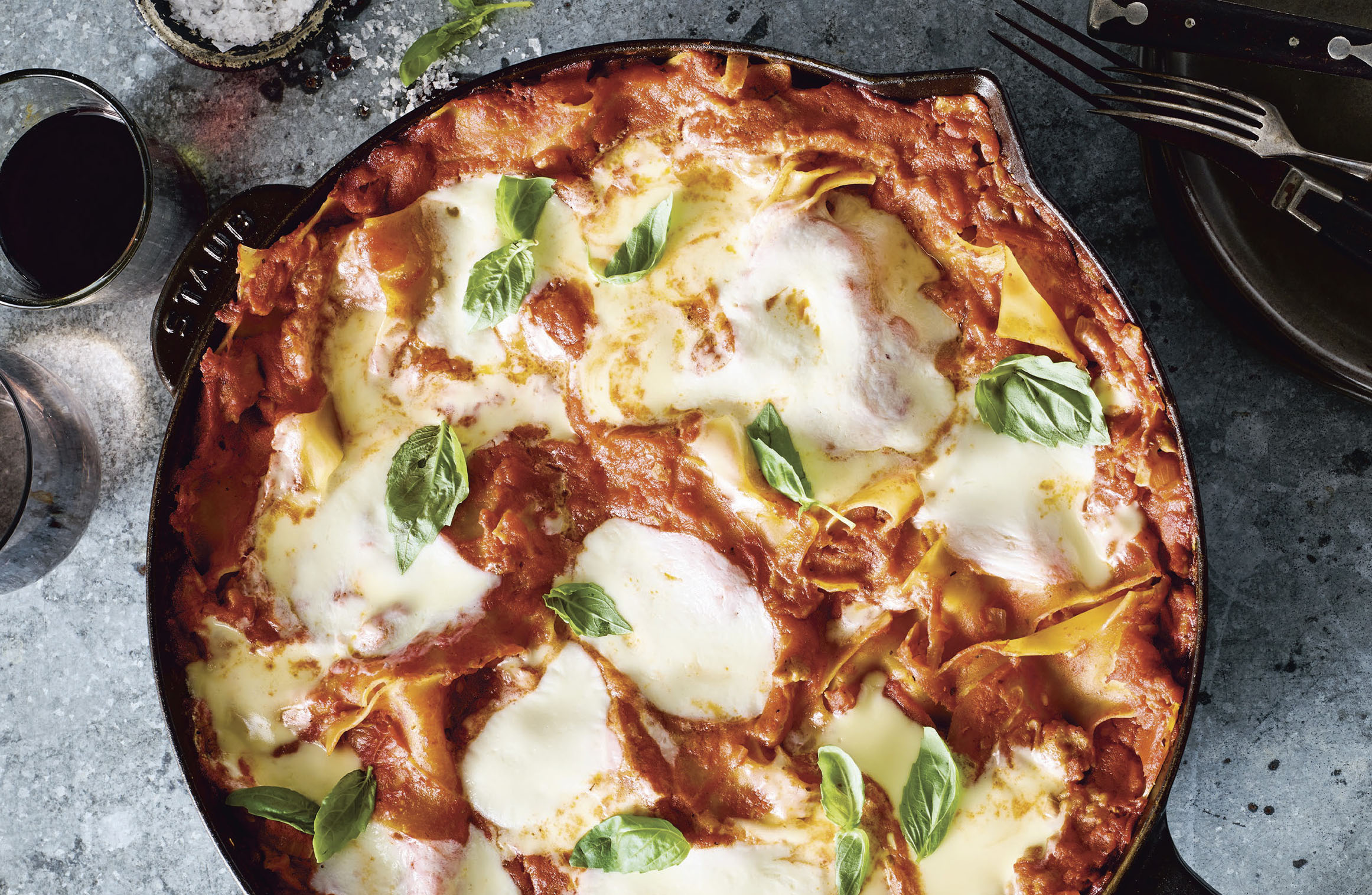 With 13 years at Food52 under her belt and two cookbooks born of the Genius column, Genius Recipes and Genius Desserts, Miglore has started to write a new culinary chapter—this time, as a mother. “I feel like I learn new things from [my daughter] every time she cooks with me,” she says of her four-year-old. “I’m constantly revising my habits, my recipes, my idea of what constitutes ‘dinner.’ It’s a really special experience, and it’s absolutely informed so much of my newest cookbook.”

Like its forebears, Miglore’s newest release, Simply Genius, is more spell book than recipe rolodex. But it has its notable differences, too: It lacks the clean corners and staunch minimalism of so many trending cookbooks. Instead, it’s almost scrapbook-like, littered with arrows and circles and the sort of margin notes you might have scrawled yourself at the edge of a recipe card, back when recipe cards were more than vintage relics. And it’s meant to be splayed open on the counter, dusted with flour, covered with splats of maple syrup and tahini-ed fingerprints. It’s not meant to teach you recipes, exactly. It’s meant to teach you how to cook. I caught up with Miglore about no-fail shakshuka, cooking with children, and reviving days-old leftovers.

How did Food52’s Genius column start?
At the very start of Food52, we didn’t have much of a team. We didn’t have an office, either. We met at one of the cofounder’s apartments a couple of times a week, and we cooked, took photos, and wrote. And as the site was growing, we thought we might want to run a “basics of cooking” column—but the more we thought about it, the more we felt like it had been done before. We weren’t bringing anything new to the table. We were bored. Then one day, we were talking about that Marcella Hazan pasta sauce recipe, which was a bit of a viral recipe at the time. And what made that recipe so special was that it had this distinctive twist to it—this one step that was kind of unforgettable. And that was when one of the founders turned to me and was like, “That’s your column. That’s what you have to write.” So I did.

Not all the recipes were viral, of course. Many hadn’t gained much traction. But everything we included had to have that one “you’ll never guess what I learned from this recipe!” element to it. It really had to stick with you.

Your column has been running weekly for over a decade. How do you continue to track down new recipes after all this time?
At first, I had no idea how I’d find a new recipe each week. It seemed a little bit daunting. I had a few to start with that I’d stumbled across in my own research and at home. The cofounders had some ideas as well. But I knew that would only last me so long—so, at the bottom of the very first column, I added a callout, asking readers to share the genius recipes they’d encountered in their lives and what was so special about them. Immediately, we got more amazing responses than we knew what to do with. So, from the very beginning, the charge was led by readers.

Then what makes a “genius recipe”?
The bare-bones definition for me has always been: recipes that will change the way you cook. That was the subtitle of the first cookbook, and then the second one was focused on recipes that’ll teach you how to bake. So that’s always been the elevator pitch. Simply put, these are recipes that have some memorable detail that helps them stand out from other recipes for similar dishes—some detail that really sticks with you, that you’ll go back to.

You know, someone just asked me if I had a good crab cake recipe, and I was like, “I have the perfect one. I wrote about it like 11 years ago, and here’s what was special about it.” So there’s something in these recipes that really stays with you, that makes you want to tell people about it. But on top of that—and maybe most importantly—a genius recipe has to be the sort of thing that can fit into your life. We don’t all have the time to be cooking all day. You don’t want to share a recipe with friends that costs thousands of dollars in materials or cooking equipment. These are recipes that we all can really make with the resources available to us.

What makes Simply Genius different from your first two cookbooks?
I’d started thinking about this book four years ago, when I was still the creative director of Food52 as a whole, before I’d fully pivoted to working on the Genius brand. We were doing all kinds of different visual experiments and lots of infographics, and we were talking about new ways of shooting things. And we wanted to bring that kind of scrapbook-like, margin-note energy to a cookbook. We’d already made plenty of cookbooks through Food52 that were relatively similar in template. They’ve all felt pretty . . . serious. Or strict. But at the same time, the whole brand was getting a little bit more playful and colorful. So, for this book in particular, we wanted to bring in all the visual elements that we loved playing with on the site.

Did your vision for this book change over time?
Entirely. The intention, when we first started working on this one, was to create a super-dedicated beginner’s cookbook, with recipes that were as simple as humanly possible. But by the time we were done with it, we’d lived through a global pandemic, I’d had a baby, and I’d gone on parental leave. In that time, I’d been learning how to cook on a new schedule, and how to cook meals with ingredients that would feed my toddler and me and my husband, even if they were prepared differently. In lockdown, we lost childcare, so I needed recipes I could make while taking care of my daughter. So, while the book started out as solely a beginner’s cookbook, by the end, we’d changed the subtitle to “Recipes for Beginners, Busy Cooks, and Curious People,” because the recipes are meant to be simple enough to fit into your life, no matter what that means to you. 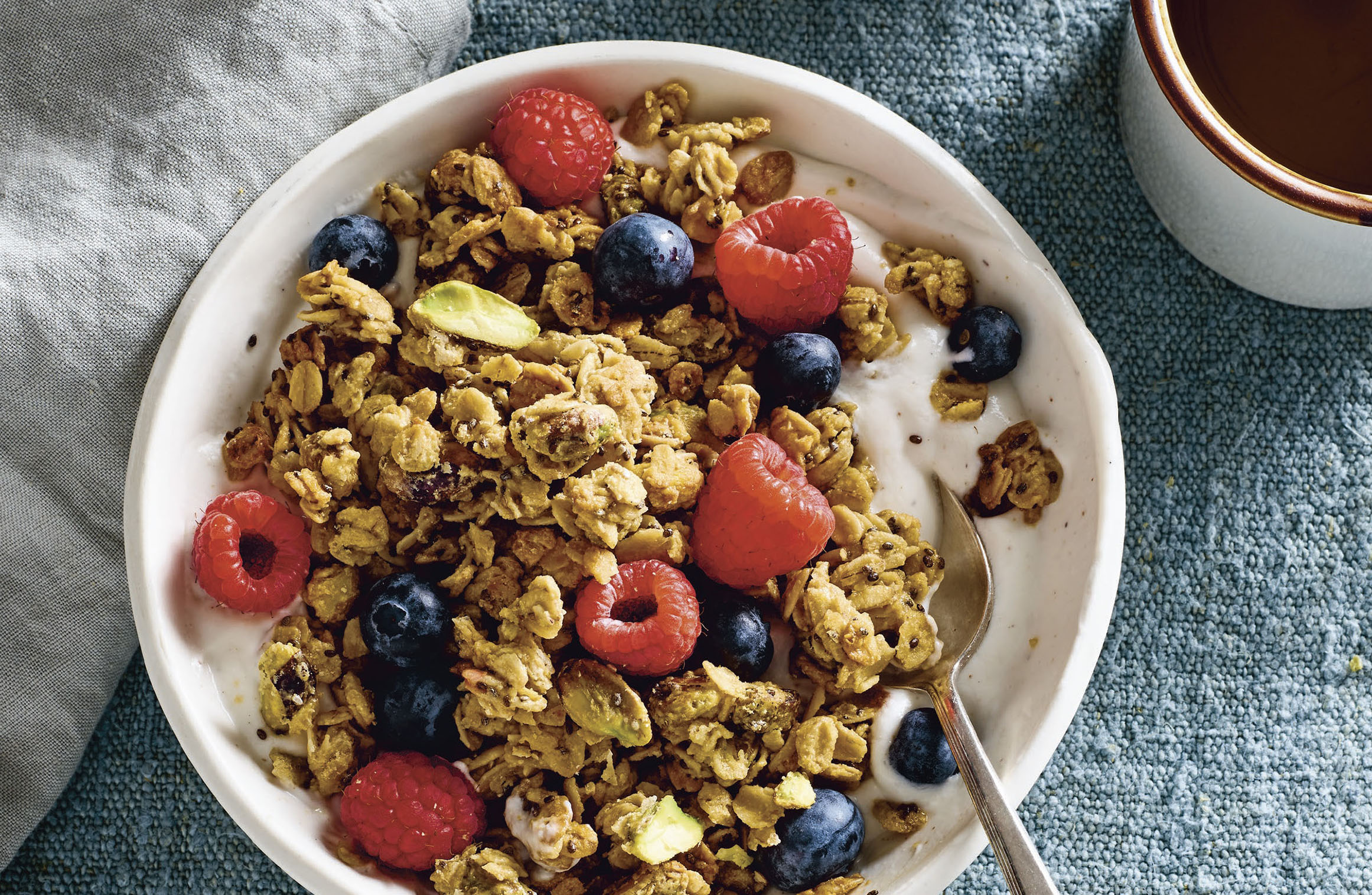 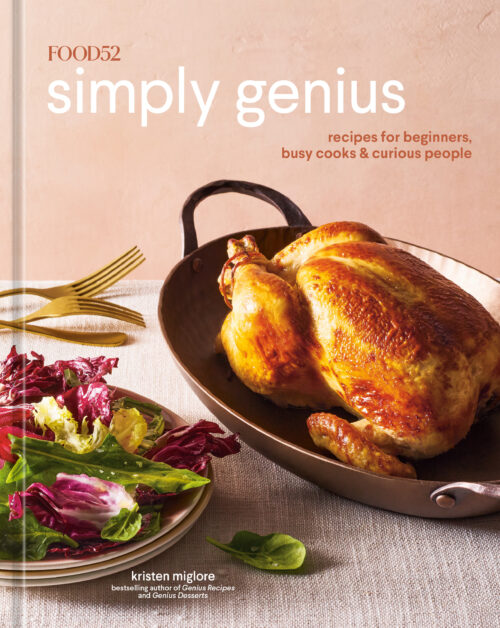