Get a free recipe
Subscribe
Chocolate Mousse: Bringing It Back From the Dead
By: Allison Robicelli Photos: Kylie Thompson 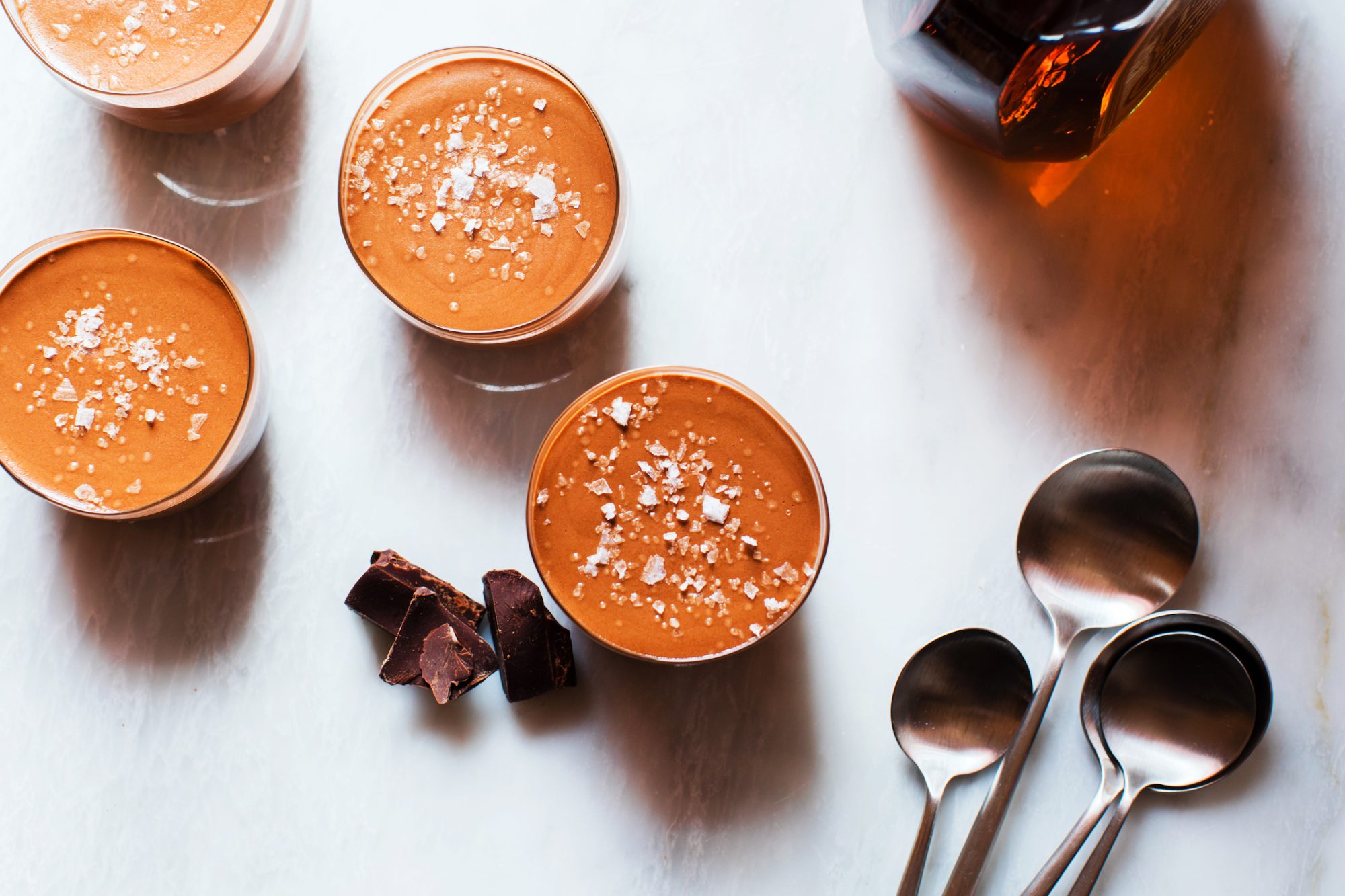 Raise your hand if you have ever, ever tasted a true chocolate mousse.

Chocolate mousse exists in the pantheon of indisputable classics served in the only type of restaurant that will ever truly matter: the steakhouse. Reliably, there are raw oysters and caviar, roasted potatoes and thick slabs of densely marbled meat. And for the final act, you can almost always count on a dram of single malt scotch to accompany the only dessert that could dare match the perfection that came before it: chocolate mousse.

Two-to-one odds say none of you people have ever, ever tasted a true chocolate mousse. What most of you have been eating is a weak adaptation that has evolved over the dessert’s life span—more of a pudding mixed with whipped cream. If you had the real thing, chocolate mousse would be on every restaurant menu in America. You would never ask, “What dessert should I make for my dinner party?” because the answer would always be chocolate mousse. You’d understand why your grandmother had an entire cabinet filled with exquisite china bowls and crystal goblets and dainty teacups with matching saucers: because all of these could be vessels in which chocolate mousse could be served for absolutely any occasion.

Chocolate mousse is an edible paradox: light and airy, yet also sinfully rich and indulgent. Its components are already the most desirable of edibles on their own, but through a bit of culinary manipulation, they incredibly are made even more spectacular. It must always use the finest chocolate available, and if you’re partial to a bit of a tipple, a bottle that resides high on the top shelf. The finished mousse may be sandwiched between moist layers of genoise, piped into baseball-size orbs of choux pastry, or frozen into bombe molds before being swaddled in chocolate ribbons and crowned with razor-sharp praline. But it can also be scooped into a teacup and scarfed down with a spoon. So why is it that we no longer find ourselves preemptively trembling with ecstasy when we hear the words “chocolate mousse”? Why has it been banished from modern dessert menus in favor of dishes like “sheep yogurt/bee pollen/cacao ash”? Likely because, as with most of the most beautiful things in this world, we’ve found a way to systematically strip it of all the magic it’s supposed to hold. Chocolate mousse used to elicit a Pavlovian response of lustful excitement. Now, unless you’re one of the wealthy few who can work a top-notch steakhouse into your routine, you’ve been subtly trained to understand the name as code for heartbreaking disappointment.

We’re now in an age when we are avenging the culinary sins of the 20th century. We demand steaks that have been carved by celebrity butchers, oysters with an eco-friendly backstory, potatoes with pedigree. And we must give proper credit to the dessert that is so extraordinary, it can convince a human who has consumed upward of 4,000 calories in a single sitting that it would do him well to hang around just a bit longer. Chocolate mousse is the only thing that could properly cap off a night in which one eats as if the world will end before dawn.