Get a free recipe
Subscribe
Chickpea Flour Is the Hero of Shiro
By: Tammie Teclemariam Photos: Alexa Bendek 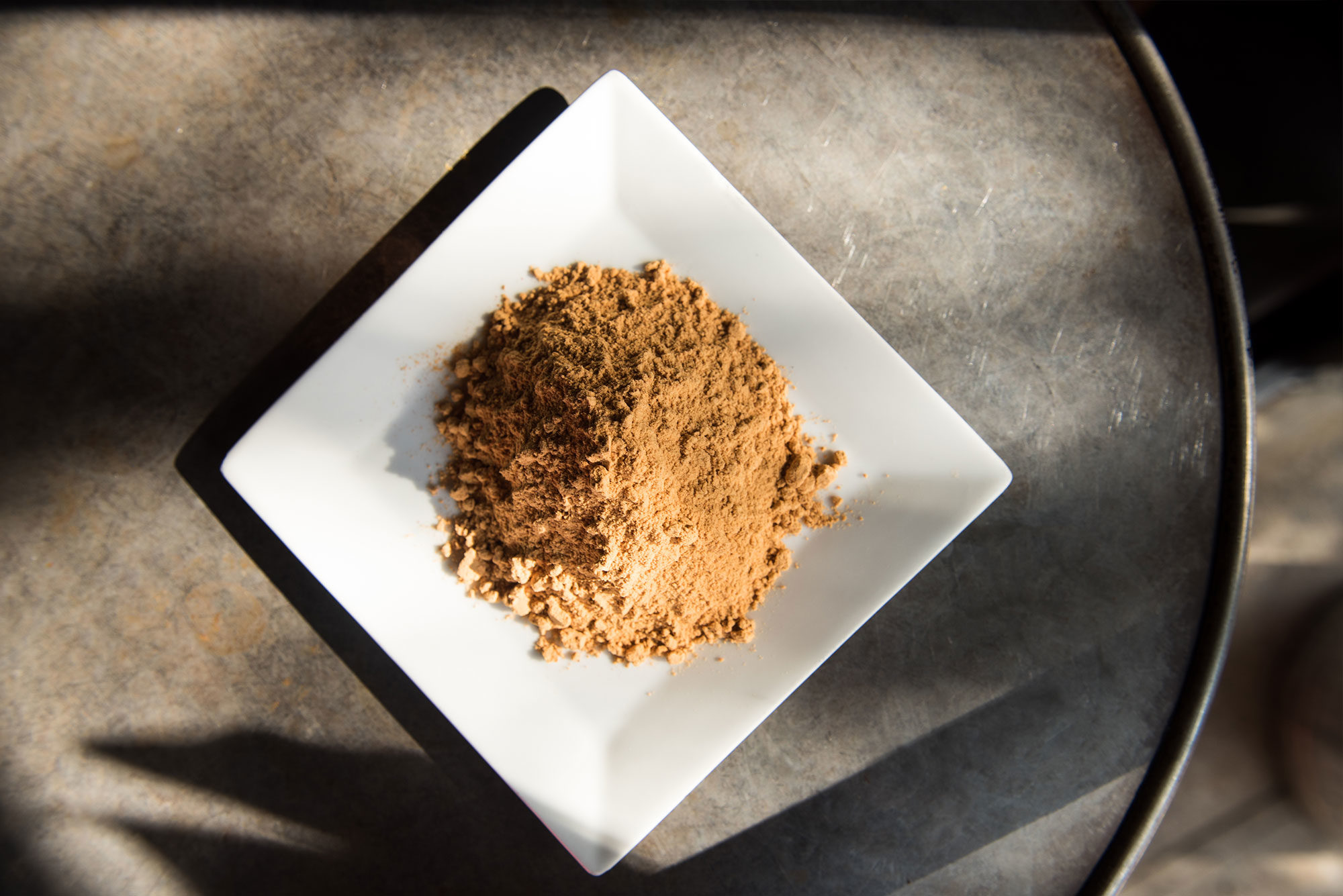 The Ethiopian and Eritrean staple is often freshly ground from chickpeas and spices. But for home cooks, there’s a shortcut.

It can be easily argued that Ethiopian and Eritrean cuisines contain some of the greatest vegetarian food in the world. Since so many of these dishes evolved through history in a culture whose people abstain from animal products during frequent religious fasts, the menu at your local Ethiopian restaurant is, I would guess, at least half vegetarian—with a minimum of five distinct legume preparations. Among all of these choices, one dish stands out: shiro, king of all legume dishes.

Shiro defies categorization in the Western dietary canon. If it were cold, we’d call it a dip, but served warm with a side of tangy salad and plenty of fresh injera (the spongy and fermented flatbreads found throughout Ethiopia and Eritrea), the smooth, pumpkin-colored chickpea mixture is closer to a sauce. Nourishing by necessity, yet luxurious in its smoothness and flavor, shiro is too delicious to get tired of. And like hummus and pita or peanut butter and jelly, shiro with injera is a reliable, filling meal that millions of people look forward to every day.

Most shiro made in homes and restaurants is prepared from a purchased seasoned chickpea-flour blend (sometimes including other legumes as well) that cooks in a mixture of sautéed garlic, onion, and water. For most of my life, this dry shiro mix only ever came from the suitcase of someone returning from a visit to Africa. But in actuality, it’s not that hard to find shiro powder on this side of the world. In diaspora hubs like Washington, D.C., and its suburbs, it can sometimes be found in small stores that sell fresh injera and a variety of Ethiopian and Eritrean spices. I order mine online from Oakland’s Brundo, a company that grew out of an Ethiopian restaurant and that sources its products directly from its own processing center in Ethiopia.

The process of making traditional shiro mix is a complex sequence of sprouting and seasoning dried legumes with wet and dry spices before drying and milling. But some restaurants, like Bunna Cafe in Brooklyn’s Bushwick neighborhood, are willing to take the project on. Co-owner Liyuw Ayalew tells me that the shiro at Bunna is made from split dried chickpeas sourced from the United States, which gives them more control over the freshness. The chickpeas are ground in-house, then cooked with berbere and brown cardamom from Ethiopia.

It never crossed my mind to make shiro at home until I picked up Yohanis Gebreyesus’s cookbook, Ethiopia: Recipes and Traditions From the Horn of Africa. Gebreyesus’s method calls for lightly roasting regular chickpea flour in a dry pan before blending with berbere and freshly ground cardamom, nigella, and ajwain (aka bishop’s weed, white cumin, or netch azmud) seeds. Over email, Gebreyesus explained that the flour is toasted in order to cook the chickpeas slightly and impart a nutty flavor. The shiro at Bunna Cafe, in Bushwick, is made from ground dried chickpeas, brown cardamom, and berbere.

I was skeptical, but I tried it using Brundo’s berbere and Bob’s Red Mill garbanzo flour and was pleasantly surprised by the results. It took a little more water to prepare than the imported mix, but the flavor was pretty spot-on, and even better after letting it sit for a few hours and then reheating it.

It’s hard to imagine a pantry stocked with berbere, nigella, and ajwain that wouldn’t also have shiro powder, but it’s a good trick to have in your back pocket. If I were to make it from chickpea flour again, I’d probably add some grated tomato to the frying aromatics for a little extra moisture and sweetness.

The biggest difference I have found among shiro powders is the amount of salt, which can range from none to an aggressive amount. You can taste the powder before cooking. If it seems underseasoned, add a pinch of salt when you add the shiro to the pot; otherwise wait until it’s almost done cooking and season to taste at the same time you add the clarified butter. It is common to omit the butter at the end to keep this dish vegan.

While it cooks, shiro tends to both stick and splatter, so don’t leave a pot unattended for long, and cook on the lowest flame you can achieve. As it thickens, the mixture will want to scorch at the bottom, so stir often and shield yourself with the lid while you do so. Also, if it’s your first time making it, err on the side of a longer cook time. Undercooked shiro has the same gritty quality as undercooked beans. At Bunna Cafe, Ayalew emphasizes that “the longer it cooks, the better.” Smooth shiro is the name of the game.

If you know where to get fresh injera, lucky you. Personally, I happily eat shiro with toasted pita or lavash, lots of chopped tomato salad in a sharp vinaigrette, and plenty of raw jalapeño.