Get a free recipe
Subscribe
What Is Chicago-Style Pizza?
By: Max Falkowitz 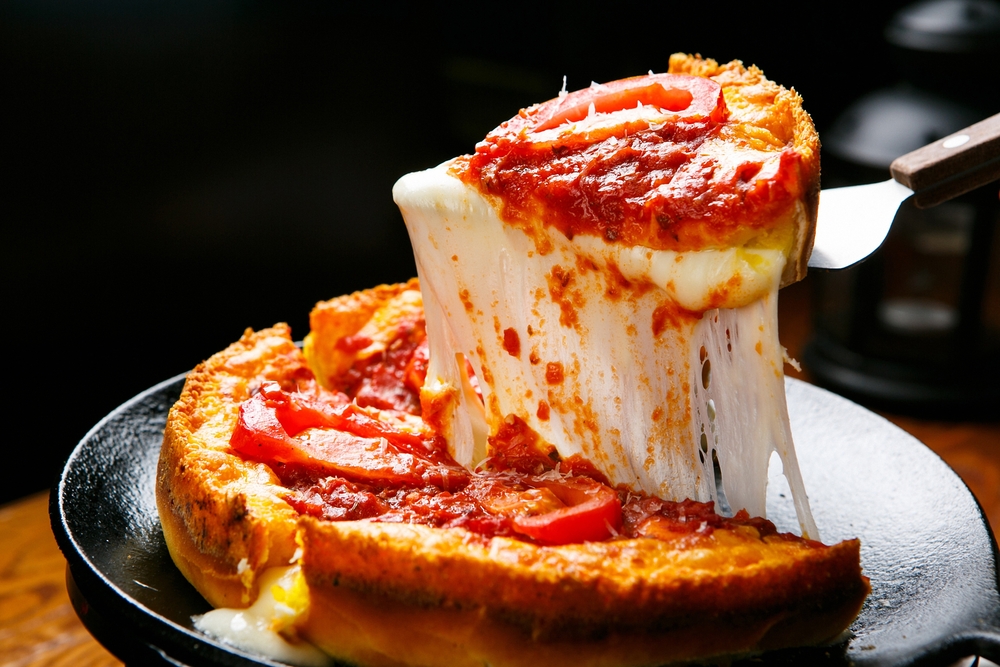 How to understand the pizza that coastal snobs dismiss as a casserole.

Even if you don’t know exactly what goes into Chicago deep dish pizza, you probably have a sense of what it is: a thick, heavy pie from casserole country, pizza too rich to eat with your hands and unabashedly abundant with gooey cheese. That depiction isn’t far off, but it’s not the whole story. In fact, Chicago pizza culture is made up of several distinct styles, one even thinner than a typical New York slice.

Deep-dish pizza—made from a sturdy oil-enriched crust pressed into a cylindrical pan, layered with sliced mozzarella, and topped with a thick crushed-tomato sauce and hunks of Italian sausage—is a special-occasion food for Chicagoans, not an everyday slice. That goes double for stuffed-crust pizza, which adds a second layer of pizza dough between the cheese and sauce.

Chicago’s daily pizza is something else entirely: the tavern pie, a whisper-thin crust topped with sauce and blistered cheese, then cut into small squares for sharing. A lot more manageable than a pie plate of deep dish, and plenty delicious on its own.