Get a free recipe
Subscribe
Where Does Cashew Chicken Come From?
By: Max Falkowitz 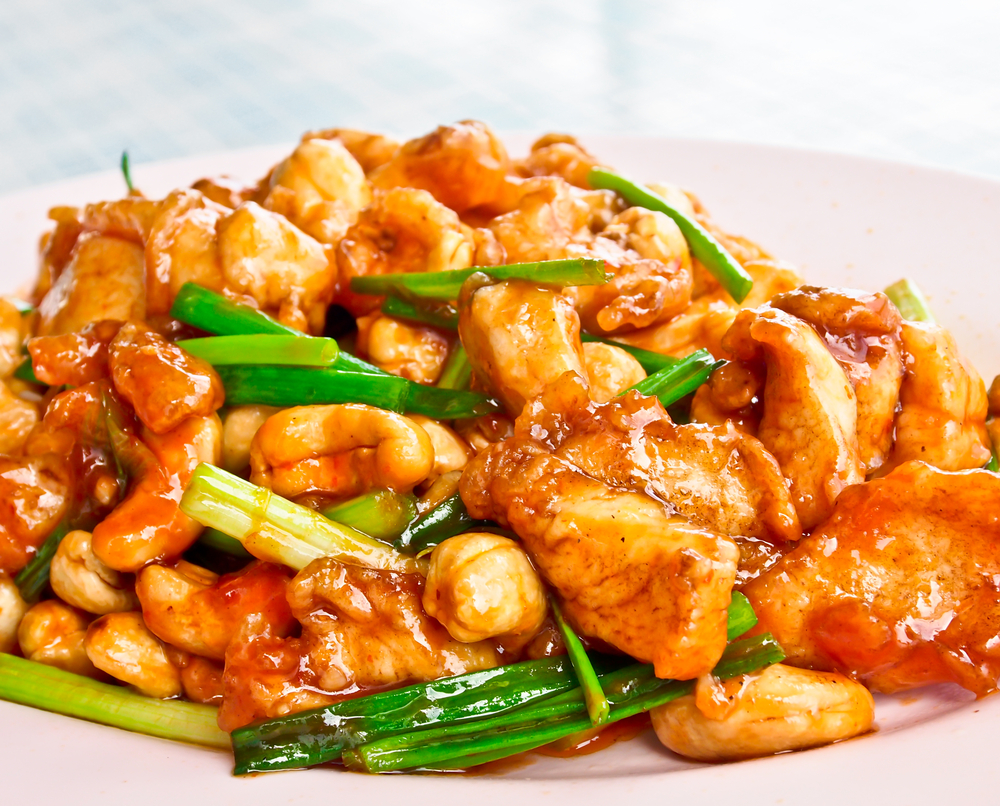 Though Chinese-American takeout classics like General Tso’s are a world apart from actual regional Chinese cuisine, they often can trace some lineage back to genuine Chinese recipes. But in the case of cashew chicken—that garlic-brown-sauced delight of chicken pieces stir-fried with vegetables and loads of cashews—the source is all American. Cashew chicken is the invention of one David Leong, a skilled Chinese chef who immigrated to the U.S. in 1940 and struggled to find an audience for the Chinese cooking he loved.

According to the Springfield News Leader, in 1955, Leong met a neurosurgeon named John Tsang who was vacationing in Florida. Tsang, impressed with Leong’s cooking, offered him a job in Springfield, and since Leong had no idea where Springfield was, he was down. Tsang did wind up building that restaurant and several others, as did Leong as Ozarkers learned about his cooking. Leong served the first plate of cashew chicken in 1963, in an effort to create a Chinese dish that Springfielders would take an instant liking to. They did, and in the following decades, Springfield-style cashew chicken has become the unofficial dish of the city.