Get a free recipe
Subscribe
The Case for Very Long Recipes
By: JJ Goode 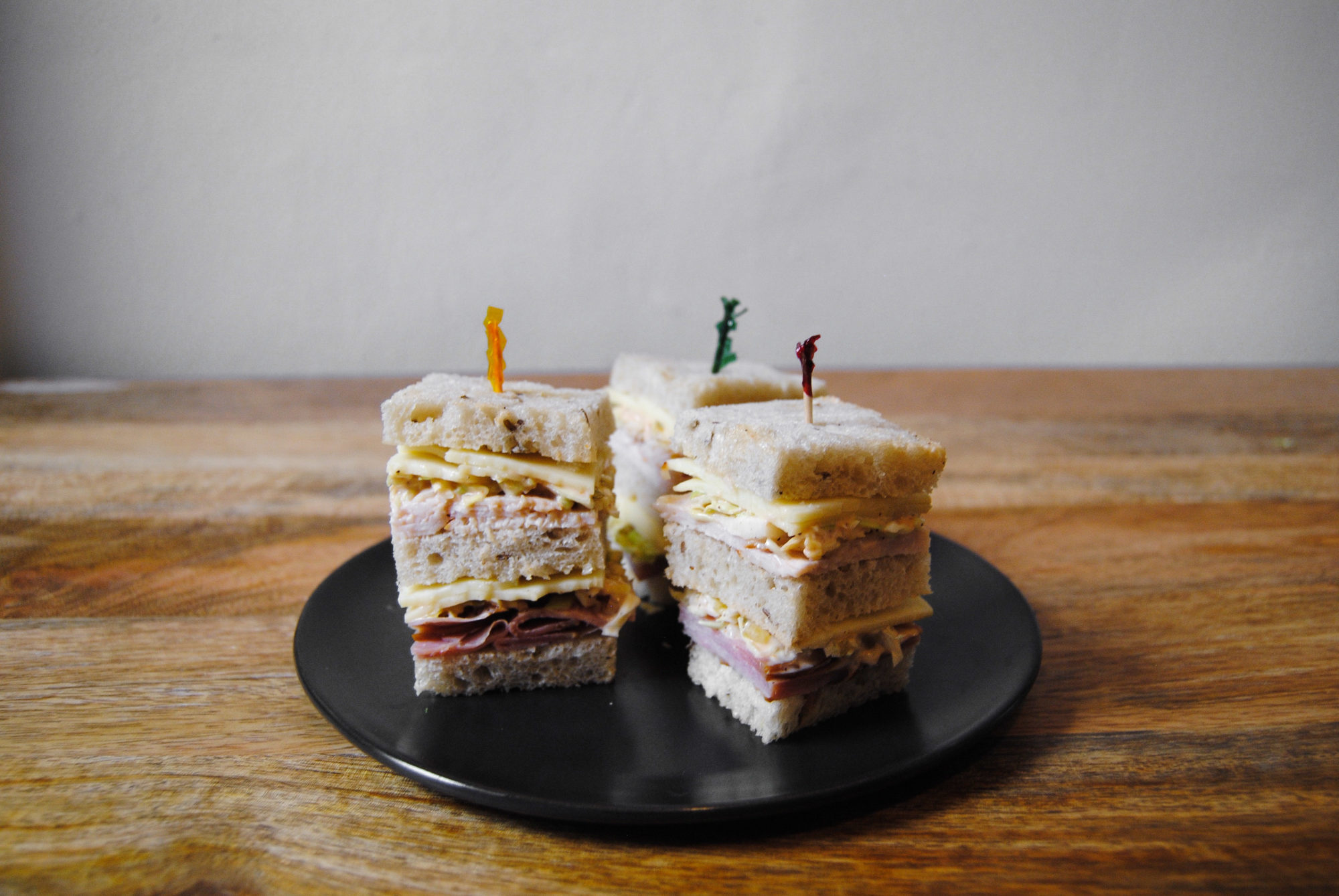 Short recipes seem simple—until you turn on the stove.

You’re flipping through a cookbook when you alight on a particularly tempting dish. You just have to make it, so you glance at the recipe. Suddenly, indigestion sets in. The list of ingredients is interminable; the method stretches to three pages—no, four! You make it through just two dense paragraphs of instruction before you slap the book closed and wonder what kind of masochistic monster wrote this thing. Hi! That would be me.

I write recipes for a living—a couple thousand so far, for close to 20 cookbooks. Mostly, I wrest these recipes from chefs. Sometimes I pry them from my own head. Before I stumbled into this odd job, I resented long recipes. More words suggest more work. And I don’t want to work. I just want to make dinner. Yet after a solid decade of eating the results of both short and long recipes, I’m now a proud evangelist of the latter. I want a recipe that describes and explains, that encourages and consoles. I want a recipe written for cooks who are as foolish and anxious and emotionally needy as I am.

Before my awakening, I was drawn to the brutal efficiency of the short recipe. You know, the type that leans heavily on culinary jargon, eschews the words “a” and “the,” and otherwise sounds like it was composed by a hungry robot. We all follow recipes like these. We “put cream in bowl.” We “dredge in flour mixture.” We “knead until smooth and elastic.” At first, this brevity encouraged me, all that blank space on the page yelling, “Look how simple this is!” Now I think it’s rude. Because sure, short recipes seem simple—until you turn on the stove. Once the oil is hot and the stakes are high, what at first appeared enticingly easy seems preposterously presumptuous. For example, what does it actually mean to “whisk until emulsified”? That verb, does it mean to stir using a whisk? Or to make the beating-egg motion? Or the whipping-cream one? Do I stop as soon as the liquids are emulsified? Do I give it a minute so the emulsification sticks? Can you overemulsify? And what the heck does it look like, anyway, when something has emulsified—or as the dictionary tells me, “when a liquid is dispersed in an immiscible liquid usually in droplets of larger than colloidal size?”

What about the universal direction to bring a liquid to a boil, lower the heat, and simmer? Straightforward, right? Well, I have ruined enough cream sauces, stews, and pots of lentils to know that the concept of a simmer deserves qualification: Is it bare, gentle, moderate, or so vigorous it verges on a boil? After all, the degree of that simmer will determine how fast the solid ingredients in the liquid will cook and whether the liquid will become a rich, tasty sauce—or be reduced to a scorched sludge.

Even an instruction as simple as “sauté until golden” makes me panicky, as I parse the distinction between golden at the edges, fully golden, and golden brown and confront the fact that I’ve never really understood what “sauté” means. In other words, by design, short recipes exclude information, abandoning home cooks to their common sense. And I don’t know about you, but I don’t have much of that.

The good news is that people have already charted this territory. Cookbook writers of yore have identified the factors that give home cooks a reasonable chance of replicating the dish in question. Like waves crashing against rocks, their toil has given shape to recipes. You know the drill. Ingredients are listed, their preparation described: Onions are 1 or 2, large or small, red or yellow, diced or sliced. Processes are stipulated: Heat such-and-such fat in such-and-such pan over such-and-such heat. Add the onions and cook, stirring sometimes, until something happens, about some minutes. Writing a decent recipe just requires filling in the blanks.

But writing a truly useful recipe—one that specifies whenever precision is vital but also encourages flexibility to account for the vicissitudes of cooking—requires room to run. It needs space to tell you, for instance, that an onion shouldn’t be merely “thinly sliced” but that the slices should be half-moons, that the onion should be cut with or against the grain, and whether achieving the requisite thinness requires an estimate or a ruler. It needs space to explain that the ideal pot for your French onion soup is one in which those slices fit in, say, two or so layers, instead of leaving readers to wonder if their “medium pot” is medium enough. It needs space to guide you past pitfalls like premature browning and hold your hand through the elusive determination of whether the onions are sufficiently cooked or whether a few more minutes would level-up the dish. For the inept cook, details like these can prevent everything from second-degree burns to grease fires to, nearly as bad, disappointment. Converting the artistry and instinct of cooking into efficient exposition—I’m basically a professional philistine, turning every Picasso into a paint-by-number—begins with diligent investigation. So when I begin the task, I channel Robert Mueller. I don’t just want to know whether a chef dices onions. I want to know how he trims the onions, which series of cuts he uses to produce what precise dimensions of onion cubes, where he bought the onion, where he got the money, and whether he has ever had any contact with WikiLeaks. No information seems too obvious to convey to my cohort of cooks. If it were up to me, each one would start from the top: “First, extract yourself from your iOS device, then, using your legs, transport yourself to the stove.”

Fortunately, it isn’t up to me. At least, not entirely. I have editors, who patiently remind me, and chef-collaborators, who indicate with scowls, that a recipe need not solve every challenge a cook might encounter—that the oven he set to 450°F actually runs 50 degrees cooler or that the iPhone-size jalapeño he bought at Publix rings in at approximately four Scoville Units. And anyway, some space must be spared for the other great benefit of the long recipe—its ability to forge a bond.

That’s because it has the capacity for more than functionality. Instead of the just-the-facts quality of an Ikea instruction manual, it can reveal the author’s preferences and biases, express humor or affection or emotional dyspepsia. In other words, it lets the reader get to know the person they’re entrusting with their dinner. Which is nice, because while cooking can be a chore, it is always a more intimate task than assembling a side table.

Rather than a disembodied didact, the author can become a friend at the stove. Your kitchen companion might remind you to inhale deeply above a pan of browning mushrooms or melting pancetta. She might offer a gentle reprimand when the pace of sugar’s transformation to caramel tempts you to step away from the pan to fold laundry. She might even grumble about how, even though she’s the supposed expert and has made caramel a hundred times, she still occasionally scalds the sugar (or herself).

Pithy or endless, no recipe, of course, can guarantee success. Yet when tomato sauce erupts or steak is overcooked, at least a long one reminds you that you’re not alone.

This recipe comes from The French Menu Cookbook by the late, legendary Richard Olney. He wrote cookbooks that exalted simple home cooking, in the same tradition as Elizabeth David, and was a master practitioner of the long recipe. I like so many things about this one—for a dish that, in general, doesn’t really move me.

I like how he puts the prep instructions in the method, where they can be sufficiently detailed, rather than confining them to the ingredient list, where they can’t be. I like how he advises you to start cooking the onions before prepping the other ingredients (though I can’t forgive his omission of the ideal pot size), which is a practical suggestion that few short recipes have the space to provide. And in particular, I like this little master class on how to help normal people succeed at reducing a liquid: “[F]irst, the liquid will foam up—it must be rapidly stirred to prevent it from boiling over—then it will settle down to a loose, rapid boil, and finally, as it approaches the correct consistency, it will bubble in a more explosive way. There should be around 1/2 to 3/4 cup of syrupy liquid remaining….”

Not only can you be sure that these detailed instructions will help you succeed in making the dish if you decide to attempt it, but his obvious care in their construction might even convince even a ratatouille skeptic to get cooking in the first place.