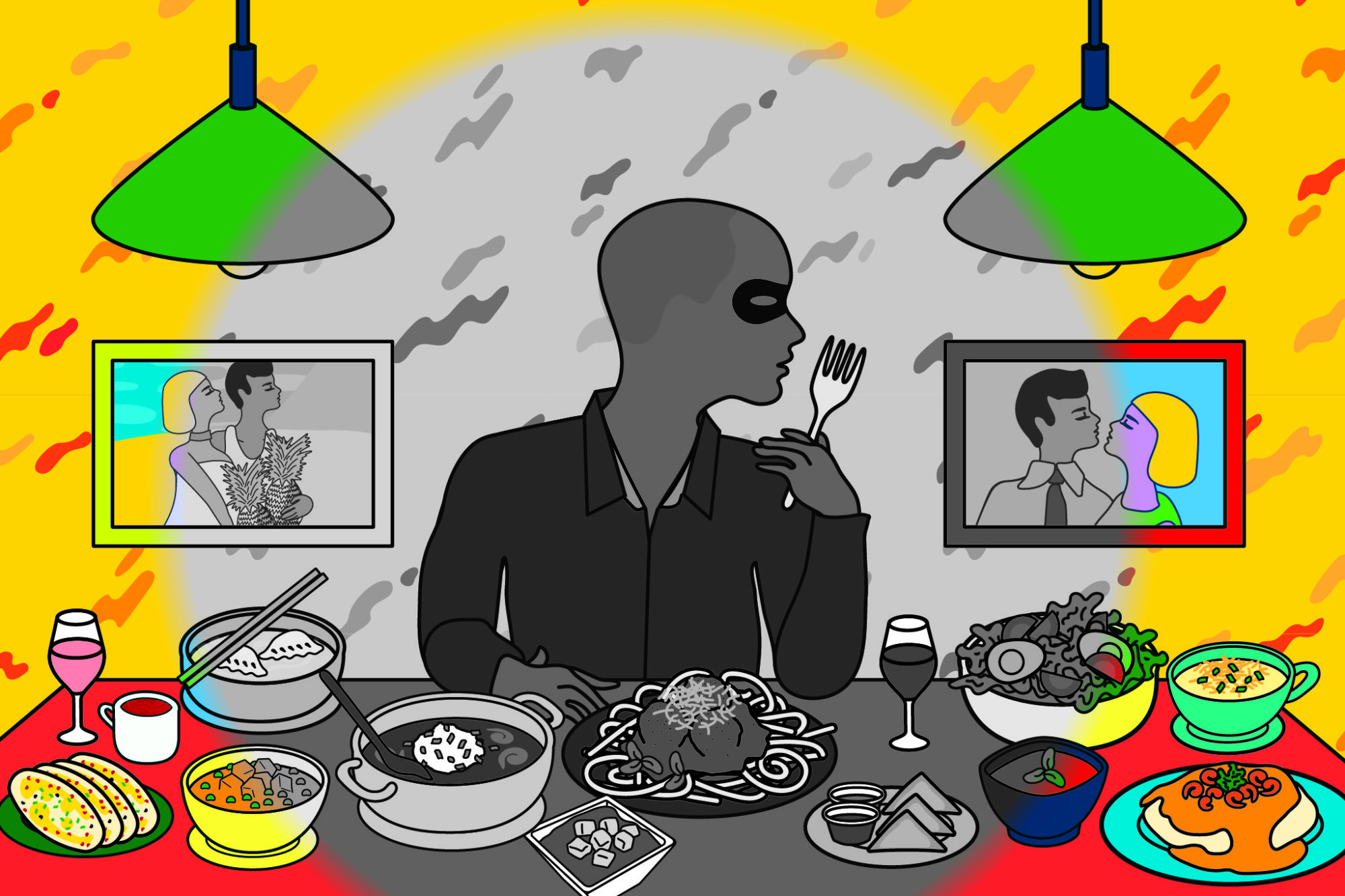 Powerful chemo drugs save lives, but they also kill taste in the process. What’s a patient to do?

Brick Briscoe, who enjoyed dining out with his wife and salivating over juicy burgers, didn’t expect cancer to take this joy away from him. Last year, before he started a chemotherapy treatment known as Hyper-CVAD for non-Hodgkin’s lymphoma, doctors in Evansville, Indiana, warned the 57-year-old musician that the treatment would not only wreck his body but could change familiar tastes and flavors for the worse.

Briscoe didn’t think much of this last warning, simply assuming it would not happen. But by the third day of the drug infusions, he found his sense of taste had dulled. Each bite of the ostensibly comforting foods his friends brought to the hospital, like an extra-spicy chicken quesadilla or oozy ham and cheese sandwiches, tasted like low-quality butter—think about the airy packs served with pancakes at IHOP—or weak butterscotch. The deadening of taste lingered for months, making the act of eating a chore, until Briscoe’s treatment ended and his palate returned. When he sought out taste alongside life-sustaining calories, it usually was miserable.

“I would think to myself, ‘This looks so good, I’m sure it’s great,’ and I would sit there and eat it, but I never felt satisfied,” Briscoe says about his meals of medium-rare rib eye steaks and Thanksgiving turkey during treatment, adding that he would continue to eat—sometimes overeating—with the hopes of somehow feeling satiated. “I’m probably one of the few people who gained weight during chemotherapy.”

According to the Centers for Disease Control, a staggering 650,000 people endure the assault of chemotherapy every year. In addition to devastating side effects like a weakened immune system, fatigue, hair loss, and extreme nausea, chemo also leaves many people with radically altered palates during treatment, ranging from muted flavor perceptions to painful hypersensitivity. Dietitians, chefs, and recipe developers, however, are looking into meals and ingredients that help push back against chemotherapy’s unpredictable effects on people’s tastes. The goal is to help patients get through months of grueling rounds of chemo, and for mealtime to be less punishing. It’s a tall task.

Like Briscoe, Cal McAllister’s 80-year-old mother, Joan, of Sarasota, Florida, wasn’t prepared for how her chemotherapy treatment for an aggressive form of breast cancer would affect her relationship with food. Before she got sick, Joan had a major sweet tooth, and though she was prepared for the months of nausea and hair loss, nothing had readied her for the shock that decadent chocolate ice cream bars—what she thought would be a frozen comfort in the face of the treatment’s attack on her body—turned into a grainy mush on her tongue.

“There just wasn’t any joy in eating. It didn’t make me happy anymore,” Joan recalls. “It was just a job to chew tasteless stuff.”

McAllister, the founder of the Paper Crane Factory, an ad agency, realized that hundreds of thousands of chemotherapy patients shared his mother’s emotional distress regarding food during chemotherapy. Seeing how she struggled to nourish herself, he set out to create a cookbook that would help others avoid a similarly depressing struggle with eating during chemo.

A team including oncological dietitians and chefs like Chris Shepherd of Houston restaurant Hay Merchant and Eric Tanaka of Tom Douglas in Seattle, many of whom had previously prepared recipes for family members and friends undergoing treatment, developed the Chemo Kitchen Cookbook, which will be released in December. Recipes like pea, coriander, and coconut soup and a mixture of pecans, cashews, and blueberries with tumeric and cinnamon were designed to accommodate a range of chemotherapy treatments and stages of recovery, as well as the fickle flavor sensitivities of cancer patients.

According to the Centers for Disease Control, a staggering 650,000 people endure the assault of chemotherapy every year.

Cancer patients’ distortions in taste are not caused by the disease itself. Rather, the effect is a potential result of the cocktail of drugs the doctors administer. Cancer cells often are characterized as those that quickly and endlessly divide; chemotherapy drugs work by targeting and killing fast-growing cells. But by attacking this broad class of rapidly dividing cells, these treatments often wind up killing non-harmful cells that also divide quickly to replace their predecessors, such as those in the tongue and lining of the mouth, where oral tissue is constantly being replaced. Treatment can result in mouth sores as well as damage to taste and olfactory receptors.

“We really encourage people to keep trying different things—what’s really great yesterday is terrible tomorrow. You don’t know what you’ll be able to taste in three weeks,” says Michelle Abbess, a cofounder and executive director of the project. “ She adds that patients should even give meals that initially trigger revulsion or nausea a second try later on.

This sentiment resonated with Melissa Zahn, who in her two years as an oncology nutrition specialist at the Wilmot Cancer Institute in Rochester, New York, has heard patients describe their taste changes with bewildering and stomach-churning language.

“I’ve had patients who’ll tell me, ‘I had half a piece of chicken, but by my fifth bite of chicken, it suddenly tastes really bad,’” she says. “Their taste changes can do a 180 right in the middle of the meal.”

Many recalled their meals tasting like cardboard or metallic, while others described them as akin to cat food. Dana Bouton, a 55-year-old photographer in Pasadena, California, says that during chemotherapy treatment, she suddenly couldn’t stomach her friend’s gooey homemade chocolate chip cookies, while a drizzle of lemon in guacamole left her tongue with a burning sensation. But Zahn says the reasons patients’ particular tastes change are still largely unexplained, noting that patients who have had identical treatments can have vastly different changes in their taste perceptions or sensitivities.

Even if there’s no solid explanation behind changes in taste perception during chemotherapy, McAllister says the cookbook aims to make eating more tolerable for people undergoing chemotherapy by offering a wide range of spice-heavy meals created specifically for unpredictable taste changes. Spices and herbs, especially those uncommon in some patients’ everyday diets, like the gochujang and kimchi featured in a recipe for pork belly and kimchi stew, may awaken patients’ tastes. Meanwhile, recipes for charred chicken over papaya salad and tangy Persian cucumbers with kinako dressing rely on citrus and vinegar, which allegedly help counteract “metal mouth” and heightened sensitivity to sweetness. And recurring ingredients, like the ginger and mint featured in the rice-crusted red trout with mandarin and hazelnut brown butter, possess cooling and warming properties that people may be able to sense in their mouth even if their taste for saltiness or sweetness is shot.

Reinvigorating patients’ taste can be a boon for their mood, but even more important, says Julie Lanford, the wellness director for Cancer Services in Winston-Salem, North Carolina, is that people regularly eat during treatment. The ability to enjoy the taste of a meal enough to get all the food down, she adds, can help ensure patients meet nutritional requirements necessary for recovering from surgery, with protein and calories being the most vital. That chemicals in ingredients like turmeric and garlic may help fight tumor growth is simply an added bonus.

“The worst case is somebody feels so bad that they lose weight and can’t get treatments,” Lanford says, adding that when patients’ “blood counts are low, and they miss treatments, that’s when we see worst-case scenarios.”

But there is some hesitation by oncological dietitians and cancer survivors about how useful a cookbook created by chefs working in fine dining could be for chemotherapy patients. While preparing spaghetti alla carbonara and smoothies with berries and oats is somewhat straightforward, Lanford says more intensive recipes, like a 12-plus-ingredient, multistep recipe for Italian-style turkey meatballs, are likely to be too complicated for people undergoing cancer treatment, who “do not want to spend their life in the kitchen” or don’t have the energy to prepare meals and don’t feel comfortable passing off the work to their caretakers.

Susan Gubar, who has written extensively on cancer and life after treatment, added that navigating meal preparation during and after treatment is highly nuanced. She herself underwent an ileostomy, a surgical operation that creates an artificial opening in the abdominal wall through which waste passes and is collected in an external pouch, as a result of treatment for her ovarian cancer. She says eating high-fiber ingredients like corn or nuts could send her straight back to the hospital. Some, she says, can “develop allergies to certain foods; other people become celiac. Who knows what the treatment does to you.”

Briscoe, the musician, never found particular spices or recipes to be useful in stimulating his taste. He eventually found comfort in bland recipes, notably Rice Krispies or peanut butter on toast, although he discovered while raising a glass of Maker’s Mark to his late mother that bourbon still resonated, as did some local honey and chocolate.

But to celebrate the eventual return of his taste perception? A greasy plate of chicken-and-bean nachos at a sports bar, blanketed with extra jalapeños to ensure he could actually savor the burn.

Matthew Sedacca is a writer based in New York. His work on food and culture has appeared in The New York Times, The Atlantic, Eater and Saveur, among others.