Get a free recipe
Subscribe
Can You Unboil an Egg?
By: Max Falkowitz 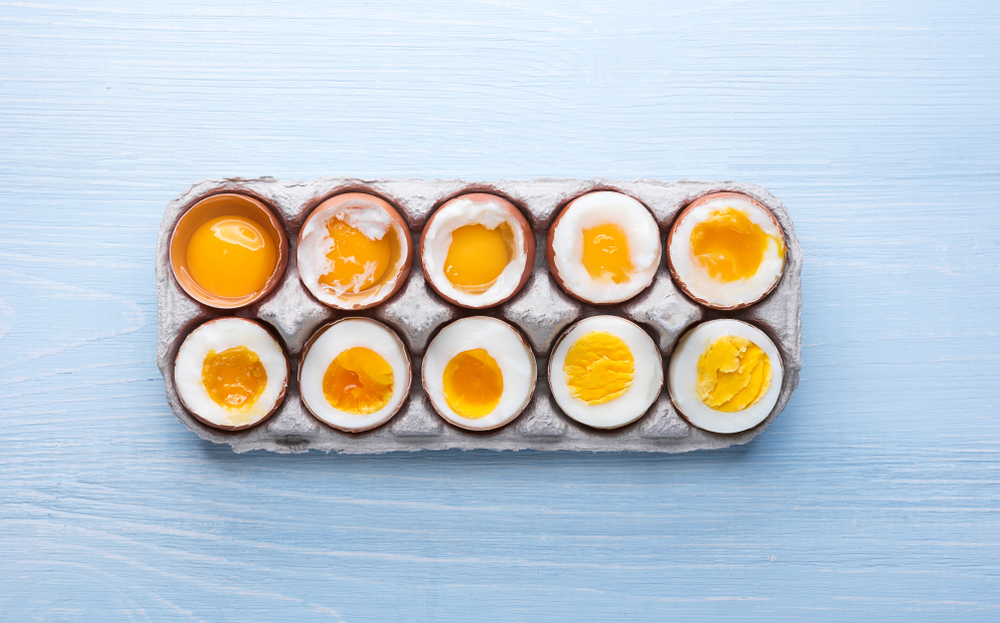 Technically, yes! Though you wouldn’t want to eat it.

Of course you can’t uncook an egg, right? That’s what scientists thought too, until a team of American and Australian chemists published a paper in the academic journal ChemBioChem in 2015, proving that you can indeed unboil a hard-cooked egg—you just probably won’t want to eat it afterward. Eggs are mostly water and protein, and when you boil one, thermal energy causes tightly wound up protein molecules to unfurl and expand in a process called denaturing. Eventually these loosey-goosey wriggly protein strands start tangling up with each other into a giant knot.

The process is called coagulation, in which these protein strands form a tight mesh that traps the egg’s moisture in a gel. It turns out that if you apply enough kinetic energy to that mesh by spinning it in a 5,000 RPM centrifuge, you can literally rip the individual protein strands apart and ball them up back into their original states. The procedure is really a proof of concept for the pharmaceutical and dairy industries, which both struggle with separating valuable denatured proteins to make medicine and cheese, and the new technique could allow engineers to do so at a fraction of the cost of current methods.

However, the process renders unboiled eggs pretty unpalatable. To reach fast-enough shearing speeds, the paper’s authors dissolved a mineral called urea in water to surround the egg in the test tube. Urea acts as a lubricant, which helps protein molecules slip past each other faster. It’s also one of the principle ingredients in, you guessed it, urine.