Get a free recipe
Subscribe
Can You Really Get High Off Nutmeg?
By: Max Falkowitz 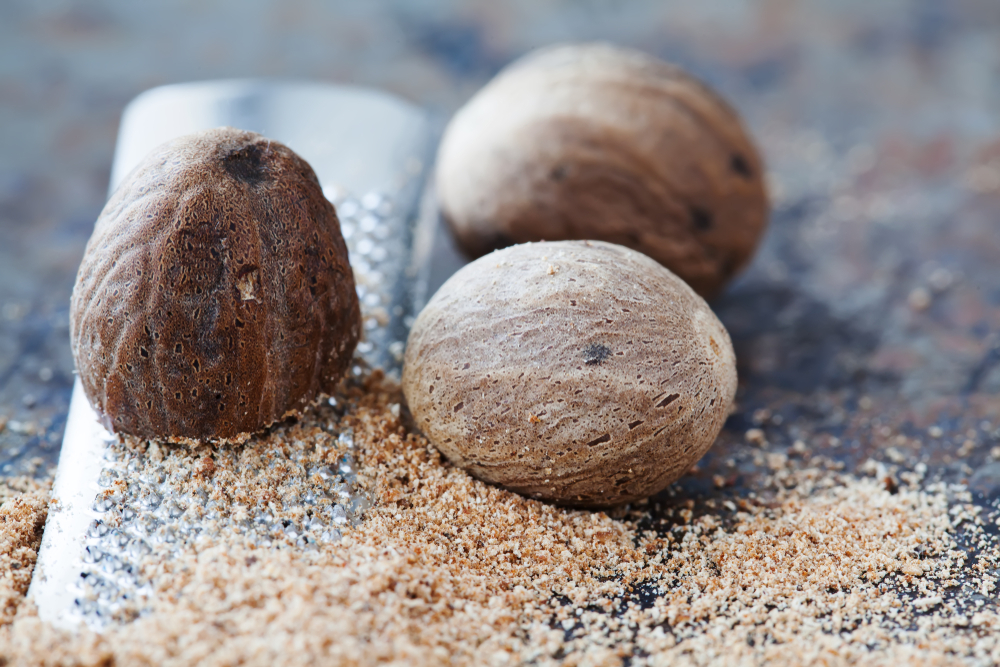 Malcolm X tea will mess you up.

It may have been an urban legend from your teen years, and it’s true: Nutmeg can get you high. Of course, you need to eat upwards of a tablespoon of the stuff, far more than any sane recipe would ever call for. But when ingested in high quantities, nutmeg’s mild psychoactive ingredient, myristicin, can induce marijuana-like spaciness, euphoria similar to small doses of mescaline, and even some hallucinations.

Water with a heavy hit of nutmeg received the name “Malcolm X tea” after the activist wrote about his experience of taking the spice in prison, saying, as cocktail expert Wayne Curtis noted in The Atlantic, that “a penny matchbox full of nutmeg had the kick of three or four reefers.” But you may not want to go too heavy on the nutmeg, kids: In high amounts it’s also kinda toxic, with users reporting nausea, loose bowels, and other unpleasant symptoms.