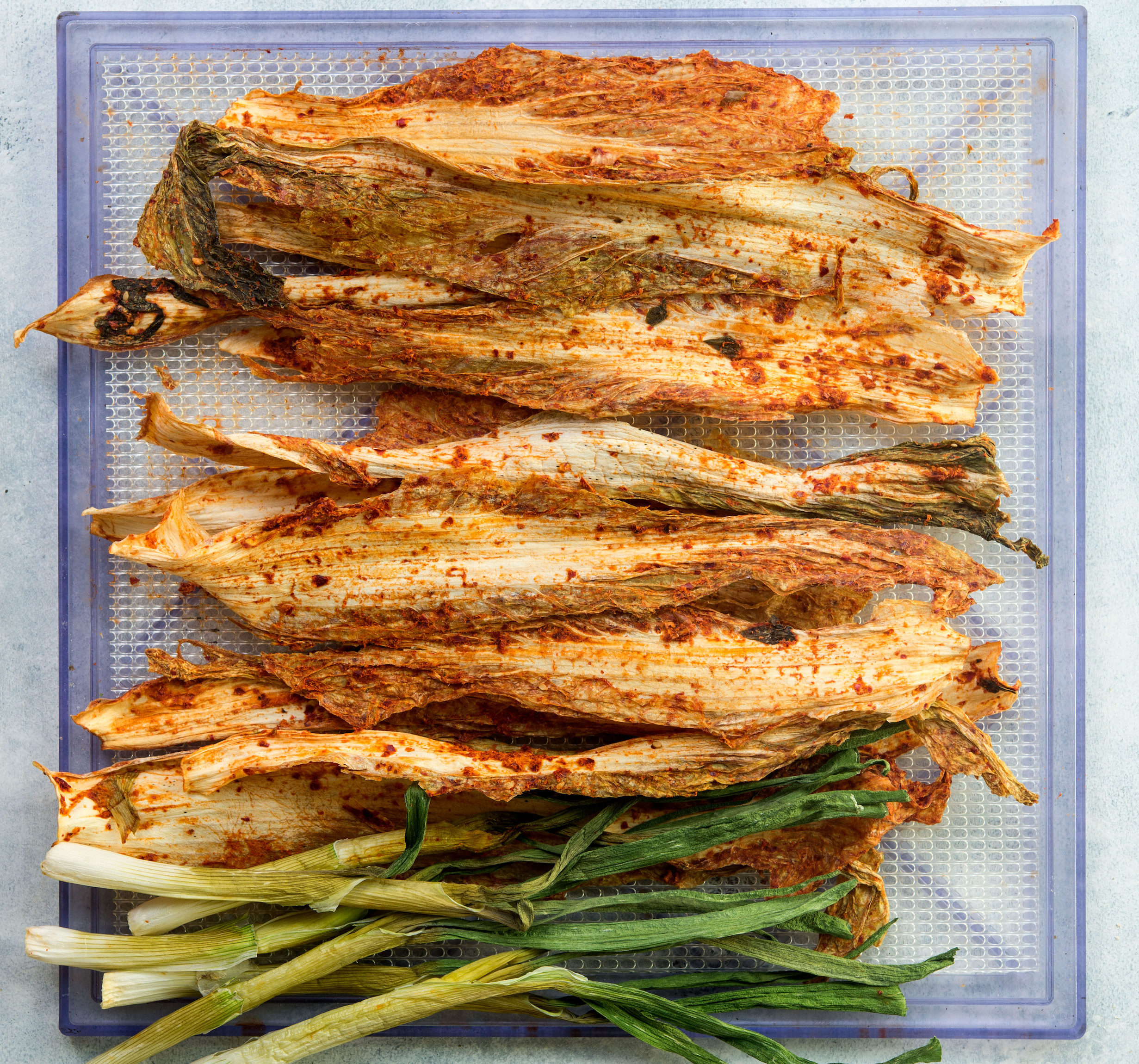 When you can transform all (okay, almost all) of your favorite foods into powders, the opportunities are endless.

When I was a kid, I was obsessed with Island of the Blue Dolphins by Scott O’Dell, a fictionalized account of a Native American girl who lived on a deserted island. I would draw pictures of myself dressed in a cape made of shiny black cormorant feathers and brandishing a spear made with sharks’ teeth. Most of all, I was fascinated by the book’s descriptions of how the girl fed herself, drying her day’s catch of abalone in the sun on shelves made of tree branches. Inspired, I put a shrimp in my Easy Bake Oven and watched and waited as its surface darkened and wrinkled bit by bit. (If you’re wondering: I didn’t eat it.)

Later in life, reading books like Harold McGee’s On Food and Cooking and Bar Tartine by Nicolaus Balla and Cortney Burns turned that early obsession into a realization that the simple act of extracting moisture from everyday foods can be transformative. I learned that at its core, dehydration is all about adjusting the moisture level of a food in order to change its flavor, texture, and shelf life. The dried food you make can be as simple as apple chips or as involved as air-dried Chinese sausage; all it takes is good airflow and a hefty dose of patience.

So many of my own food memories involve some kind of dried treat, like stringy chunks of cuttlefish and the unique experience of licking marinara sauce off of a dehydrated bay leaf. Drying food has always been an integral part of our cooking DNA, and its gastronomic benefits endure even in an age of refrigeration and chemical preservatives. So what can you dehydrate? Pretty much anything in the plant kingdom, and most animal proteins. It’s also interesting to dehydrate things already cooked or pureed—like seasoned bread crumbs and applesauce—to maximize crunchiness and/or further concentrate their flavors. Drying meat, seafood, and tomatoes increases their free glutamic acid content, making them super savory and mouthwatering. Everything, from fermented cabbage to charred scallions, is a potential component of a good seasoning salt or popcorn sprinkle.

I also learned the hard way that there are definitely some things that are best left undried. Super fatty meats like pork belly will go rancid at a much faster pace than leaner proteins. Leftover General Tso’s chicken is a definite NO, though the texture can get pretty interesting the further you take it. And I wouldn’t recommend drying fruit that has had any kind of mold—the mold will spread to the rest of the stuff in your setup and ruin the whole thing.

When you dry foods, you’re also racing against the bacterial growth that may spoil your food before it has a chance to dry out. For example, foods that are really juicy, like tomatoes or peaches, should be halved and dried quickly at a higher temperature, usually in an oven or an electric dehydrator. Meat requires similar care and should be thinly sliced and salted so it dries fast, since it’s so easy for bacteria to grow on its surface. On the other hand, you can dry flowers and herbs at a more leisurely pace by hanging them up to dry in a shady part of your kitchen.

So what about equipment? Although you don’t absolutely need one in order to experiment with drying, electric dehydrators are pretty affordable. Mine was $30 at a Korean grocery store. They usually come with a manual temperature adjuster and perforated trays that maximize airflow. If you’re lucky, you’ll get a fancy puree tray that you can use to make fruit leather or yogurt powder. If you’d rather go DIY, or if you’re stuck on a deserted island with no Korean grocery stores, you’ve got a few good options. Sun-drying is neat, but only if you find yourself somewhere sunny and with less than 60 percent average humidity (like the Island of the Blue Dolphins). Oven-drying is a classic way to do it at home: Just set the oven at the lowest possible temperature and lay out the food on a baking sheet. Add a wire rack if you want to be fancy. (And really, if you’re on a deserted island, you should also start off by making your own salt by drying seawater on a clean tarp.) While any of these options would be fine for most drying projects, herbs and flowers are best air-dried, since higher temperatures tend to obliterate their aromatic character. And don’t forget a spice grinder, blender, or mortar and pestle if you want to grind up a dried herb or vegetable into a powder. Food-grade silica packets are also helpful for preserving your food if you live somewhere with high humidity.

But once you figure it out, and once you’re able to get a decent setup going in your kitchen, you can do so much. Want an all-purpose seasoning salt with charred onion, shallot, garlic, and scallion greens? How about watermelon jerky? Dried squid you can grill and eat with a cold beer? Soup mixes you can take camping? There are also some really amazing traditional foods that I personally want to try, like Yunnanese dried milk curd, salmon jerky, and homemade tea blends.